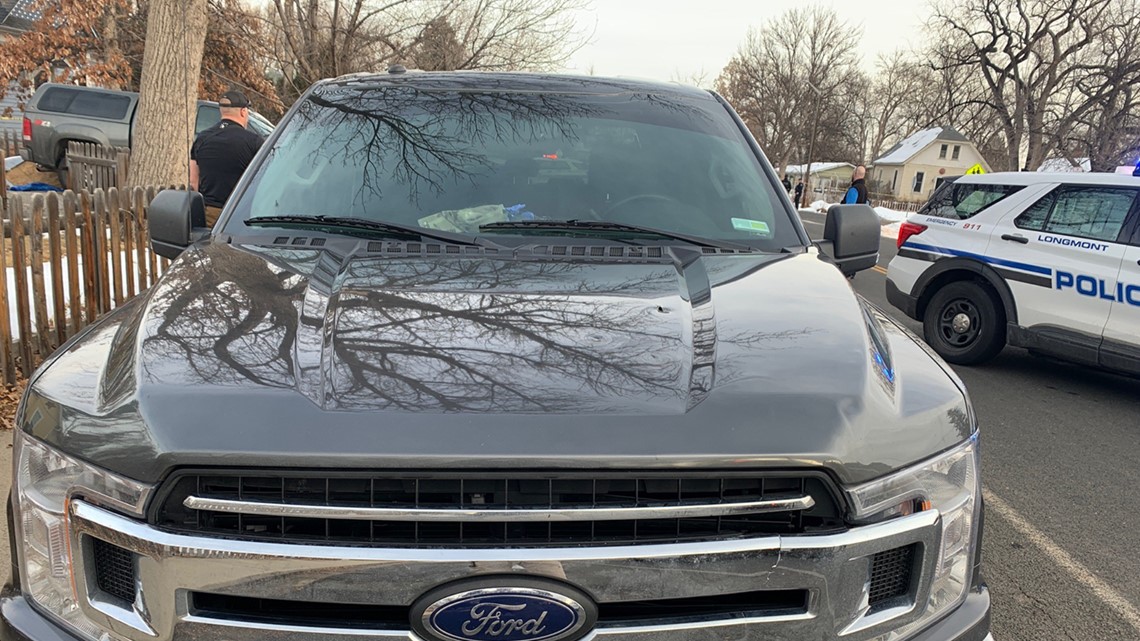 A man was hit by a police pickup truck after he fired shots at the driver and another officer during an investigation Thursday afternoon, police said.

LONGMONT, Colo — A Longmont police officer hit a man with his pickup truck after the man fired shots at officers during a car theft investigation Thursday afternoon, according to the Longmont Police Department.

Police said around 2:20 p.m. Thursday, a victim spotted their stolen car in an alley near Fourth Avenue and Baker Street and called 911. When officers arrived, they saw four people inside the car. One of them got out and ran, according to police.

Police set up a perimeter and found the man about two blocks away on Baker Street. The man fired multiple rounds at an officer while running northbound toward Longs Peak Avenue, according to police. The officer did not return fire, police said.

The suspect was taken to the hospital. There’s no word on his condition.

Streets in the area were closed while police investigated.

Police said per department policy, the officer driving the pickup truck was put on administrative leave. Because the incident involved deadly or potentially deadly force, the Boulder County Investigations Team for the 20th Judicial District is investigating. Longmont police said they will not be involved in that investigation.

RELATED: Man fatally shot while following his own stolen vehicle