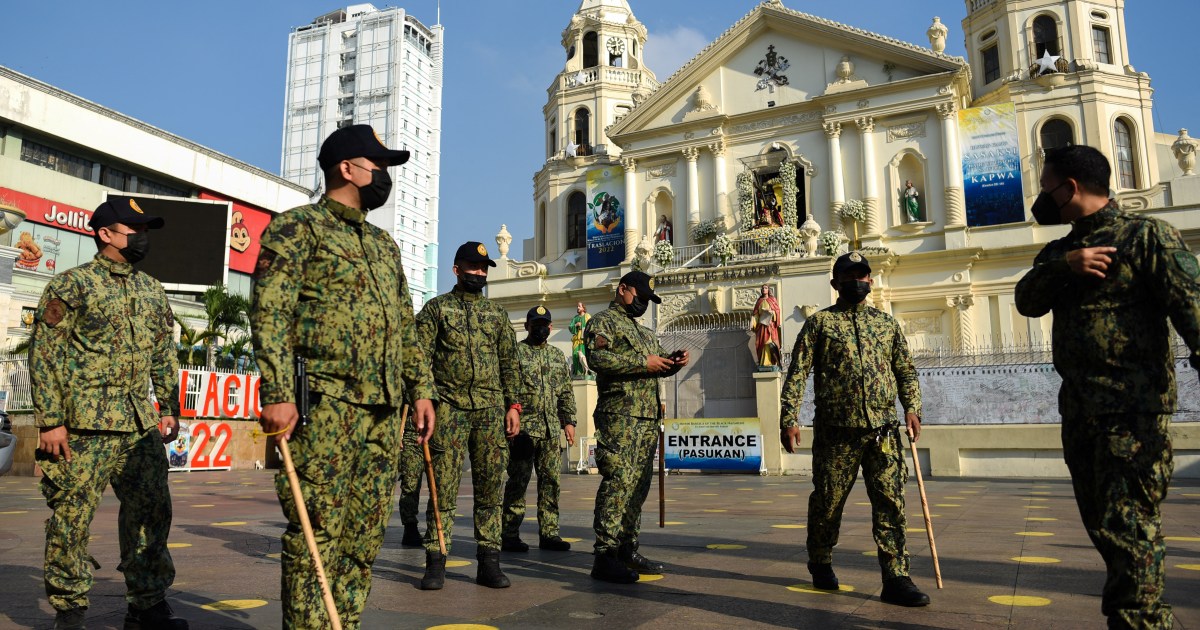 The Philippine government is looking to issue an order that would allow village officials to go “house-to-house” and record the vaccination status of all residents as it extends limits on mobility until the end of January due to a new surge in COVID-19 cases.

The move comes after President Rodrigo Duterte’s warning last week that he will order the arrest of those of have not been vaccinated to contain the spread of the disease.

Interior Secretary Eduardo Ano is expected to sign the new order, creating a “complete inventory” of the vaccination status of each of the 42,046 villages across the country, his deputy Epimaco Densing said on Friday.

“Many of the officials will have to go house-to-house and do the survey or inventory,” Densing told the CNN Philippines news channel.

“Once the individuals, specifically the unvaccinated, will be identified, they will be monitored for the purposes of whether or not they will go out of their residence for procuring essential goods and services.”

Unvaccinated residents who will go out of their residence for “nonessential purposes” could face penalties, he said.

Since the pandemic began, the Philippines has implemented restrictive orders that have been questioned by rights groups and legal experts.

In 2020, Duterte threatened to “shoot” violators of COVID-19 lockdowns.

The country registered a new daily record of 34,021 cases and a 47.9 percent positivity rate on Thursday.

The number of active cases has also reached a new high of 237,387 since the pandemic began. Almost 53,000 have died in the country due to the coronavirus.

Health officials said that the latest surge in cases is driven by the Omicron variant, but added that the Delta variant is still in circulation and was also causing many infections.

On Friday, the health department’s spokeswoman said that their data showed the peak in the latest surge will likely happen “towards the end of January even as late as second week of February”.

Following the continued rise in cases, the government announced on Friday that it will extend until January 31 the restrictions in mobility in Metro Manila and several cities and provinces across the country.

Face-to-face classes, contact sport and opening of theatres and concert halls will continue to be prohibited under the order.

Amusement parks, dine-in services and fitness facilities will be allowed for vaccinated individuals at 30 percent capacity for indoors and 50 percent outdoors.

Another waste of time and resources. Focus should be on contact tracing, not on finding out who are vaccinated or not. May listahan na po ang mga DOH, LGU at private sector ng mga bakunado. https://t.co/DgtPbiFjlN

In recent days, the Philippine government also ordered that unvaccinated passengers be prohibited from taking public transport – a move seen as a violation of the rights of Filipinos.

With the new vaccine “inventory” being implemented, there are more concerns of violations to the privacy of people.

Human rights lawyer and senatorial candidate Neri Colmenares said the new order is “another waste of time and resources” of the government.

“Focus should be on contact tracing, not on finding out who are vaccinated or not,” he wrote on Twitter.

But Densing, the senior interior ministry official, defended the new order saying it is a “reasonable restriction” to protect everyone, especially the unvaccinated, from contracting COVID-19.

Last year, Densing drew the ire of human rights advocates after he proposed that health workers should go “house-to-house” and test everyone for possible COVID-19 symptoms.