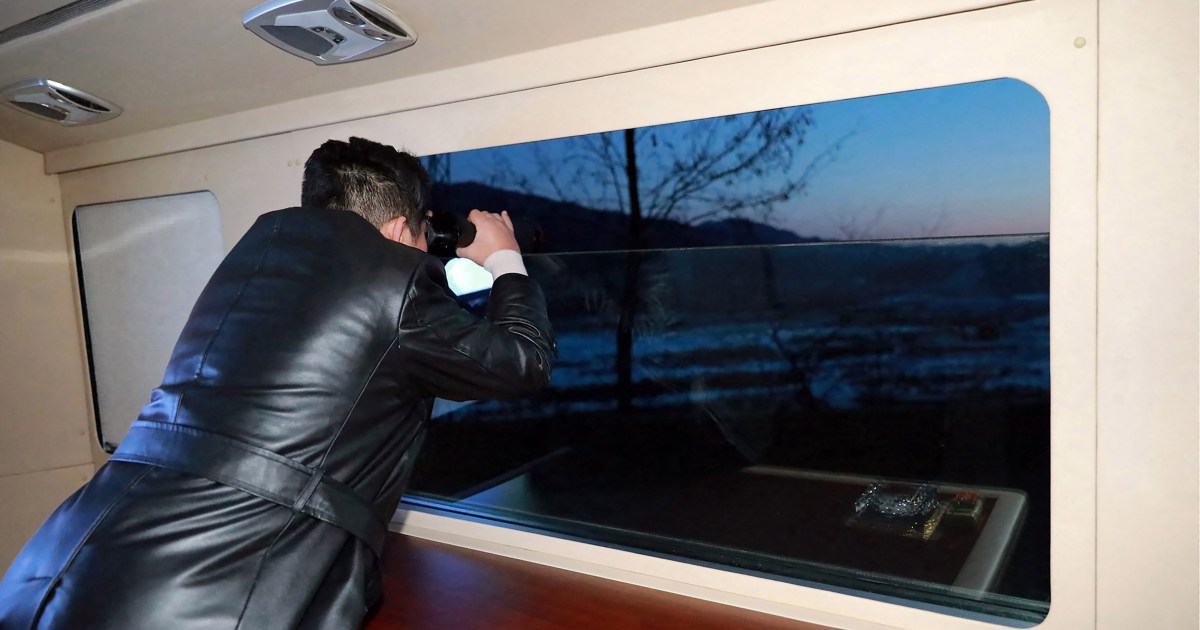 North Korea fired at least two ballistic missiles on Friday, the third test in two weeks, just hours after criticising a US push for new sanctions over the previous launches as a “provocation” and warning of a strong reaction.

South Korea’s Joint Chiefs of Staff said it had detected what it presumed were two short-range ballistic missiles (SRBMs) launched eastward from North Pyongan province on the west coast of North Korea.

The two missiles travelled about 430km (267 miles) to a maximum altitude of 36km (22 miles), South Korea’s, according to South Korea’s Joint Chiefs of Staff.

Japan’s coast guard also reported the North fired what could be a ballistic missile.

“North Korea’s ongoing military activity, including its repeated ballistic missile launches, are threats to the peace and safety of Japan and the region, and are serious concerns for all of the international society,” said Hirokazu Matsuno, Japan’s chief cabinet secretary.

Kim Dong-yup, a former South Korea Navy officer who teaches at Seoul’s Kyungnam University, said North Korea could have fired previously deployed SRBMs such as the KN-23 or KN-24.

“It could fit in their ongoing winter exercises, while sending a message to the United States through action following the state media statement,” he said.

If the launch is confirmed it will be the third since January 5, when Pyongyang launched what it later said was a hypersonic missile. Leader Kim Jong Un observed the second test of a hypersonic missile on Tuesday, the first time he has been pictured at a launch in nearly two years.

Hypersonic weapons travel faster and are more manoeuvrable than conventional missiles and are also being developed by China, Russia and the United States.

North Korea insists its military modernisation and missile tests are necessary for self-defence, and on Friday state media accused the US of intentionally escalating the situation by this week imposing sanctions on individuals, and urging the United Nations to take a tougher line on Pyongyang, Sanctions first imposed by the UN in 2006 have been progressively tightened.

A foreign ministry statement carried by KCNA, Pyongyang’s state news agency, warned of an unspecified “stronger and certain reaction” if the US adopts a confrontational stance.

“North Korea is trying to lay a trap for the Biden administration,” he said in emailed comments.

“It has queued up missiles that it wants to test anyway and is responding to US pressure with additional provocations in an effort to extort concessions. North Korea should be offered humanitarian assistance once it is willing to diplomatically reengage. But its threats should not be rewarded with international recognition or sanctions relief,” said Easley.

Denuclearisation talks with Pyongyang have been stalled since the collapse of the 2019 Hanoi summit between Kim and then-US President Donald Trump.

Joe Biden, who took office as president a year ago, has tried to encourage the North back to the table, insisting the US is open to discussions without conditions.

Pyongyang contends while Washington may talk of diplomacy and dialogue, its actions show “it is still engrossed in its policy for isolating and stifling” North Korea.

“The US is intentionally escalating the situation even with the activation of independent sanctions, not content with referring the DPRK’s just activity to the UN Security Council,” the foreign ministry statement said.

US Secretary of State Antony Blinken said the United States had made clear it had no hostile intent toward North Korea and was willing to engage in talks without preconditions, but the tests were “profoundly destabilising.”

Kim Dong-yup pointed to remarks last year by Kim Jong Un that Pyongyang will approach Washington “on the principle of answering force with toughness, and good faith in kind”.

“A eye for eye, tooth for a tooth,” Kim Dong-yup said. “North Korea might be saying they’ll go their own way without being intimidated.”