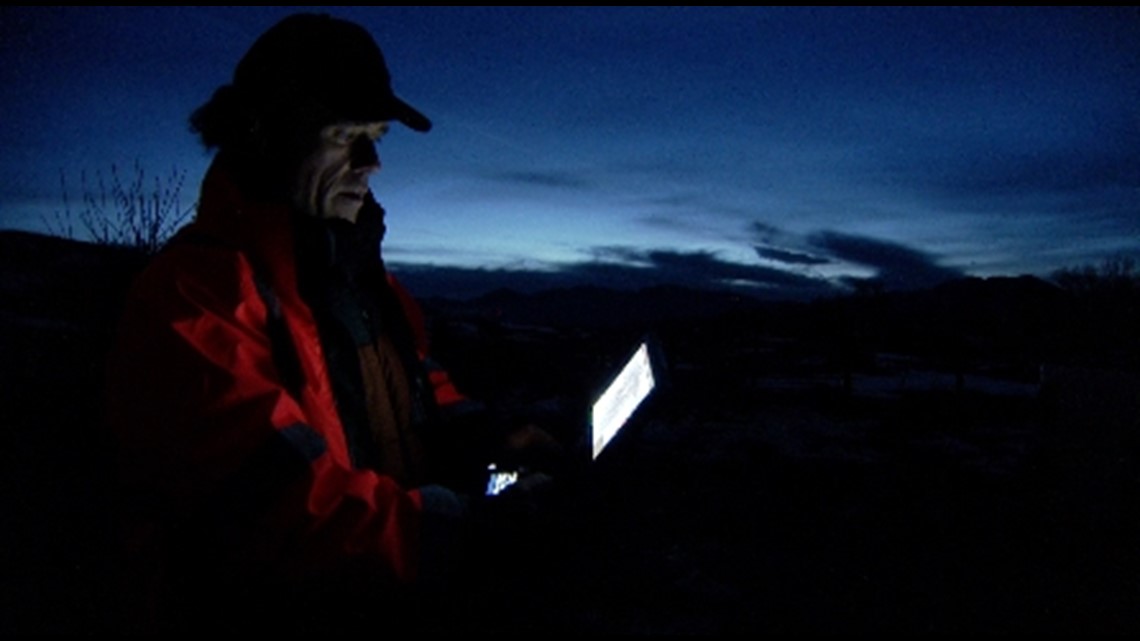 A group of volunteers travels across the country after natural disasters to help reunite families with their animals.

SUPERIOR, Colo. — A group of volunteers is surveying the properties of Marshall Fire victims to see if they can find any missing pets.

The group travels all over the country after natural disasters, using infrared technology on a drone to spot animals and rescue them.

“When they have lost everything and you can give them back their pet, it is somewhat of a sign of hope,” Douglas Thron said.

Thron met Shannon Jay several years ago while he was a cinematographer for National Geographic and Discovery. Thron was filming as Jay was helping with pet rescues after wildfires in California. About a year ago, Thron met Ryan Okrant, who also had a passion for rescuing animals after disasters.

The three of them now work together.

“Ryan and I were in Kentucky for probably about two weeks off and on rescuing animals and saving several dozen animals after the tornadoes hit,” Thron said.

Jay had been using an infrared scope at ground level to find cats after wildfires. Jay and Thron then came up with the idea to put that technology on a drone to find animals from the sky.

Using infrared technology at night helps detect the body heat of an animal.

“Using the heat imaging, the thermal imaging, technology is so superior to any other sort of camera, because it makes the animals stand out like a sore thumb,” Okrant said.

On Thursday, the group flew the drone over Old Town Superior, because residents told them this neighborhood is where many pets haven’t been found.

If they do spot one, they’ll work with local animal shelters to help reunite the pet with family.

“A lot of these animals will come out at night too, so a lot of times when searches are being done during the day it is not as effective,” Thron said.

The group plans to be out in Boulder County for a week.

RELATED: Ways to help missing pets in Boulder County after the Marshall Fire