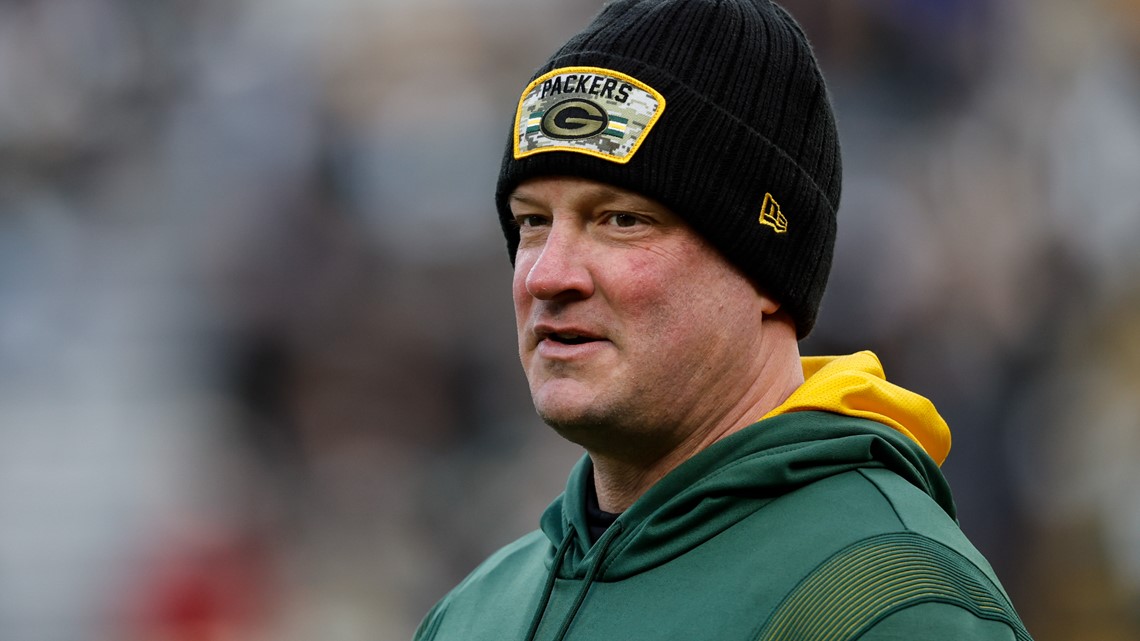 DENVER — George Paton’s pursuit of Aaron Rodgers has gone from thinly disguised to overt.

Placing Packers offensive coordinator Nathaniel Hackett on the Broncos’ list of head coaching candidates was a tell to many that Paton’s real desire is Rodgers, the Packers’ sensational quarterback who is about to win his fourth NFL MVP Award and second in a row.

Still, two other teams – the Bears and Jaguars – are also interviewing Hackett for their head coach position this weekend so the underlying recruitment of Rodgers could have been at least partially dismissed.

But when Paton also added Packers quarterbacks coach Luke Getsy to his list of head coaching candidates, the gig was up. Everyone around the league suspects Paton’s real intention is a package deal that include Rodgers, who was rumored to be headed to Denver last offseason before Green Bay made it known he wasn’t going anywhere.

The updated Paton plan as seen by both conspiracy theorists and those who deal with black-and-white facts: Hackett as the Broncos’ head coach, Getsy as offensive coordinator and the 38-year-old Rodgers as Denver’s quarterback in 2022.

Sure, this could be a pie-in-the-sky scenario. Too good to be true. The chances are slim. The Packers are still in control of Rodgers for two more years contractually – although his $46.4 million cap hit in 2022 may make it impossible for a Green Bay team with minus $37.4 million in 2022 cap space to restructure.

So is it worth it for Paton to take a shot on the Hackett-Getsy-Rodgers package? Absolutely.

Hackett, 42, is a decent head coach candidate on his own merits. Before he became tied to Rodgers, Hackett was the son of longtime NFL offensive coordinator Paul Hackett, then a Doug Marrone protege. Marrone was the head coach and Hackett his offensive coordinator for two years at Syracuse in 2011-12. The Orangemen went from 5-7 in their first year to 8-5 the next. Marrone’s offense went from 84th in the country to No. 56.

The duo then spent two years with the Buffalo Bills and again made a quantum improvement from 6-10 in 2013 to 9-7 in 2014. Hackett’s offense went from 22nd in scoring the first year to 18th the next. Then it was on to Jacksonville where in Marrone’s first full season as head coach and Hackett’s as offensive coordinator, the Jaguars went a surprising 10-6 to reach the 2017 season AFC Championship Game and even with the passing-challenged Blake Bortles at quarterback finished No. 5 in offensive scoring with 26.1 points.

The 2018 season was a disaster for practically all involved in Jacksonville, particularly Marrone, although Hackett not only survived, he landed the next season in Green Bay with first-year head coach Matt LaFleur and Rodgers in 2019. The Packers have won 13 games all three seasons since and are hoping to do better than a third consecutive trip to the NFC Conference Championship Game this year.

The Packers were No. 1 in scoring last season with 31.8 points per game and although they slipped to No. 10 with 5 fewer points per game this year, they pretty much scored as many points as necessary.

Still, let’s say Hackett was a better offensive coordinator the past three years with Rodgers than he was in 2013 with Buffalo’s EJ Manuel of 2018 with Jacksonville’s Bortles.

Getsy, 37, was a college quarterback at Pitt and Akron. He then spent seven years as a college coach before breaking in with the Packers at the entry level in 2014. He had a good lone season as offensive coordinator for Mississippi State in 2018 (8-5, 28.5 points per game) then returned to Green Bay as quarterbacks coach under Hackett and LaFleur in 2019.

The Broncos’ seven other head coaching candidates are all competing in the NFL wild-card playoff round this weekend and are not allowed to interview until next week. That group consists of offensive coordinators Brian Callahan of the Bengals, the Cowboys’ Kellen Moore, the Chiefs’ Eric Bieniemy and the Rams’ Kevin O’Connell, defensive coordinators Dan Quinn of the Cowboys and the Eagles’ Jonathan Gannon along with the Patriots’ inside linebackers coach Jerod Mayo, who reportedly just became a leading candidate to become the next head coach of the Houston Texans.