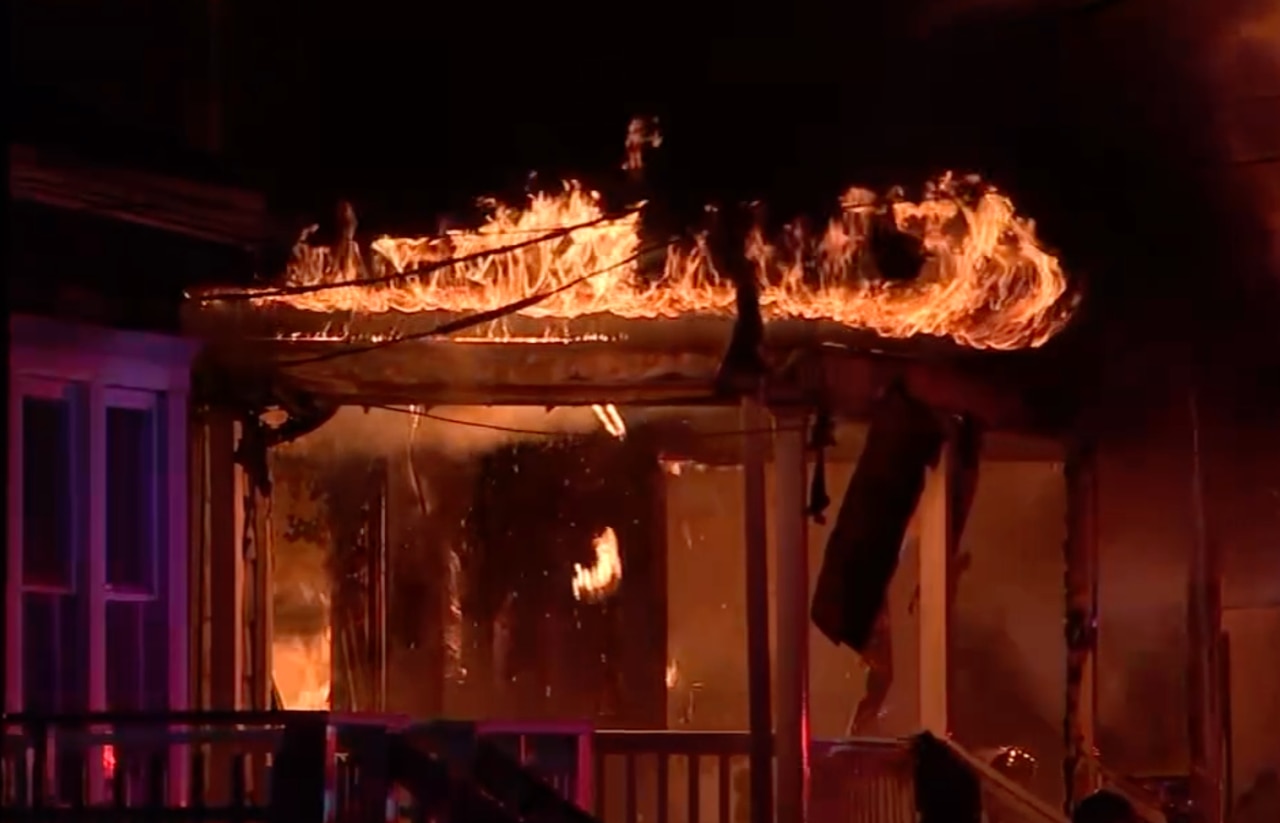 Investigators probing a two-alarm house fire that killed a woman and injured four other people Thursday morning say an explosion occurred in the rear of the West Deptford home.

The fire is not deemed suspicious, township police said in a Thursday afternoon update, but they are asking for anyone with information or video footage of the scene to come forward.

The Gloucester County Fire Marshal’s Office is investigating the cause of the explosion and fire. The federal Bureau of Alcohol, Tobacco, Firearms and Explosives is assisting in the investigation.

Crews responded to the 1300 block of Tatum Street around 4 a.m. and found the home fully engulfed in flames. Fire spread to the house next door, which was also destroyed. The blaze was brought under control around 7 a.m.

Her name has not been released.

Three injured residents from that house, a 26-year-old man, 31-year-old woman and 1-month-old boy, were treated and released from Cooper University Hospital in Camden.

A 57-year-old man from that home was taken to Cooper then airlifted to Crozier Chester Medical Center in Pennsylvania, where he remained as of Thursday afternoon.

Residents of the second house were not injured, police said.

Anyone with relevant information or videos related to the blaze is asked to contact West Deptford Police Detective Matt Carroll at 856-853-4599, ext. 168 or via email at mcarroll@westdeptfordpd.com.

Our journalism needs your support. Please subscribe today to NJ.com.

Matt Gray may be reached at mgray@njadvancemedia.com.