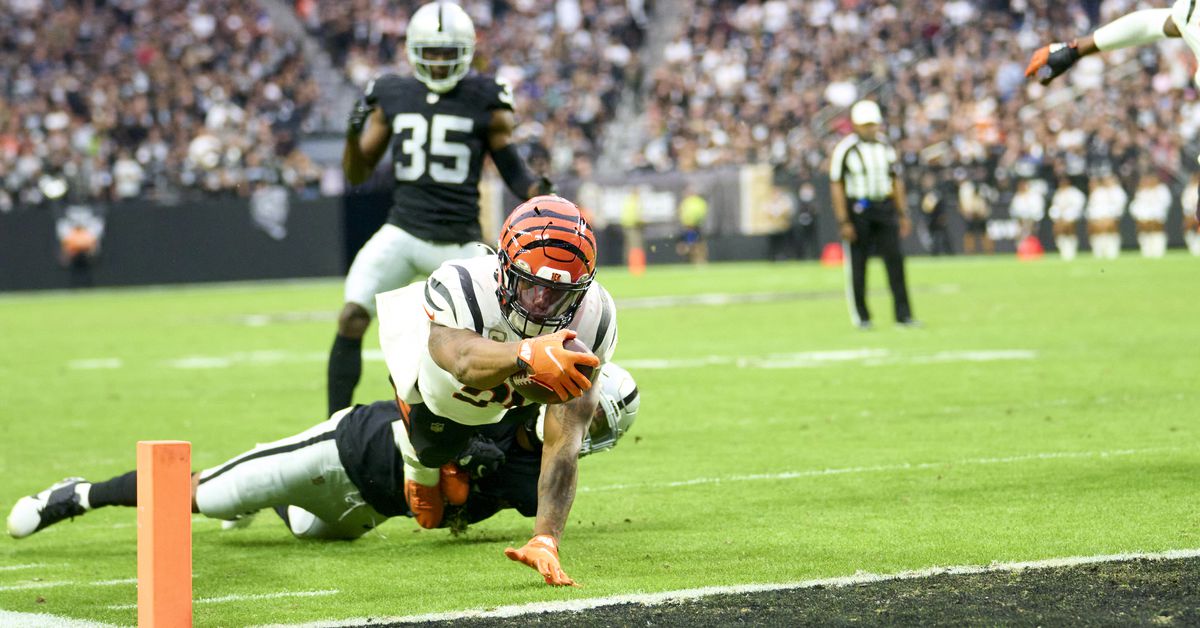 The Cincinnati Bengals host the Las Vegas Raiders on Saturday in the first game of the 2021 NFL Postseason.

The two teams have already played once this year, in Week 11. That was the first game after the bye, and the Bengals won 32-13 in the desert.

The game was actually closer than the score indicates. While the Bengals took the lead in the second quarter, the Raiders kept it within a single score until late in the fourth. With less than four minutes left in the game, Joe Mixon scored the touchdown that made it a two-score for the first time that day.

In that game, Mixon carried the team with 123 yards on 30 carries and two touchdowns. It was a slow day in the air though, as Joe Burrow only out-gained Mixon by 25 yards.

Since that game, Burrow has gotten hot. Tee Higgins has emerged as a dangerous pass-catcher, and Ja’Marr Chase came out of his mid-season slump.

Will the Bengals lean on Mixon again? Or will Burrow have a third consecutive 400-yard game?

The Bengals will host the Raiders in the Jungle after playing the first round of this matchup in Las Vegas. The temperature is expected to be below freezing at Paul Brown Stadium, which is an advantage for the Bengals.

Another advantage for the Bengals is that their starters are fresh, while the Raiders had to play all 60 minutes against the Chargers to earn their playoff spot.

This is a new coaching staff and a new team. Only four players on the roster were with the Bengals for their last playoff loss.

Will this be the year the Bengals finally shake their playoff woes?

Who will win Bengals vs. Raiders?