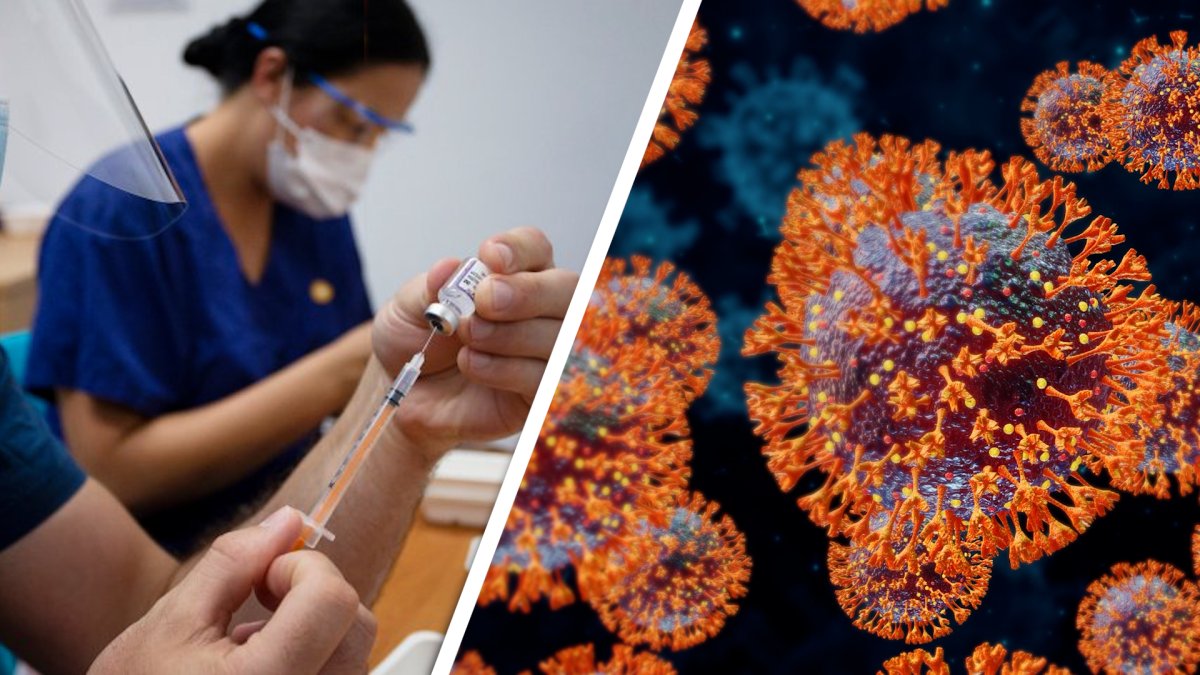 The staggering spike in COVID-19 cases nationwide fueled mainly by the highly contagious omicron variant has many Americans questioning how long it will take for the pandemic to finally subside for good. While no crystal ball can provide an exact timeline, several medical experts help lay out what the future might hold.

The changeover for an infectious disease from a pandemic to an endemic occurs when the virus is found regularly in a particular area or among people. The key difference in an endemic condition is that the virus is more manageable with greater population immunity.

The common cold and flu are examples of endemic viral infections that are frequently encountered by the public. Medical Director for Infection Prevention at the Mount Sinai Health System, Dr. Bernard Camins, believes the Sars-Cov-2 virus will eventually become endemic over time.

“The definition of endemicity is that it [Sars-Cov-2] will come back yearly, especially when winter comes. When it becomes endemic, though, it should not affect a large portion of the population — only certain groups,” Dr. Bernard Camins said to NBC New York.

With the omicron variant spreading rapidly, what symptoms should you look for?

Omicron May Be Mild, But What About Future Variants?

It is important to understand while cases of the omicron variant are milder than others, another SARS-CoV-2 strain could very well appear in upcoming months that may pose more of a threat with a different set of mutations or just as virulent as delta.

Most of the world is not immunized. While most Americans and Europeans may be vaccinated, other countries, such as South Africa and India, are lagging in vaccination rates.

A virologist at the Feinstein Institutes for Medical Research, Dr. Bettie Steinberg, says it is possible and likely that the world sees more variants appear.

“Just like omicron did from South Africa, variants will appear that have enough differences from the strains that we have some immunity to, to give us another spike,” suggested Dr. Steinberg, who suspects more surges will come over the years — hopefully, short-lived.

Dr. Jeffrey Shaman is a professor of environmental health sciences at Columbia University’s Mailman School of Public Health. He affirms the COVID-19 vaccine will offer partial protection if that time comes the same way it did during the delta spread.

There are two arguments on why the Sars-Cov-2 may produce milder infections, Dr. Shaman explained to NBC New York. On one hand, when a pathogen is in a host for a prolonged period of time, it has a tendency to become more transmissible and less virulent.

“When a virus stays in a host, there’s going to be select pressure exerted such that if a variant emerges that is more transmissible than the other variants, it’s going to move through the host population faster,” said Dr. Shaman.

The winning, faster-spreading variant would outcompete and either replace or displace the contenders. However, Dr. Shaman states there is an innate limit to how much a virus can physically mutate.

On the other hand, the doctor says the framework for a milder virus is possible because it is disadvantageous for a pathogen to kill its host. The rationale behind this thought is that if the virus kills its host before replicating and infecting others, it’s short-circuiting the whole reason of existence. That only holds if the virus is transmitted before it exterminates the host.

Much of the transmission of Sars-Cov-2 takes place before people experience symptoms, especially in severe cases. To Dr. Shaman, the selected pressure is gone because of that reasoning.

Furthermore, Dr. Shaman carefully states not enough people have died from Sars-Cov-2 in comparison to the total population.

“Because of underreporting, maybe 20 million people have died from COVID-19, which is a huge number, but it’s a drop in 7.7 billion hosts, particularly at the rate we reproduce ourselves,” explained Dr. Shaman.

To this researcher, this coronavirus has not yet depleted its pool of people to infect, and there is not enough evidence to show a selected pressure toward a milder variant.

Are We Entering the Endemic Phase?

The somewhat hard truth is that time can only tell. Expert perspectives tell NBC New York that there is a chance the world may be entering a post-pandemic phase this year.

But it will take years of hindsight to understand this. The virus could be moving toward a certain pattern. Dr. Shaman gives the example of possibly seeing a future where the world sees just two variants annually.

“For instance, in 2022 we get three waves. In 2023, we get one wave. In 2024 and 2025, there are two waves, and by 2026 just one wave. We’ll say roughly two variants per year come along that are causing outbreaks, and it’s only having looked at a five-year record that we’re going to start to say it’s the pattern [the virus has] fallen into,” explained Dr. Shaman.

In New York state alone, over 90,000 new positive COVID-19 cases were reported on Saturday. More than half of those, close to 47,000 cases, were found in New York City.

New York Gov. Kathy Hochul is “cautiously optimistic” that COVID trends show a slowing rate of growth for the first time omicron was detected in the Big Apple.

Dr. Rochelle Walensky, the director of the CDC, is not yet convinced that omicron has peaked yet for the nation but is hopeful after reviewing New York’s seemingly plateauing numbers.

With over one in five COVID tests resulting positive, those patients getting sick with COVID-19 during the omicron surge may have some added immunity. Dr. Steinberg mentions those breakthrough cases for the fully vaccinated may act as a booster when it comes to immunity – at least to that variant.

“Immunity wanes with time, and then you can be more susceptible. But because so many people are infected right now, I suspect that this particular surge isn’t going to last very long. The virus is going to run out of targets,” said Dr. Steinberg.

With omicron causing record infections in the U.S., many are left wondering which COVID-19 test is most effective.

How Can We Get to a Post-Pandemic World?

While there is no clairvoyance to determine the exact date the world will enter a post-pandemic era, some scientists express it may be time to alter the public’s thought process.

Perhaps residents should come to terms with the concept that COVID-19 is here to stay, they say.

“In my opinion, knowing what I know, we have to learn how to live with it. When we have surges like this, I’m not necessarily advocating for lockdowns again or shutting down businesses, but I do think people need to be careful,” said Dr. Camins.

Dr. Steinberg says people can look at COVID-19 prevention like dressing in layers for the winter – every addition helps.

“One layer is vaccination. Another layer is the fact that a lot of people who get it, will have some immunity, at least for a while. And a third layer will be better treatment,” explained Dr. Steinberg.

Dr. Purvi Parikh, an allergist and immunologist with Allergy & Asthma Network, adds even milder strains can still pose negative impacts on the healthcare system, such as delaying care for other emergencies.

“I hate that word ‘mild’. It is becoming less severe, I’ll say it that way. But that being said, we’re still seeing people hospitalized, especially unvaccinated individuals. I do think it’s a good sign at least strains are starting to move in that direction of not as deadly, fingers crossed,” Dr. Parikh said.

With the rapid spread of the omicron variant of COVID-19, when are people who have contracted the virus most contagious?

Yes, you can catch the flu and Covid. No, ‘flurona’ isn’t real. – NBC News