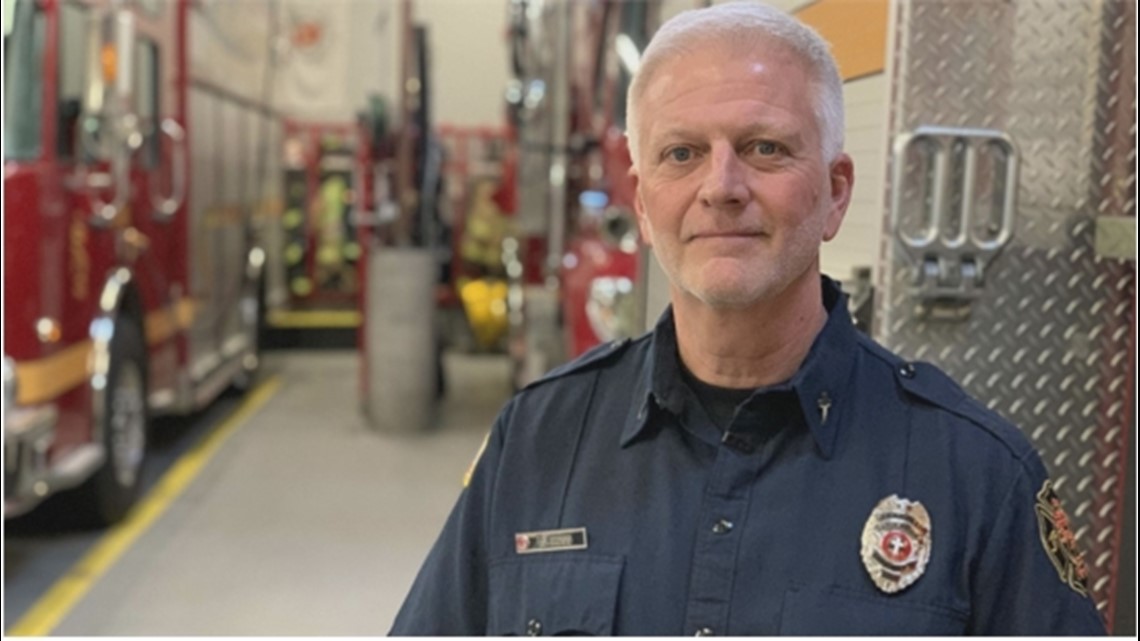 “I was actually told I might not even get out of the truck, but as soon as we got on scene, everything changed. They needed every hand available,” Scott Ross said.

AURORA, Colo. — When the devastating Marshall Fire grew, fire departments across our area raced to Louisville and Superior to help.

Even people who didn’t expect to fight the fire were called to help.

That was true for Scott Ross, Sable Altura Fire Rescue’s volunteer chaplain. He is able to respond on calls, but mostly serves as a resource for now.

“It might be after a traumatic incident, just being available here to debrief with firefighters and ask how they’re doing, let them know that the feelings of feeling are normal, and provide resources for counseling if they need that,” Ross said. “Or I can help direct them to scripture. Or give them that identification with lament, and help them to lament when things go really south.”

Ross also serves as the Director of Church Engagement for the American Bible Society. He said he became the department’s chaplain after a tour of the station with his grandkids.

“When I met the chief on bringing my grandkids here for a tour, he invited me to consider the opportunity and I thought ‘what a great way to serve in our local area,'” he said. “I think that is what compelled me to join the fire department – I want to serve those who serve.”

On the day the Marshall Fire erupted, Ross was at his desk when he heard the call for volunteers to go to the fire. He reacted quickly and headed to the station.

“My wife actually thought I was just coming down here to pray for the people before they left, and I got in the truck and texted her, ‘you know honey, this might be 24-hour deployment,’ but she was a good sport about it,'” Ross recalled.

He had never fought a fire in a live on-the-ground setting like the Marshall Fire, but had gone through some live training.

“I think I was gone from my home about 12 hours. We went up and I ended up in Louisville and we thought initially we’d be fighting grass fires, and as soon as we got there, we were told that it would be structure fires, and so we had to shift quickly,” Ross said. “I was actually told I might not even get out of the truck, but as soon as we got on scene, everything changed. They needed every hand available.”

He said his team took their first break after seven hours of fighting the fire.

“Went to another neighborhood and were able to make a stand and saved quite a few homes. Unfortunately still lost a couple,” he said. “I prayed the entire time. Yes, the thing I was praying about the most, as I think about it now, was that the wind would die down.”

Ross said the experience was “sobering.”

“It was sobering. As I was watching and participating and watching our leaders assess the situation and put things and place and watching people’s homes and everything that they had spent their lives to build – watching them just in a moment burst into flames – it was a thought-provoking time,” he said. “The trauma that the people experienced, having all of their worldly possessions taken from them, it’s devastating.”

However, he said the experience also drove him further to want to serve with those firefighters.

Ross now has his own locker with a uniform and a helmet that reads “Chaplain” with a cross on it.

He said the American Bible Society is providing prayer booklets and more to churches and nonprofits to help those impacted by the fire, and the society also provides Bibles specifically tailored toward firefighters, police officers and other first responders.

RELATED: How climate change contributed to the Marshall Fire