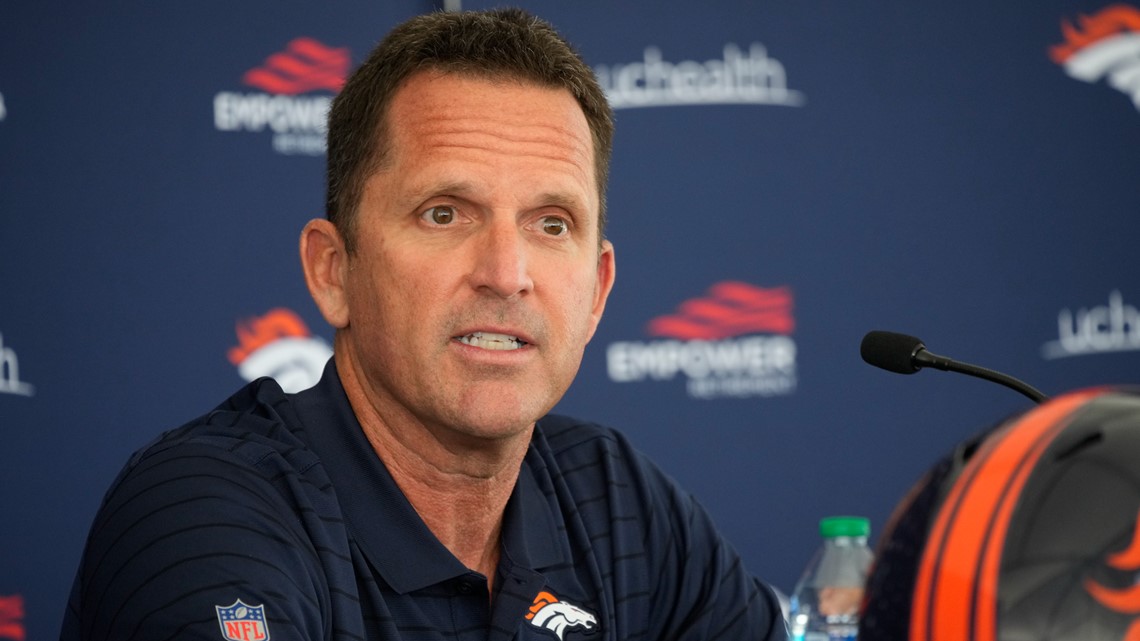 Broncos CEO Joe Ellis and football consultant John Elway will be involved in the search, but the new head coach will clearly be Paton’s call.

ENGLEWOOD, Colo. — If picking a new head coach is to be a collaborative effort, as Broncos general manager George Paton said it would be during his press conference Sunday, then he’s going to need some help.

Broncos CEO Joe Ellis and football consultant John Elway will be involved in the search, but the new head coach will clearly be Paton’s call. Noticeably absent from the committee is team executive Brittany Bowlen, who had been groomed in recent years to succeed her late father and former Broncos owner Pat Bowlen as the team’s controlling owner.

Brittany Bowlen’s absence is the strongest indicator yet the team will be sold. Ellis stated Tuesday an announcement on the Broncos’ ownership transfer would be made shortly after the team’s new head coach is hired, which figures to be in about two weeks.

The process has begun, but there’s much work ahead in finding that coach. The Paton-led committee will have 10 candidates to interview after Bengals offensive coordinator and longtime former Broncos offensive assistant Brian Callahan was added Tuesday. Permission to interview Packers quarterbacks coach and passing game coordinator Luke Getsy was sent Monday, although his candidacy wasn’t revealed until Tuesday morning.

The Paton-led search committee will fly out Thursday to begin their interviews with Detroit defensive coordinator Aaron Glenn before stopping back through Green Bay to meet with Packers offensive coordinator Nathaniel Hackett and Getsy in what appears to be a step toward trying to lure quarterback Aaron Rodgers to Denver after the season.

The seven other Broncos head coaching candidates – Callahan; New England inside linebackers coach Jerod Mayo; Chiefs’ offensive coordinator and former University of Colorado running back and coach Eric Bieniemy; Cowboys coordinators Dan Quinn (defense) and Kellen Moore (offense); Eagles defensive coordinator Jonathan Gannon; and Rams’ offensive coordinator Kevin O’Connell – are coaching in the first round of the NFL playoffs this weekend and won’t be available to interview until next week in the Tuesday through Saturday, Jan. 22 window.

RELATED: These are the Broncos’ 10 head coach candidates