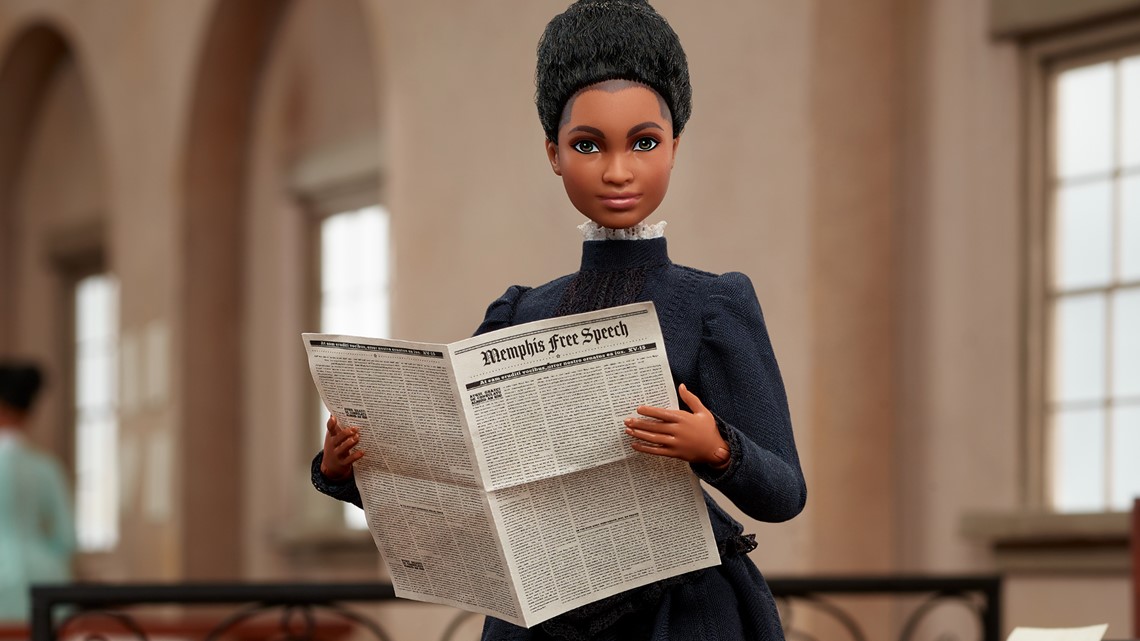 In 2020, Ida B. Wells was awarded a posthumous Pulitzer Prize for her reporting on the lynching of African Americans.

WASHINGTON — Journalist and civil rights activist Ida B. Wells is the latest historical icon to be honored by Mattel with a Barbie doll in her likeness.

Wells, who was born a slave in 1862 in Mississippi, was a 30-year-old newspaper editor in Memphis, Tennessee, when she began her campaign against lynching.

The new Ida B. Wells doll is the latest Barbie to join the company’s “Inspiring Women” series and comes with a mini replica of The Memphis Free Speech, the newspaper she co-owned.

Wells’ crusade was prompted by the 1892 lynching of a man whose first child was her godchild. She traveled the South over several months interviewing witnesses and reading reports of similar events, which she published in the The Memphis Free Speech and Headlight.

“When kids learn about heroes like Ida B. Wells, they don’t just imagine a better future – they know they have the power to make it come true,” the company said in its Instagram post announcing the doll.

In 2020, Wells was awarded a posthumous Pulitzer Prize for her reporting on the lynching of African Americans. She died of kidney disease on March 25, 1931, at 68.

According to Mattel, the Ida B. Wells Barbie will be available at retailers by Jan. 17, Martin Luther King Jr. Day.