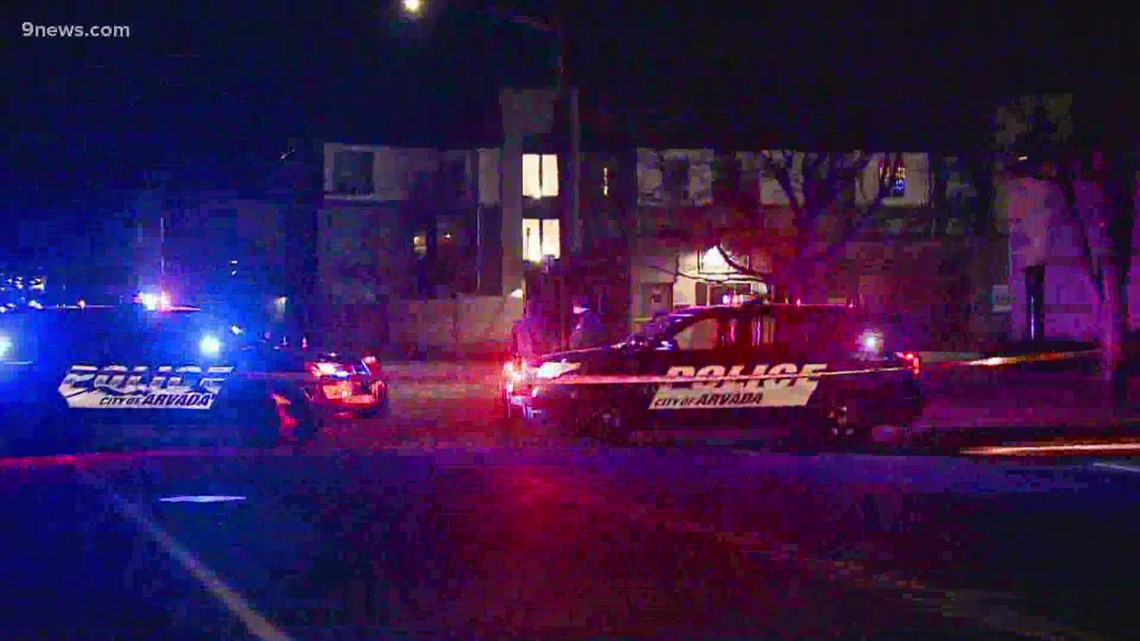 The shooting happened early Wednesday in the 6800 block of West 56th Avenue.

Arvada Police Department (APD) tweeted just after 4:39 a.m. Wednesday that officers were on scene of the shooting in the 6800 block of West 56th Avenue. That is on the east side of Wadsworth Bypass.

“The auto-theft suspect brandished a large knife, was shot by police, and died at the scene,” tweeted APD.

No APD officers were injured in the shooting, police said in a Wednesday morning update. Two APD officers are on leave as the Jefferson County Critical Incident Response Team (CIRT) investigates the case, APD said in a tweet.

No other information was immediately available.

This is a breaking news story and will be updated as more information becomes available.

RELATED: Police shot and killed a man with a shotgun in Wheat Ridge; family calls it an injustice

Arvada Police on the scene of an Officer-involved shooting, 6800 block of W. 56 Av. The auto-theft suspect brandished a large knife, was shot by police, and died at the scene. More information will be updated on Twitter. pic.twitter.com/GLFSGx7HZW