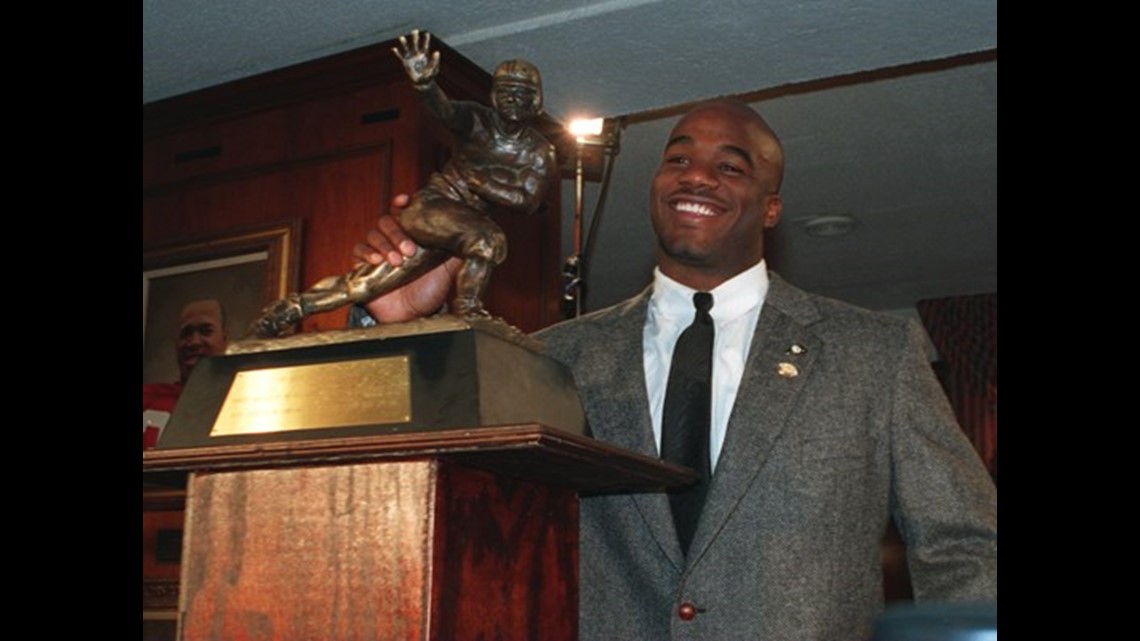 Salaam starred at Colorado and won college football’s most prestigious award in 1994 after rushing for a school record 2,055 yards.

The National Football Foundation announced the new inductees Monday. The induction ceremony is scheduled for Dec. 6.

Salaam starred at Colorado and won college football’s most prestigious award in 1994 after rushing for a school record 2,055 yards. Salaam died Dec. 5, 2016, in what was ruled a suicide.

Among the other players selected to the Hall of Fame were Penn State’s LaVar Arrington and Georgia’s Champ Bailey.

> Top stories are curated daily just for you! Sign up for the 9NEWSLETTER to get can’t-miss stories, Next and Denver Broncos content, weather and more delivered right to your inbox.

For both Apple TV and Fire TV, search for KUSA “9news” to find the free app to add it to your account. Another option for Fire TV is to have the app delivered directly to your Fire TV through Amazon.