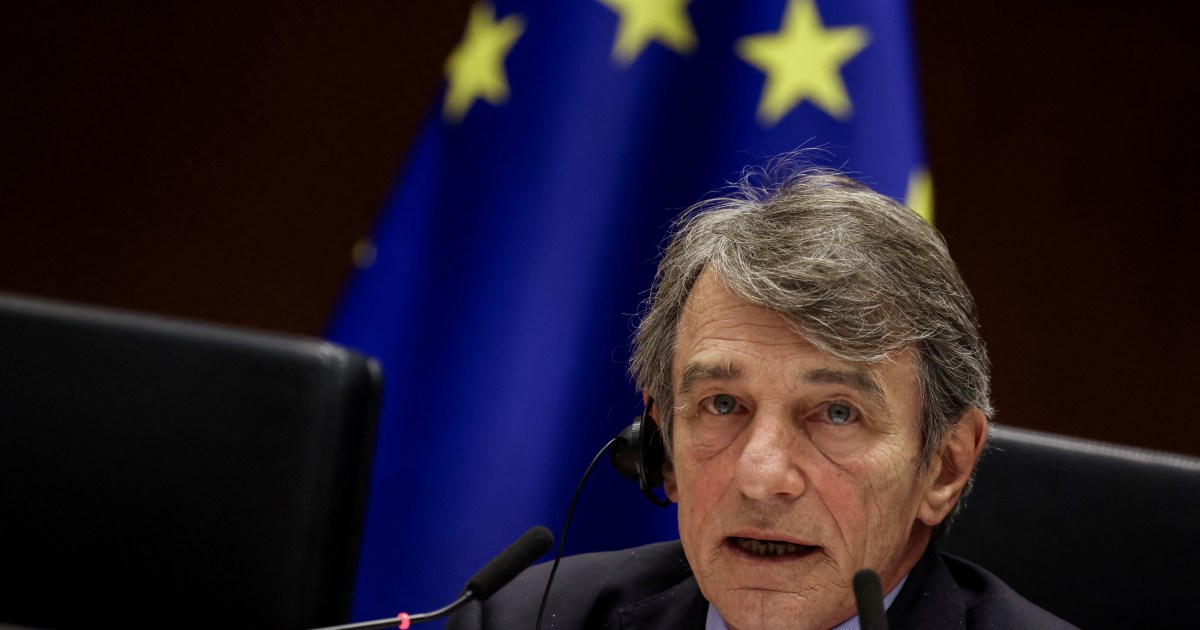 Former television newsreader was in hospital since December 26 due to a dysfunction of the immune system.

David Sassoli, president of the European Parliament, has died in hospital in Italy where he was admitted in December.

The 65-year-old Italian had been seriously ill for more than two weeks due to a dysfunction of his immune system.

“David Sassoli passed away at 1.15 am on 11 January at the CRO in Aviano, Italy, where he was hospitalised,” his spokesman Roberto Cuillo tweeted on Tuesday. “The date and place of the funeral will be communicated in the next few hours.”

The former television newsreader had been in hospital since December 26 following “a serious complication due to a dysfunction of the immune system”, Cuillo had said on Monday, announcing the cancellation of Sassoli’s official activities.

Sassoli was previously hospitalised with pneumonia for several weeks in September last year.

The European Parliament sits for a five-year term between elections, but the president of the body serves for half that time.

Sassoli had already indicated that he would not seek re-election.

After a three-decade career as a journalist – starting out in newspapers then moving to television and becoming a nationally known anchor – Sassoli became a member of the European Parliament in 2009, and speaker in 2019.

He was a member of the centre-left Progressive Alliance of Socialists and Democrats, the second-biggest grouping in the parliament after the centre-right European People’s Party.

Although his role was that of a speaker, he had the title of president of the European legislature. His arrival in the chamber was traditionally announced in Italian as “Il Presidente”.

Unlike some European Union officials, who speak in English and French in public appearances, Sassoli had made a point of using Italian.

MEPs are expected to hold the first round of voting for his successor next Tuesday.