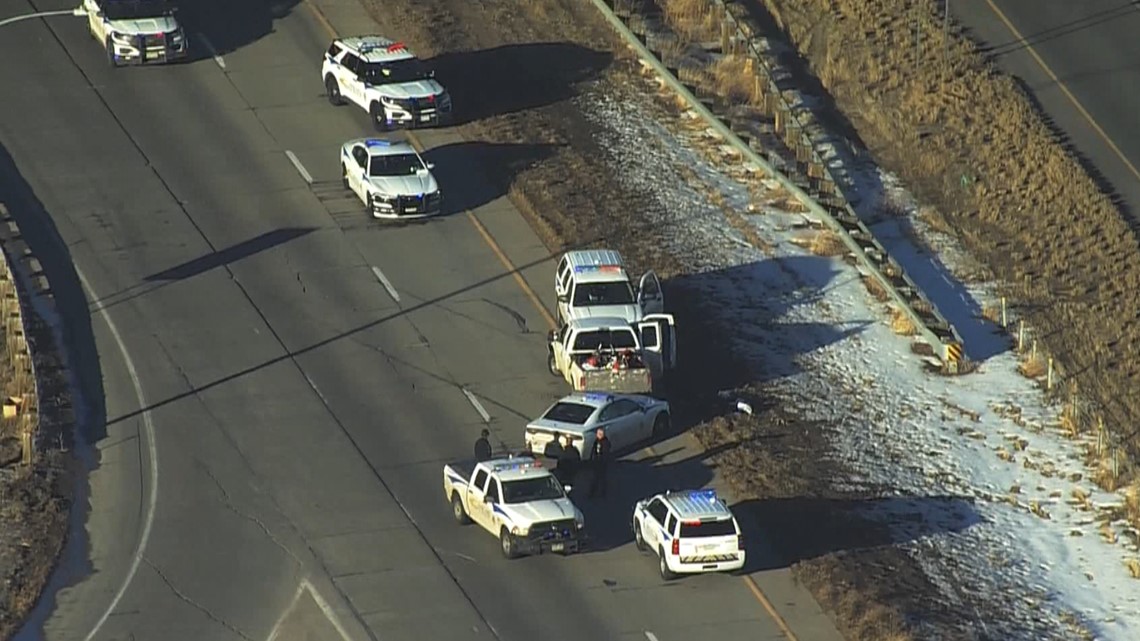 The shooting happened in the southbound lanes of I-25 near Mulberry Street.

The investigation into the shooting forced the closure of the southbound lanes of I-25 at Mountain Vista Drive, the sheriff’s office said. The interstate reopened around 8:30 p.m. Monday.

The incident began just after 2 p.m. after deputies were called to a suspicious man at the Family Dollar store located on 6th Street near Roosevelt Avenue in Wellington, according to a release from the sheriff’s office.

When deputies arrived, the man sped off in a pickup truck and the pursuit was initiated, the release states. The pursuit went south on I-25 and ended near Mulberry Street just outside the Fort Collins city limits, deputies said.

The 8th Judicial Critical Incident Response Team will be investigating the incident, the sheriff’s office said.