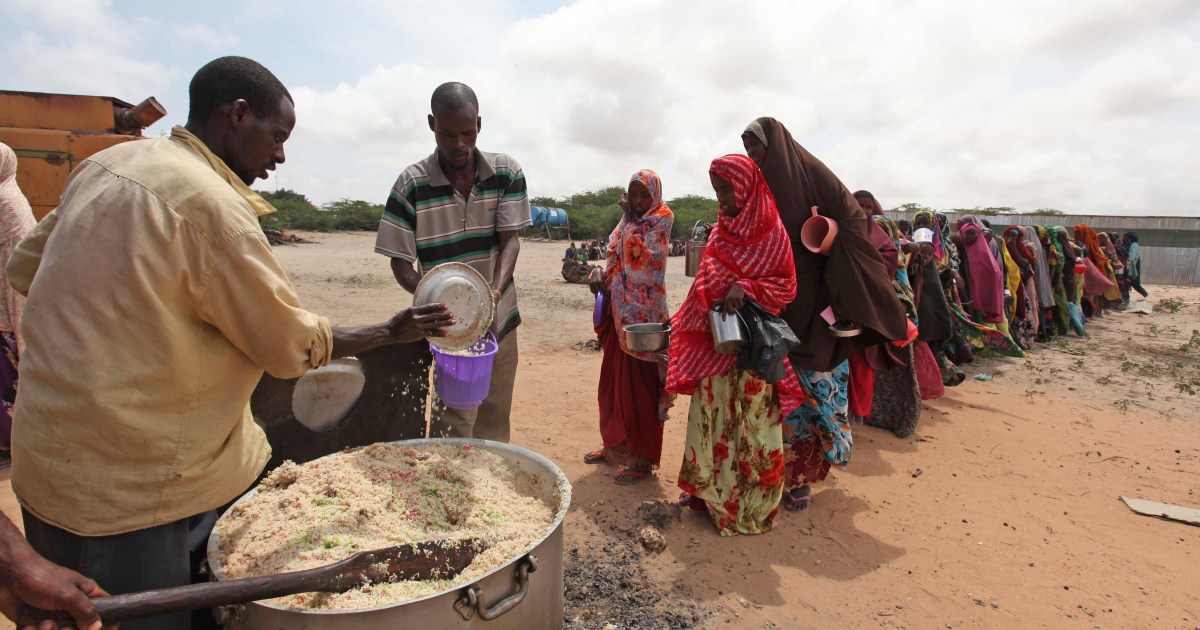 In July 2011, the United Nations declared a famine in Somalia which attracted the attention of major news outlets across the globe. This declaration was issued during the holy month of Ramadan, which gave it added resonance in the Muslim world and contributed to massive fundraising efforts.

While the UN’s announcement helped mobilise people and governments across the world, the international community perceived it as having come too late, leading to a delayed scaling up of humanitarian assistance. An estimated 258,000 people – mainly women and children – lost their lives because global action was late.

In late 2016, warnings of another potential famine were issued, raising alarm bells in donor capitals. Memories of the tragic events of 2011 were still fresh, which helped mobilise funds earlier in comparison to 2011, although not early enough, as some 45,000 people died.

Given these painful past experiences, we are writing now to warn of a possible new famine. Based on observations, available public reporting and consultations within our networks – both Somali and international – we have collected enough evidence to suggest that a significant part of the Somali population is facing a major food crisis. We are extremely concerned that the humanitarian system will be too slow to respond, which could lead to the death of many Somalis once again.

In 2012-13, we conducted research on the 2011 famine, which confirmed that the UN declaration of the famine came too late. The famine itself had likely started in March or April of that year and was caused by a combination of factors, including consecutive droughts, high global and domestic food prices, and a very poor local grain harvest.

There was also politics at play: at the time the militant group, al-Shabab, was engaged in conflict with the nascent Somalia government and its international supporters. Its designation as a terror group limited the reach of Western humanitarian aid to regions it controlled.

Today, similar to what happened in 2011, there have been at least two successive, severe rain failures combined with a very poor grain harvest. In addition, Somalia is rocked by political instability and conflict, while the international community is distracted with the COVID-19 pandemic, both of which can slow down the humanitarian response and reduce the availability and distribution of funds.

We also already see the early signs of potential famine in terms of social mobilisation and migration. In our research, we documented how ahead of the famine declaration in 2011, businesses and religious leaders, in Somalia and Kenya, had been highly active in mobilising funds and sending those resources to people who were struggling. Mosques had become conduits for money raised abroad.

On the ground, families had sent children and the elderly to towns where help was more likely to arrive while boys and men often went off with the domestic animals they kept to try and keep them alive. When people had had no further options in their local areas, they had walked for days to Ethiopia and Kenya to seek assistance. Many people had died on these journeys.

Today we are seeing these same patterns emerge again. Somalis at home and abroad have already been responding to the evolving crisis. The epicentre of the current drought appears to be in what is known as the Mandera Triangle, where the corners of Ethiopia, Somalia and Kenya meet. But there are also other areas suffering, including on both sides of the Somalia-Kenya border, as well as the main grain-growing areas in Southwest State.

Aydrus Daar, the head of the Kenyan-Somali NGO, Wasda, that works in the Somalia-Kenya border areas told us that cattle herds have already been decimated and that fundraising, especially for water-trucking and food, among Somali businesses and diaspora communities from these areas began about five to six months ago. He confirmed that there was near-total failure of the seasonal rains known as the Gu, which normally fall from April through June. The Deyr rains, which fall from October to December, have also now failed.

Daar’s NGO has received small and sporadic support from some international donors as a result of the drought. He claims he has never seen anything like it in 30-40 years, with wildlife encroaching on people’s homes in search of water.

In northern Jubbaland, Paul Healy, the country director of the Irish NGO, Trócaire, which supports the local healthcare system, told us that many people are coming into towns from the countryside in a desperate state, with some women and children dying on the way, before they reached health facilities.

Camel deaths in many parts of Somalia are also being reported and are another indicator of the severity of the situation. Camels are the most resilient animals when it comes to drought conditions; cattle, sheep and goats all die before they do.

One of the authors of this article, who travelled recently to Puntland, in the far northeast of Somalia, observed that religious leaders are currently mobilising the business community and government, to raise funds and support rural populations. Although Puntland is not in the epicentre of the drought and is a more stable area with a considerable response capacity, it is also feeling the effects of this severe drought.

Our colleague was so moved by a local sheikh’s call for help in a mosque that he immediately sent money to his relatives in the Somalia-Kenya border area where he is from and from where he had been receiving more calls than usual from distant relatives, a sure sign of unusual stress.

In November, a widely respected Nairobi-based religious leader, Sheikh Umal, also started to call on people to raise money to support drought-affected populations in Kenya and Somalia. His mosque was a prominent hub for fundraising and coordination in 2011.

We cannot be 100 percent sure that there will be a famine in 2022, but there are already ominous signs and we know that given the current circumstances in Somalia and abroad, the humanitarian response could be potentially severely delayed.

Given the rain failures and the early reports of immense food shortages, it makes far more sense to act early and mobilise resources now, to save lives, protect livelihoods and avoid having to organise an expensive famine response when it is too late.

Regardless of the specific severity of the crisis, deploying humanitarian aid now would help large numbers of people whose situation is already dire and will no doubt worsen. One of the lessons of the 2011 famine is that there must be greater focus on famine prevention.

We realise that today’s global and regional political conditions are complex and may slow down the decisions that must be made to release funds. At the international level, the COVID-19 pandemic has put enormous strains on governments and aid organisations.

The Horn of Africa is also facing a new wave of instability due to the crisis in Sudan and the civil war in Ethiopia. Somalia’s own government and political elite are preoccupied with political squabbles and an election process that is diverting time and money away from social provision for the general population.

This is contributing to an atmosphere in which lack of trust over data, different perspectives over areas of greatest need, competing institutional interests and a lack of trustworthy organisations (both international and local) to work with, are making the situation worse. The politicisation of data and information is unfortunately all too common. International organisations, including the United Nations, struggle to manage these pressures and influences, and to reach the right people on the ground.

There is, however, no doubt that the situation is already grave and is going to considerably worsen. The long, dry season – the Jilaal – is only just beginning and the next rains are a good four months away. The forecasts for these rains – the Gu – are also not promising. Those rains may bring some relief, especially for pastoralists, but for agricultural communities, their harvest is still well over six months away. This is the third severe drought event in 10 years, a likely indication of the impact of climate change in the Horn of Africa.

If we are to avoid repeating past mistakes, we must act now. Alongside the efforts of the Somali diaspora, the international community also needs to take urgent action. The funds required are miniscule in comparison with those already mobilised to mitigate the pandemic, but they can go a long way in saving Somali lives.,

Early action can also help set a precedent for famine prevention, which should be established as a standard humanitarian response, especially given climate change-related projections for worsening water scarcity in Somalia and the Horn of Africa as a whole.

The views expressed in this article are the authors’ own and do not necessarily reflect Al Jazeera’s editorial stance.