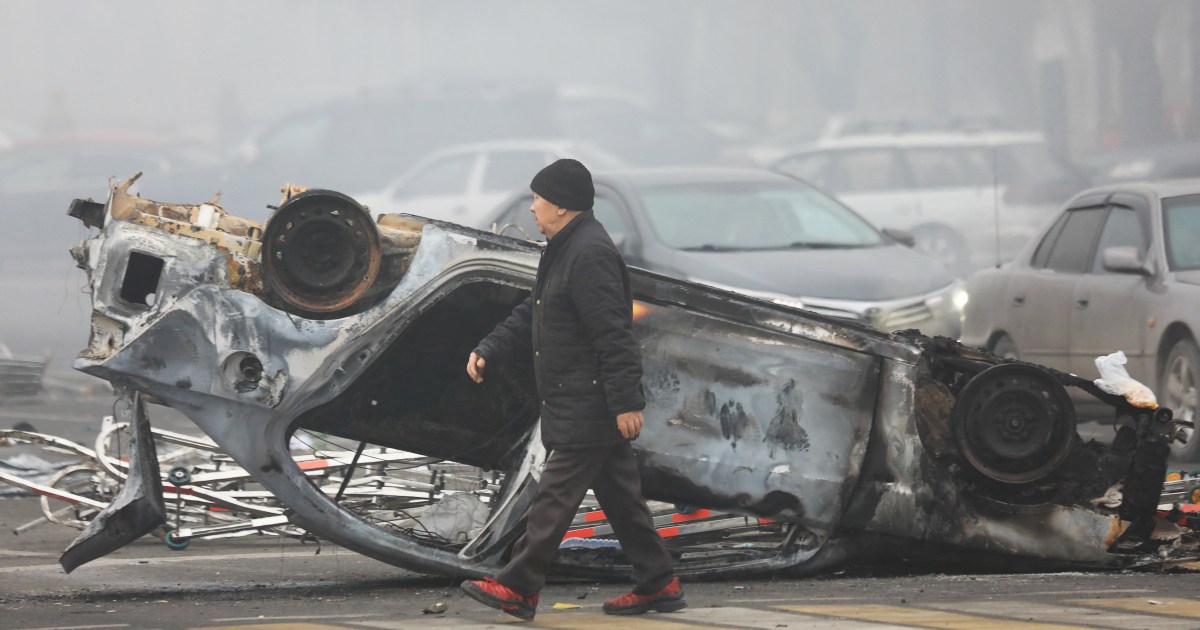 Security forces appeared to reclaim the streets of Kazakhstan’s main city Almaty after days of violence.

The former head of Kazakhstan’s domestic intelligence agency has been detained on suspicion of high treason after he was fired amid violent protests.

The National Security Committee, or KNB, said in a statement on Saturday its former chief Karim Masimov – a close ally of Kazakhstan’s founding president Nursultan Nazarbayev – was arrested on Thursday after it launched an investigation into charges of high treason.

“On January 6 of this year the National Security Committee launched a pre-trial investigation into high treason,” it said. “On the same day, on suspicion of committing this crime, former chairman of the KNB KK Masimov was detained and placed in a temporary detention centre, along with others.”

Dozens have died and public buildings across Kazakhstan have been ransacked and torched in the worst violence experienced by the former Soviet republic in 30 years of independence.

Security forces appeared to have reclaimed the streets of Kazakhstan’s main city Almaty on Friday after days of violence. The Russian-backed President Kassym-Jomart Tokayev said he ordered his troops “to shoot to kill” to put down a countrywide uprising.

A day after Moscow sent troops to help quell protests, police patrolled the debris-strewn streets of Almaty on Friday, although some gunfire could still be heard.

The demonstrations began as a response to a fuel price increase but swelled into a broad movement against the government and Nazarbayev, the 81-year-old longest-serving ruler of any ex-Soviet state until he turned over the presidency to Tokayev in 2019.

His family is widely believed to have retained influence in Nur-Sultan, the purpose-built capital that bears his name.