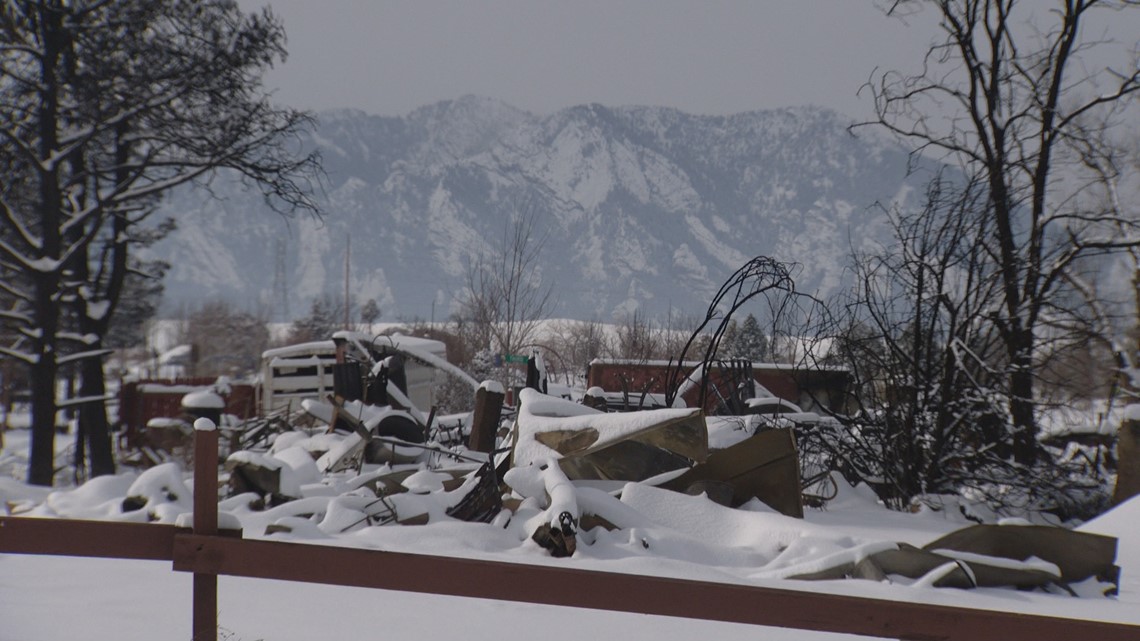 Mayor Clint Folsom walked the streets of old town Superior with 9NEWS for the first time since the fire.

SUPERIOR, Colo. — The destruction in Superior can be disorienting.

“Without all the usual structures, you almost feel lost as to where am I?” said Clint Folsom. “Where is everything? Because so much is gone.”

Folsom barely recognizes the Superior of the present because of one day in the town’s recent past.

“The day when a good portion of the town was lost to fire,” Folsom said.

The Marshall Fire marked the most difficult day for Superior’s mayor who’s nearing the end of his term. Folsom will finish out eight years in November.

“I don’t think any mayor, any elected official, could imagine something like this happening,” Folsom said.

On Dec. 30, the Marshall Fire destroyed 1084 homes across Superior, Louisville and unincorporated Boulder County, according to the Boulder County Office of Emergency Management.

In Superior alone, 378 homes were lost and 58 others damaged.

“To see it completely on fire and burning was just horrific, and now to just see it just really stripped of its character and history is just really sad,” Folsom said.

“This is the site of the historical museum,” Folsom said, walking up to the remnants of what used to be an old miner’s cabin near near town hall.

The museum in Asti Park was once the site of school field trips and visits from people in town looking to learn more about Superior’s past.

“Just told the history of what it was like to live in the coal mining era,” Folsom said.

“This is my mom’s house on Williams Street,” Folsom said, gesturing toward the snow-covered pile of debris. The home was gone, but its chimney was still standing.

“It was a special place,” Folsom said. “She was very happy here, made friends in the neighborhood, made a great garden.”

Folsom said his sister-in-law lost her home, too.

“I’m sad for everyone’s house that was lost,” Folsom said.

The town of four square miles feels smaller during a time that’s brought community together. Folsom said those in Superior who didn’t lose a home know someone who did.

The mayor said he’s been running on adrenaline the past week and losing sleep as memories of Dec. 30 replay in his mind.

“Just thinking about the pain that people are going through,” he said.

Folsom said housing is the biggest challenge in the immediate future. People will be displaced for months or even years, but the mayor said he hoped those who leave decide to come back.

“We will get through this,” he said.

Soon, the Superior of the present will be history, and a mayor looks to the future.

“I know things will get built back over time, but there’s a lot lost here that will not be back,” Folsom said.