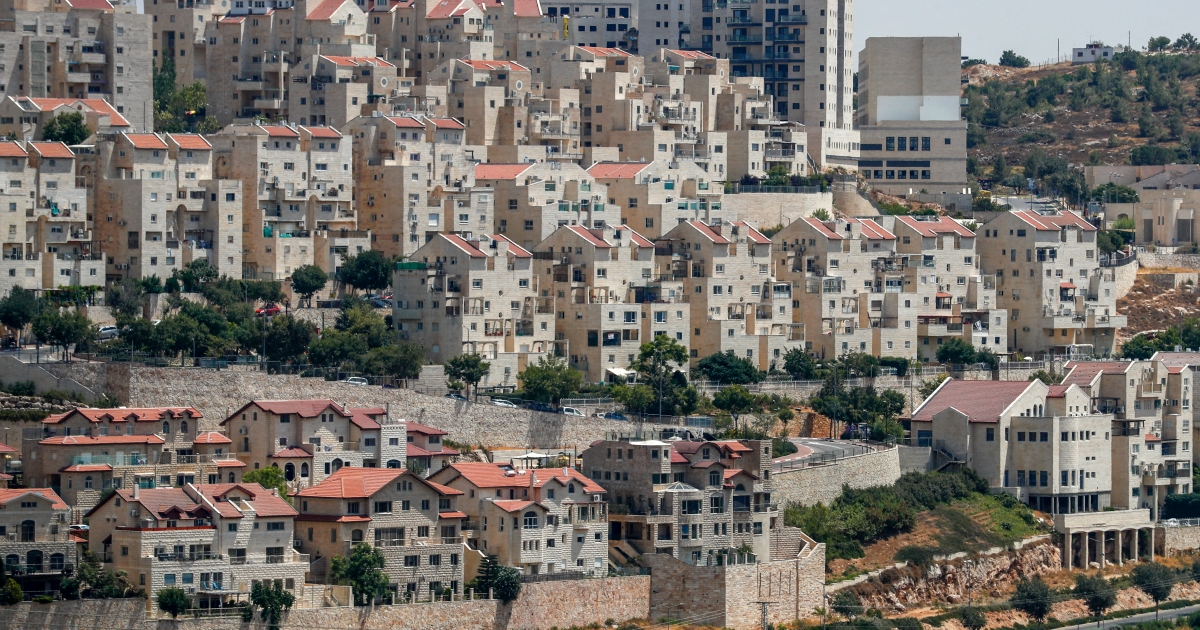 PA demands US intervention as Israel approves thousands of settlement homes in the occupied West Bank near Jerusalem.

Israel has given initial approval to a plan that would expand Jerusalem’s municipal boundaries by building thousands of new illegal settlement homes on occupied West Bank land around the city, drawing a Palestinian demand that Washington intervene.

On Wednesday, Jerusalem municipality green-lit what it described as a new eastern neighbourhood on lands located over the West Bank boundary, near the Palestinian hub city of Ramallah. The site, which once housed Qalandiya Airport, is known to Israelis as Atarot.

The airport site, which was closed after the eruption of the second Intifada in 2000, was designated in former US President Donald Trump’s Middle East plan as a Palestinian tourism zone. The area is sandwiched between the Palestinian neighbourhood of Kafr Akab and the Qalandiya refugee camp.

The plan, which requires further stages of approval, is for 3,000 homes to be built, with a view to adding another 6,000 eventually, Jerusalem Deputy Mayor Arieh King told the Reuters news agency.

The two-state solution laid out by the Oslo Accords of 1993 envisioned East Jerusalem as the capital of a Palestinian state made up of the West Bank and Gaza Strip. Israel claims the entire city of Jerusalem as its indivisible capital.

US-sponsored peace talks between the two parties stalled in 2014. Washington has since recognised Jerusalem as Israel’s capital, without explicitly backing its claim on all the city.

“This settlement plan aims to conclude the separation of Jerusalem from our outlying Palestinian area … in a bid to Israelise it, Judaise it and annex it,” the Palestinian foreign ministry said in a statement.

It urged the US and other powers “to immediately intervene to stop these colonial projects and plans”.

The US Embassy in Jerusalem had no immediate comment.

About 475,000 Israeli Jews live in settlements in the occupied West Bank.

Israeli settlement expansion in the occupied West Bank and occupied East Jerusalem has continued under every Israeli government since 1967.

However, construction accelerated in the last few years under former Prime Minister Benjamin Netanyahu, with a significant boom during Trump’s US administration, which Palestinians accused of egregious pro-Israel bias.

Mexico and US to launch plan to stem Central American migration