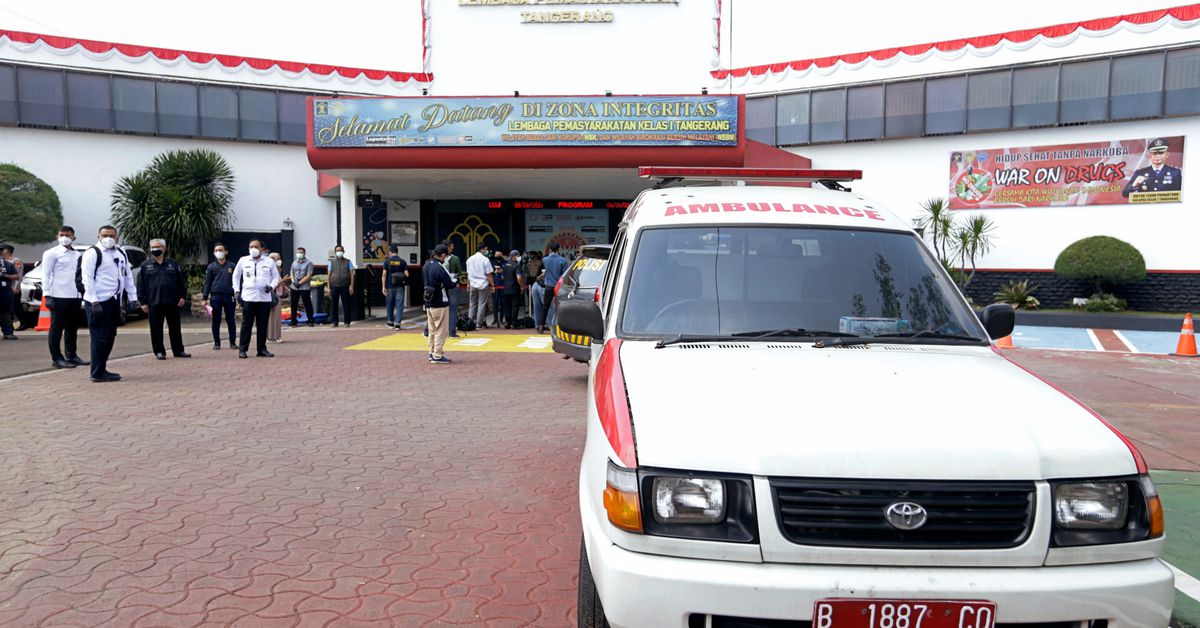 JAKARTA, Sept 8 (Reuters) – A fire tore through an overcrowded block in a jail in Indonesia’s Banten province in the early hours of Wednesday, killingat least 40 people and injuring dozens, a government spokeswoman and media reports said.

The fire, which broke out at 1 to 2 a.m. at the Tangerang Prison Block C, had beenextinguished and authorities were still evacuating the facility,said Rika Aprianti, a spokeswoman of the prison department of the law and human rights ministry.

“The cause is under investigation,” she said.

The block housed inmates being held for drug-related offences and had a capacity for 122 people, she said.

She did not say how many people were present when the fire broke out, but confirmed the jail was overcrowded.

The prison in Tangerang, an industrial and manufacturing hub near Jakarta, housed more than 2,000 inmates, far more than its 600 people capacity, according to government data as of September.

Kompas TV showed footage of firefighters trying to put out huge flames from the top of a building. The broadcaster reported 41 people had died and 8 had been seriously injured.

“The initial suspicion is this was because of an electrical short circuit,” police spokesman Yusri Yunus told Metro TV, which cited a police report saying that 73 people also had light injuries.