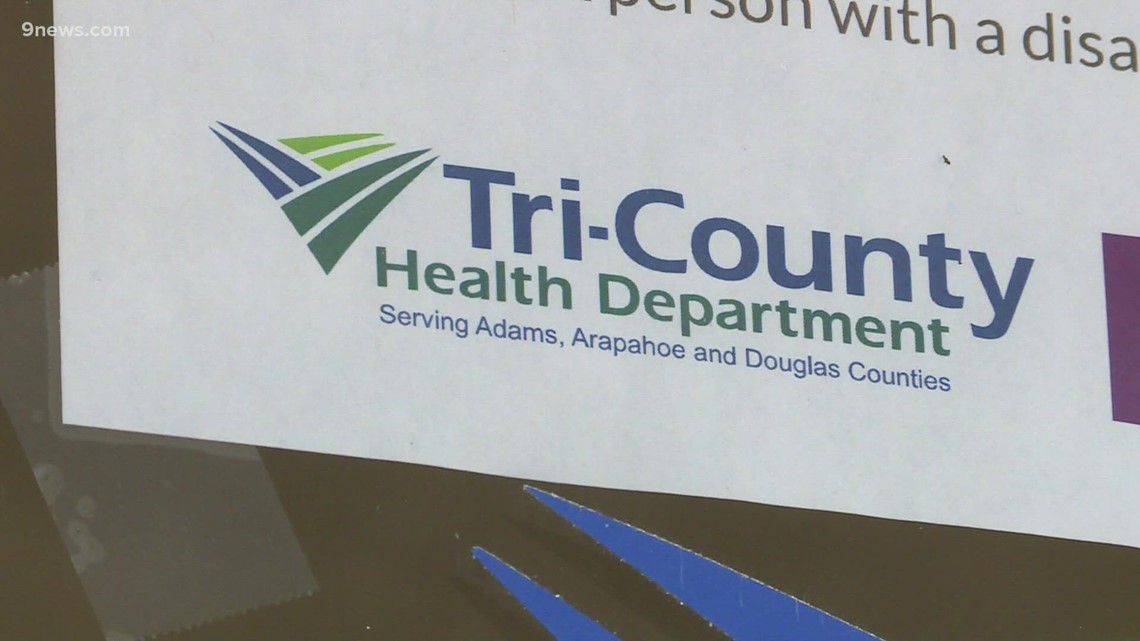 The county commissioners hope to establish their own single-county public health agency.

DOUGLAS COUNTY, Colo. — The Douglas County commissioners are set to formally vote on a resolution to leave the Tri-County Health Department (TCHD) during a special business meeting Tuesday afternoon.

They voted last week to formally move forward with a separation from TCHD which has served the county for 55 years. Their goal is to establish their own single-county public health agency.

During the work session last week Commissioner George Teal directed staff to draft a resolution withdrawing from TCHD and forming a Douglas County Public Health Agency. That issue will be heard during a Special Business Meeting at 4 p.m.

9NEWS will live stream the news conference in the video player above, on 9NEWS streaming devices, on the 9NEWS YouTube channel and on the 9NEWS app.

For several months, Douglas County has been exploring options and opportunities related to alternative means for the delivery of public health services for the county. They’re working with public health experts, an internal working group, as well as community members appointed to a new Public Health Advisory Committee.

Douglas County joined TCHD in 1966 and made a prior commitment to remain part of the agency through Dec. 31, 2022. More than a year ago in July 2020, there were talks about splitting with the department after health orders were put in place due to the coronavirus pandemic.

RELATED: Counties can no longer opt out of Tri-County Health’s school mask mandate

Those issues recently resurfaced when mask mandates were put in place for young students in schools by TCHD in mid-August. TCHD initially had a opt out provision but rescinded that order and replaced it with a new order that does not have that opt out provision. That move came after both Douglas County and Adams County chose to opt out. Arapahoe County had a vote on the issue scheduled.

The ability to opt out was something the two sides had previously agreed to as a condition of Douglas County remaining with the TCHD.

Arapahoe County leaders said they haven’t had time to assess the potential financial or service impact the change might have. They’re asking Douglas County leaders to halt the departure plan until all three counties can meet and discuss a “mutually agreeable” exit strategy.

Interesting. Just got a copy of this letter sent from the Arapahoe County Attorney to DougCo last week – asking DougCo to slow their roll on the departure from @TCHDHealth.#9news pic.twitter.com/3t7AGsyH2M

At issue is whether Douglas County complied with the one-year advance notice requirement to leave TCHD.