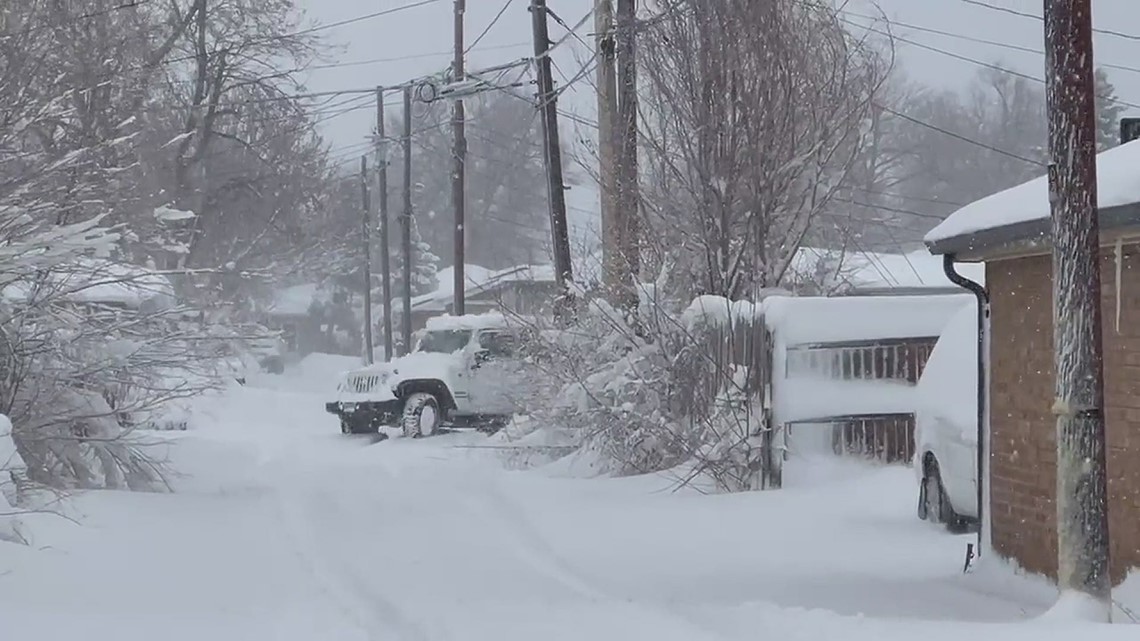 The Farmers’ Almanac and NOAA forecasts are at odds for the upcoming winter.

DENVER — Denver hit 93 degrees on Labor Day, and is forecast to break record high temperatures on Thursday and Friday, but we still know winter is just around the corner.

That’s why winter lovers in this state yearn for the release of three popular forecasts. The Farmers’ Almanac; their competing publication, the Old Farmer’s Almanac; and the one from the National Oceanic and Atmospheric Administration (NOAA).

The Farmers’ Almanac has been forecasting long-range weather since 1818. They don’t use meteorology in their predictions. Their forecasts are based on astronomy.

“And there is something to be said about sunspot activity, and the planet positions, and the effect the moon has, and how it all comes together,” Peter Geiger, the editor of Farmers’ Almanac, said.

He said the specific technique and formula is top secret, but this year, the Almanac is calling for winter to flip and flop.

“The frosty flip-flop winter is not necessarily a meteorological term,” Geiger said. “But it’s a term that people can relate to. It flips and it flops, it changes, it comes and it goes.”

Overall, Geiger expects wintery weather in Colorado to prevail and average out colder and snowier, with plenty of snow in the mountains for skiers.

The Farmers’ Almanac is predicting snow in the first week of December, but a mild Christmas. January is the snowiest and coldest month, with a possible blizzard in the forecast. And they’re predicting lighter snow and milder weather in February.

“Weather is a big part of what we do, but we’re so much more,” Geiger said. “The Almanac is about helping you survive that weather, and how to make life good for yourself.”

The Old Farmer’s Almanac is a completely different publication. They offer a similar zone-by-zone winter forecast with specific details for each week of the season.

They also base their forecasting technique on things like sunspot activity, but also claim to use some climatology and prevailing weather patterns in their predictions.

The Old Farmer’s Almanac is also leaning towards a colder winter in Colorado. They say mild and snowy in the eastern half of the state, while the western half is cold and dry.

RELATED: The most extreme weather in Denver Broncos history

NOAA’s winter outlook does not predict weather for specific weeks, but their forecast for December, January and February does look quite a bit milder than the almanacs.

They are predicting a 33-40% chance for above-average temperatures in Colorado, while their forecast for snow says the odds favor an average winter.

Denver’s average winter temperature is 31.8 degrees, and the average snowfall is 22.2 inches. Of course, if you’ve lived in Colorado for a while, you know most of the snow on the Front Range falls in the spring.

NOAA is basing their forecast heavily on the development of another La Niña. They say the connection between ocean temperatures in the equatorial Pacific and winter weather in the U.S. is becoming more and more reliable.

Geiger said the La Niña is not a factor in the Farmers’ Almanac forecast. He admits their weather prediction method is different, but he says it’s still science and can claim many recent successes.

Both almanacs claim to be about 80% accurate, which, if true, is just about as accurate as long-range forecasting based on meteorological techniques.