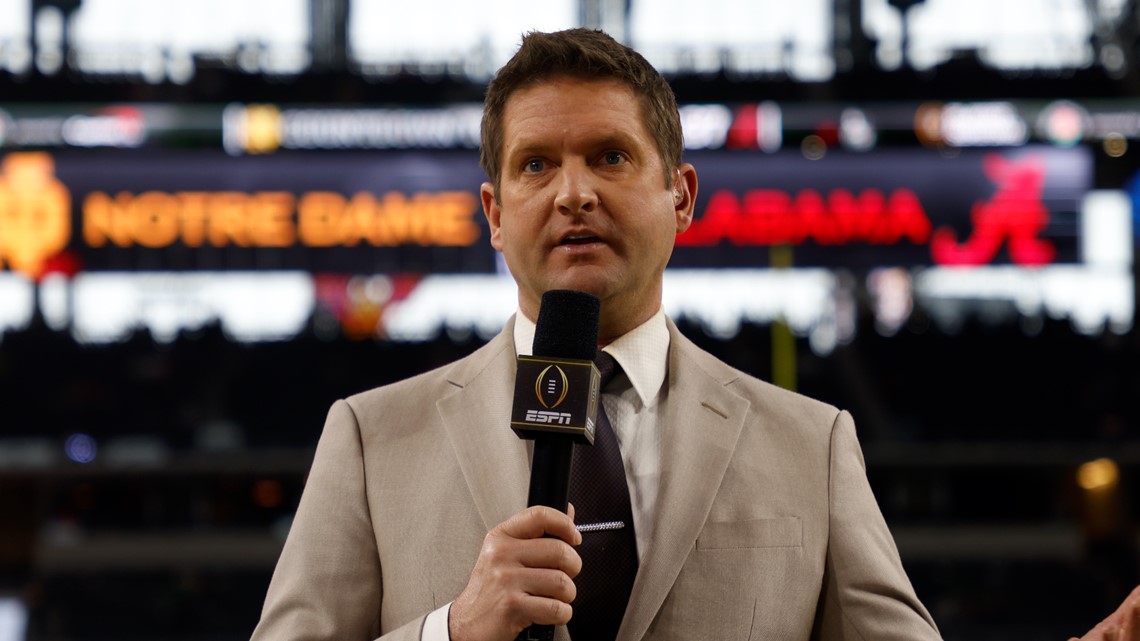 This comes after some people noted on social media that McShay appeared off during his report from the sideline of the Alabama-Miami game on Saturday.

BRISTOL, Conn. — ESPN NFL Draft analyst and college football sideline reporter Todd McShay announced Tuesday that he is taking some time away from the job to focus on his health and family.

This comes after a concerning sideline report during the Alabama-Miami broadcast on Saturday from McShay where viewers pointed out on social media that McShay did not look to be 100%.

We won’t speculate on any possible health conditions, but McShay tweeted that he appreciated the support from ESPN and the well wishes.

I am going to take some time away to focus on my health and my family. Thank you ESPN for being so supportive and for all the well wishes – I can’t wait to be back on the sidelines soon.

It’s not the first time in recent years that McShay has faced health-related issues that have kept him off the air. In Nov. of 2020, McShay was removed from ABC’s Wisconsin vs. Northwestern broadcast after he appeared to be feeling off in his early report from the field. ESPN said he left the game due to an illness. McShay also missed the broadcast of the 2020 NFL Draft because he contracted COVID-19.

McShay, 44, has participated in ESPN NFL Draft-related coverage since 2006 and has been a college football sideline reporter for the network since 2014.

SUBSCRIBE: Find the daily Locked On podcast for your college team or your conference here, for free and available on all platforms.