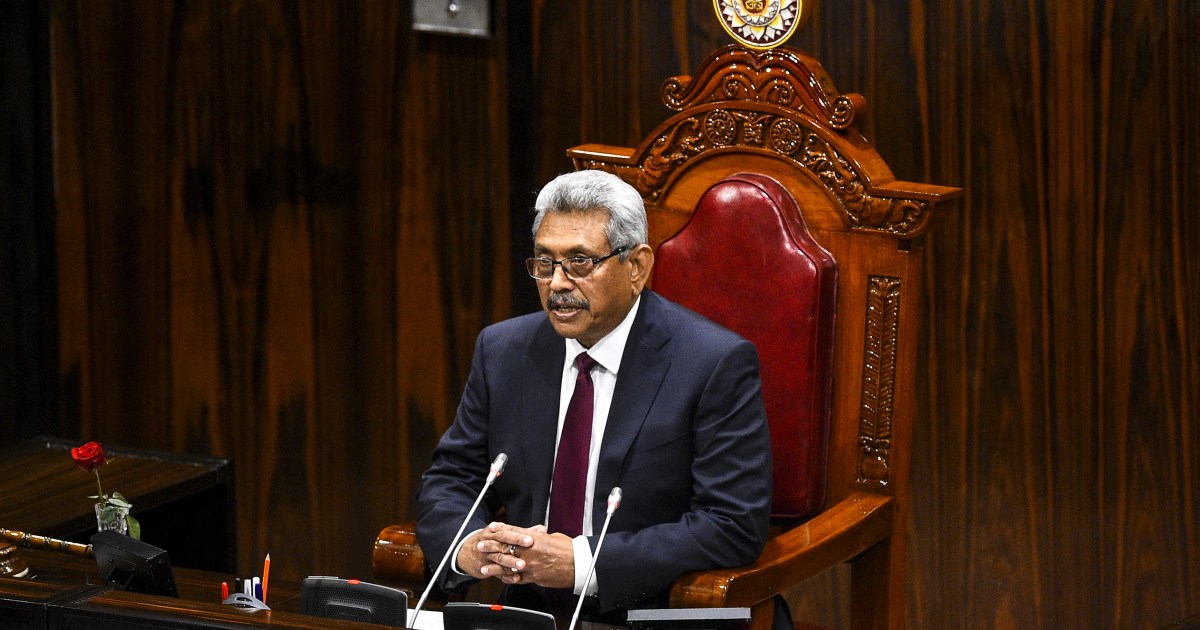 President declared state of emergency to control food prices and prevent hoarding amid shortages of some staples.

Sri Lanka’s parliament has approved a state of emergency declared by the president, who said it is needed to control food prices and prevent hoarding amid shortages of some staples.

Opposition legislators on Monday said the emergency declaration is not needed because other laws can be used to maintain essential supplies, and the tough emergency rules can be misused to stifle critics.

The emergency law enables authorities to detain people without warrants, seize property, enter and search any premises, suspend laws and issue orders that cannot be questioned in court. Officials who issue such orders are also immune from lawsuits.

President Gotabaya Rajapaksa had declared the emergency on August 30.

The constitution requires that it be approved within 14 days by the 225-member parliament, where the governing party has more than 150 seats. The resolution received 132 votes in favour and 51 against.

The government said it had maximised efforts to use normal laws but that court cases it filed have been delayed by the pandemic.

Ruling party legislators said the emergency was declared only because other options were not working and that the government does not intend to use the emergency regulations against opponents.

Sri Lanka has been governed under a state of emergency for much of the last 50 years as it went through two Marxist insurrections and a decades-long civil war.

Authorities were often accused of using the rules to suppress opponents.

In recent weeks, there have been shortages of essential items such as sugar, milk powder and cooking gas. The government says hoarders artificially created the shortages.

The country is also facing a foreign exchange crisis triggered by a drop in tourism and exports, along with heavy loan repayments.