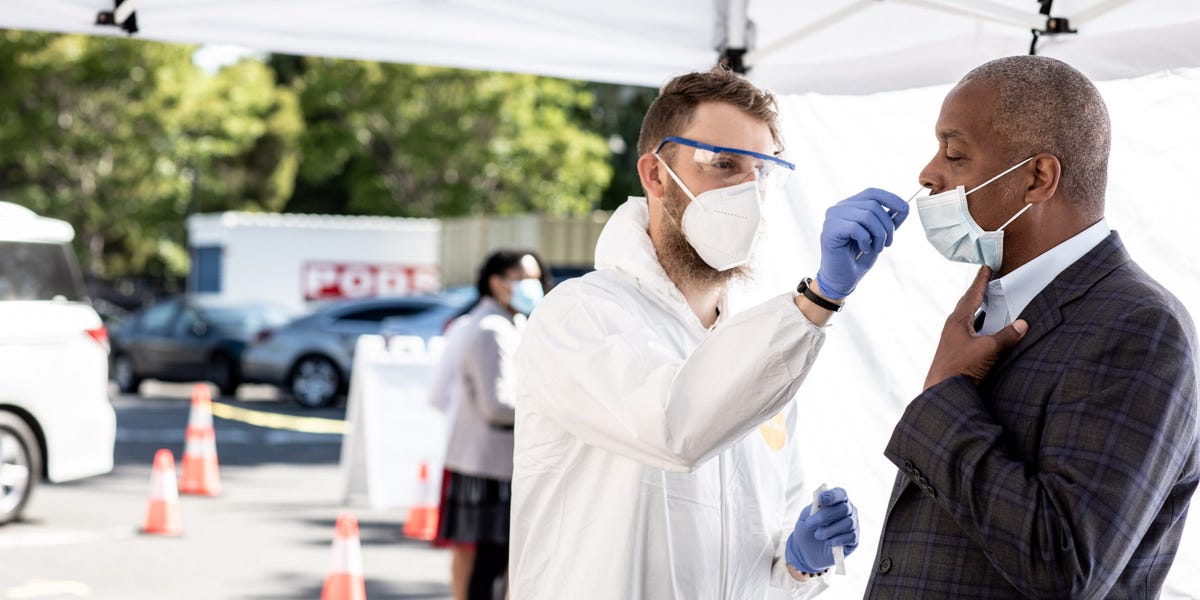 Jobs data out Friday confirmed what economists feared for weeks: The US economic rebound is on the ropes.

The country added only 235,000 jobs in August, down from 1.1 million the month prior and less than one-third of what economists expected.

The slowdown in hiring pushed back a full labor-market recovery by two months, according to Insider’s calculations. If the August pace holds, the US likely won’t reach pre-pandemic employment levels for another two years.

For everyday Americans, it means the end of “hot vax summer,” which included a massive demand for workers that practically guaranteed job availability, fueled historic raises, and doubled the use of signing bonuses. Weaker spending puts small businesses back in jeopardy, and prospective homebuyers could have a tougher time making a down payment as new risks cloud their financial futures.

The data is a harrowing reminder that so long as the virus poses a threat, the economy isn’t likely to rebound. Daily COVID-19 cases soared to their highest levels since January last month as the Delta variant spread across the US. The resurgence prompted several state and local governments to reimpose mask-wearing rules.

That’s a sharp reversal from progress seen just months earlier. The US economy was in full reopening mode through most of the summer, with vaccination and falling case counts leading governments to reverse lockdown measures. The economy added nearly 1 million jobs in June and 1.1 million jobs in July as businesses rushed to rehire. And job openings leaped to record highs, signaling an overwhelming demand for workers.

The present-day outlook is far bleaker, and it stands to worsen before it improves. The job report’s survey period ended about halfway through August, and virus cases have climbed higher since. The latest hiring data showed “just the start of the Delta hit,” and returning to 1 million-a-month job creation in the fall will now be a “real struggle,” Ian Shepherdson, the chief economist at Pantheon Macroeconomics, said Friday.

“The good news? There isn’t any. September likely will be weak, too, and we’re becoming nervous about the prospects for a decent revival in October, given that behavior lags cases, and cases are yet to peak,” he added.

Vaccination is the key for a summerlike rebound

That’s not to say employment won’t pick up by the end of the year. Early data suggests the Delta wave’s peak might have already arrived. The seven-day average of COVID-19 hospitalizations fell earlier this month for the first time since June, mirroring the declines seen in countries that have already seen Delta surges come and go. The decline was also powered by Florida and Texas, among the first states in which Delta cases soared.

Separately, vaccination reaccelerated through July and August after sliding from the faster spring pace. The US is vaccinating nearly 1 million Americans each day on average, about double the rate seen in early July. While vaccination doesn’t guarantee people won’t catch the Delta variant, it’s proven to dramatically decrease the chances of COVID-19-related hospitalization or death.

The latest jobs report revived messaging used by government officials and economists from the earliest days of the pandemic: that the path of the recovery was dependent on the path of the virus. In a Friday speech addressing the report, President Joe Biden said that the country was still grappling with a “pandemic of the unvaccinated” and that the unvaccinated population was “creating a lot of unease in our economy.”

A summerlike revival is still possible, but it hinges on vaccinating millions more Americans and putting the Delta variant in the country’s rearview mirror, Biden added.