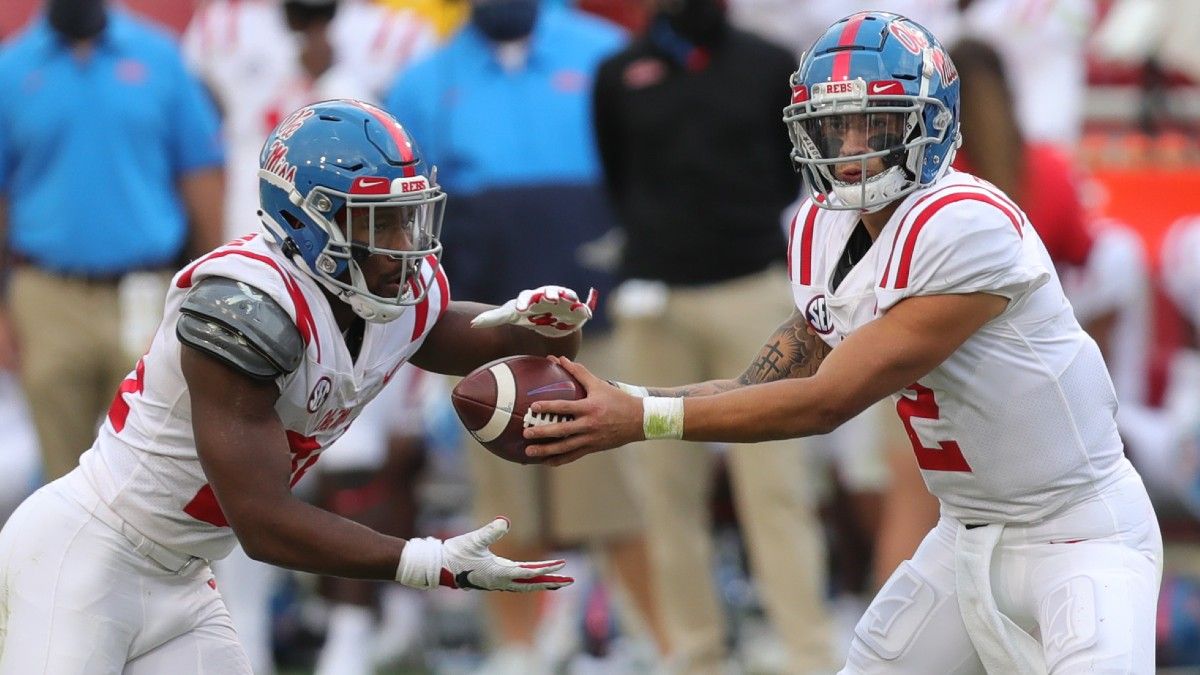 A bettor at WynnBET will have quite the Monday night sweat when Louisville and Ole Miss kick off in the Week 1 college football finale.

The biggest total on the board in Week 1 is Monday night when two high-flying offenses meet between the Rebels and Cardinals. Defense is usually optional, especially for the Lane Kiffin-led team, but the player is on the right side of the current trends through two weeks.

Kiffin won’t be coaching this one, as he’s sidelined after testing positive for a breakthrough case of COVID-19. The total has dipped a point since the original wager was made and sits at 74.5.

Sweating unders hasn’t been a challenge for the bettor: The first 13 legs were all on college football unders. It was the right time to bet them, as according to BetLabs data, unders between two FBS schools in the first two weeks of the season have gone 33-14-1 (70.2%).

Most of the games haven’t been all that close. The closest final was Charlotte and Duke, which hit the under by 1.5 points. Boise State and UCF went under by 2.5 points.

The first 13 games that have already hit are as follows.

How would you rate this article?

Bowl projections: Will Alabama or Michigan be the No. 1 seed? – USA TODAY