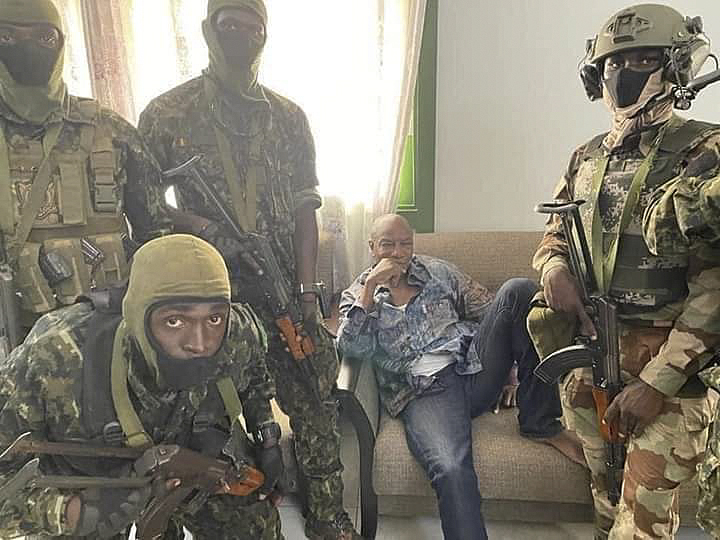 Mutinying soldiers in the West African nation of Guinea detained President Alpha Conde after hours of heavy gunfire rang out near the presidential palace in Conakry.

Hundreds of people celebrated on the streets with members of Guinea’s armed forces after Conde’s arrest. The coup-makers announced on state television on Sunday the government had been dissolved.

The country’s borders were closed and its constitution declared invalid in the announcement read by army Colonel Mamadi Doumbouya. “The duty of a soldier is to save the country,” he said.

Conde, in power for more than a decade, had seen his popularity plummet since he sought a third term last year, saying term limits did not apply to him.