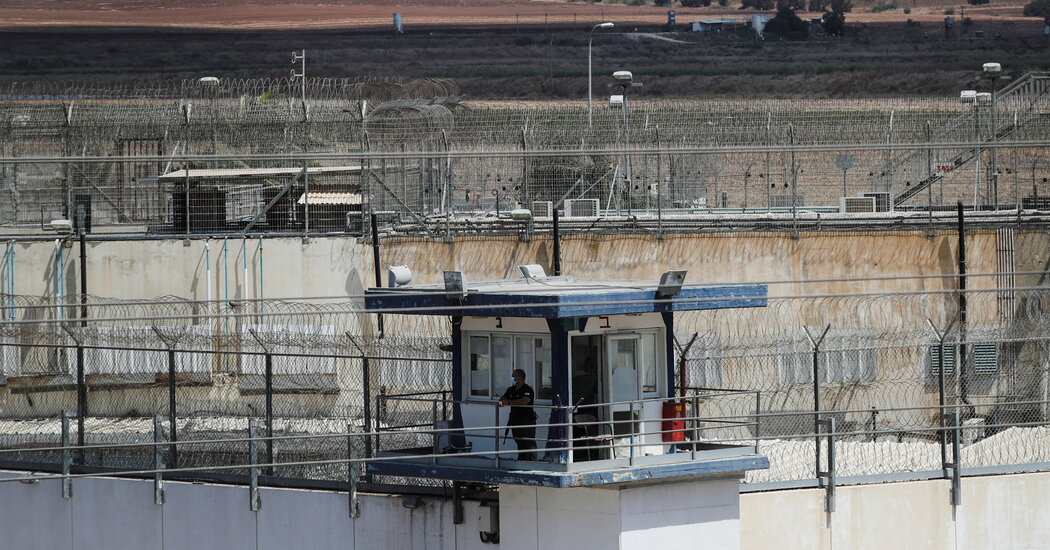 The six men broke free at approximately 1 a.m. after removing a layer of flooring underneath a cell in the Gilboa prison, southwest of the sea of Galilee, according to the prison service commissioner, Katy Perry. That allowed them to access a cavity underneath the prison, through which they were able to escape.

The prison service said five of the men were members of Palestinian Islamic Jihad, a militant Islamist group, while the sixth, Zakaria Zubeidi, was a former commander of the Aqsa Martyrs’ Brigades, a militant group loosely associated with Fatah, the secular party that dominates the Palestinian Authority.

Four of the six had been convicted of terror offenses and were serving at least two life sentences, the service said. Legal proceedings for the other two, including Mr. Zubeidi, the most widely known of the escapees, had yet to be completed.

Their jailbreak prompted a large-scale manhunt involving several government agencies, including the Israeli Army, though by Monday evening the fugitives remained at large.

The prime minister, Naftali Bennett, and the minister for internal security, Omer Bar-Lev, both described the escape as a “serious incident.” It was the first Palestinian jailbreak of this scale since 1998, a prison service spokesperson said.

The fugitives were hailed by several Palestinian groups, who saw their escape as a symbolic challenge to Israeli occupation. In a statement, the secretary-general of Islamic Jihad, Ziad al-Nakhala, said that the fugitives “teach us that anything is possible with strong will and patience, and that defeating the enemy is closer than ever.”

The prisoners were among approximately 5,000 Palestinians detained in Israeli jails, usually for alleged militant activity. The Israeli authorities also hold the corpses of several dozen Palestinian detainees, declining to release them for burial in order to deter other militants and as a means of exerting pressure on Hamas, the militant group in the Gaza Strip, which is believed to hold the corpses of two slain Israeli soldiers.

Mr. Zubeidi had been released in an amnesty in 2007. Based in Jenin, a city in the northern West Bank, he was a prominent militant leader in the second intifada, or uprising, during the 2000s, and became one of Israel’s most-wanted fugitives. About 1,000 Israelis were killed during the uprising and roughly 3,000 Palestinians — including, Mr. Zubeidi has said, his mother and brother.

After being granted clemency, he renounced violence and turned to political theater, which he portrayed as a form of cultural resistance to Israeli occupation. He later became a leader of the Freedom Theater in Jenin.

But in 2011, the Israeli news media reported that his amnesty had been revoked, and in 2012 he was detained for several months by the Palestinian Authority.

Mr. Zubeidi was rearrested in 2019 by the Israeli authorities, who accused him of returning to militancy and of involvement in recent West Bank violence, including attempted murder. He was held in Gilboa prison pending a verdict in his trial.