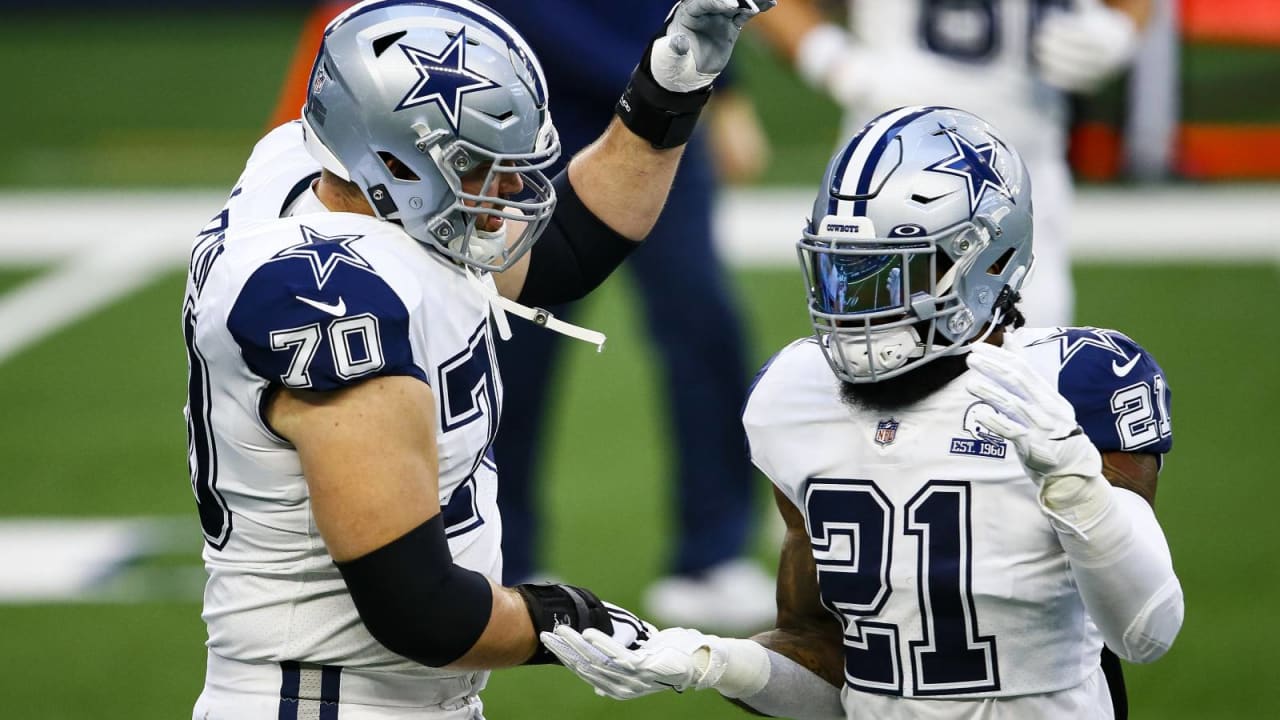 The Dallas Cowboys are preparing for the season-opening game against the Super Bowl champion Tampa Bay Buccaneers without star guard Zack Martin.

To underscore Martin’s importance to the Cowboys’ offense, Ezekiel Elliott named the lineman the team’s most vital player.

“Zack’s our best player on our offense. I mean most runs, they coming back behind him,” Elliott said, via ESPN. “It’s disappointing but you can’t harp on it, can’t let it be more than what it is. I mean, definitely going to miss him, definitely wish he was out there, but we still have a game to go play and we got to try and get the job done.”

Given return-to-play protocols, the Cowboys aren’t expecting Martin to play Thursday night. A fully vaccinated player — which Martin reportedly is — can return if he does not have symptoms and receives two negative tests 24 hours apart. While theoretically possible Martin could be cleared in time, given symptoms were present, it’s unlikely he’ll make it back in time.

Third-year guard Connor McGovern is expected to start in Martin’s spot for the season-opener.

Not only is Martin a key people-mover for Zeke and the Cowboys’ ground game, but he’s also a wall in front of Dak Prescott﻿. Given that the QB is coming off a major ankle break, keeping him clean will be vital for Dallas to move the ball against a stout Bucs defense. Last time we saw Tampa’s D, they were making Patrick Mahomes run for his life in the Super Bowl. Now, Vita Vea, Ndamukong Suh et al. won’t have Martin to deal with in the season opener.