A 28-year-old mom of two, suffering from migraines, recently went to a doctor for a check-up. But to her surprise, doctors told her that she had three to six months left to live. The woman later died, leaving her family heartbroken.

The woman was identified as Hettie Galway from Huyton in the United Kingdom and was diagnosed with an inoperable brain tumor. She got to know about her condition last year and told The Washington Newsday that she became unwell, forgetful, and suffered from hazy eyesight after being diagnosed. She spent most of her remaining days in bed and was not able to go to work.

When Galway went to the doctor last year, it was not the first time she asked for help. Since 2017, she had numerous visits to her general practitioner and was only told by doctors that her symptoms were just migraines. However, when she could no longer bear the pain, she went to another doctor for a second opinion. The new doctor she visited made her undergo a CT and MRI scan and was later told she had a Grade three brain tumor.

Although she had surgery, a biopsy, chemotherapy, and radiotherapy, she was diagnosed again in August with a new and aggressive tumor growing on her brain stem. The doctors told her they could do nothing anymore. 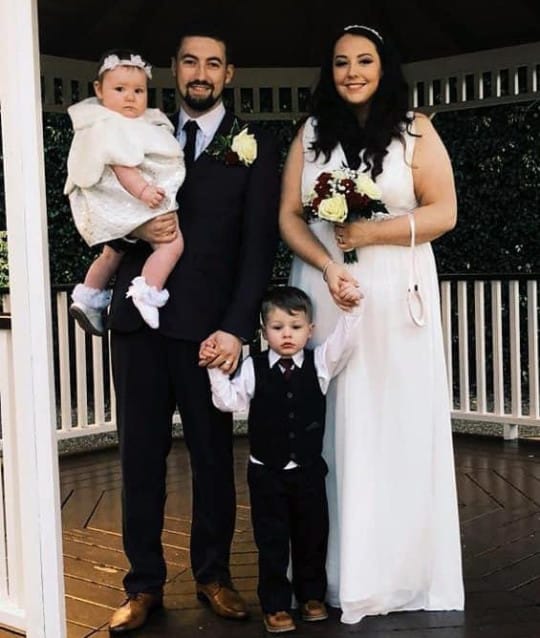 Galway died on April 22 this year. She left behind her husband David and their two children named Daniel, six, and Epona, four.

Before Galway died, David took her and their kids to spend several days out as a family to create memories. David shared, “We did go to Blackpool and Gulliver’s World. We had a few moments, but it was a bit difficult with Covid and lockdown after lockdown. She was happy, from what I could see. I’m glad we could spend that time we did have, even though it was short.”

David further talked about his wife’s last days. He shared, “Towards the end of last summer, she started having difficulty in terms of walking and her balance. Eventually, she was using the wheelchair – it was a slow, degrading process really.” When asked to describe the disease that killed his wife, David said it was unfair because Galway had to be in the hospital bed all day and could not eat or drink. But David believes she is at peace now, and he is working towards getting through this devastating time for their children.

David is now retraining as a personal trainer to help others who have experienced what he went through. He said he decided to do this because he spent months feeling sorry for himself and “was just binge eating constantly and running myself down.” He revealed that if he qualifies as a personal trainer, he can deliver “something just for people who’ve gone through the same thing as me, to try and get them on the right track again.

Scientists call omicron ‘most mutated virus we’d ever seen.’ Why does that matter? – KTLA