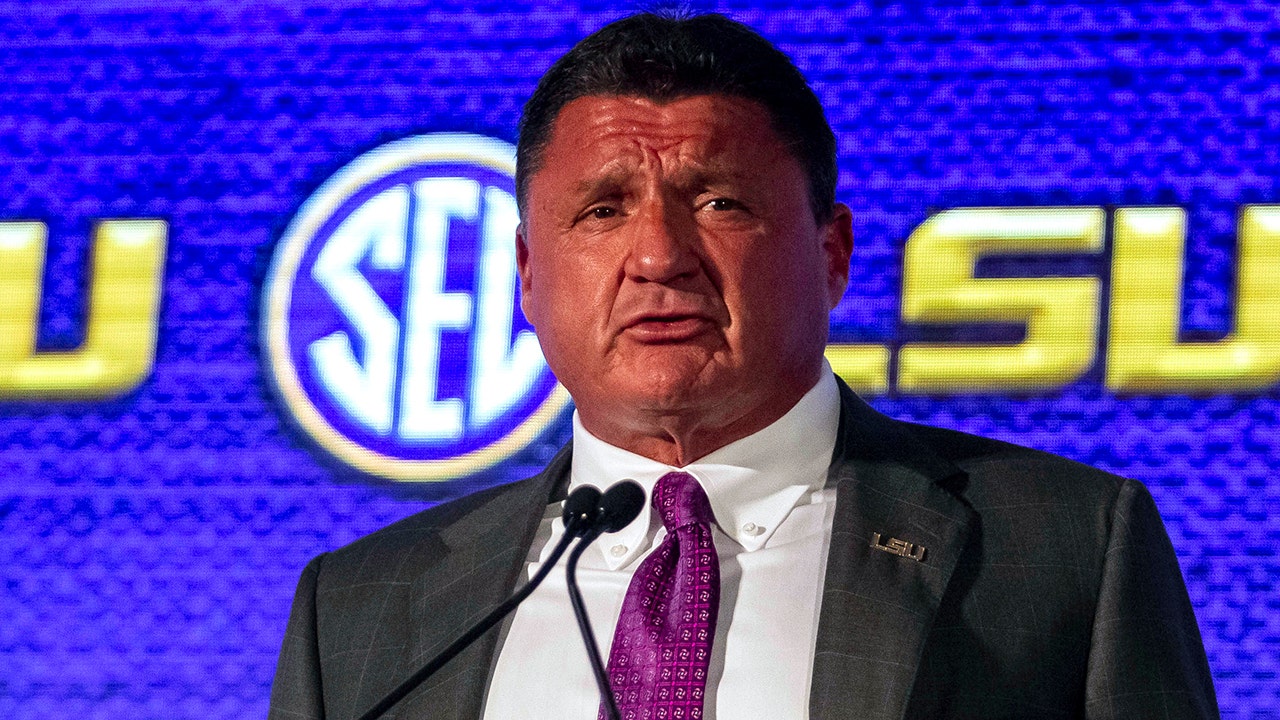 LSU coach Ed Orgeron made sure he had something for a heckler as he walked into Rose Bowl Stadium ahead of his game Saturday night against UCLA.

A Bruins fan caught Orgeron walking into the stadium and started to talk some trash. Coach, who is never one to shy away from any kind of fan interaction, clapped back.

“Bring you a—on, in your sissy blue shirt,” he said.

LSU and Orgeron are looking to take care of business against UCLA. The Tigers had a disappointing 2020 season when they were coming off a national championship run. Derek Stingley Jr, one of the top cornerbacks in college football, will lead the defense in trying to stop the talented Bruins offense.

Dorian Thompson-Robinson was 10-for-20 for 130 passing yards and a touchdown pass in last week’s win over Hawaii. Zach Charbonnet ran the ball for 106 yards on six carries and had three touchdowns. His longest run was a 47-yard touchdown.

The defense was able to intercept two Hawaii passes in the game as well.

Max Johnson will get the start for the Tigers. The sophomore has young wide receivers to throw to in sophomore Kayshon Boutte and freshman Brian Thomas Jr. Redshirt junior Jaray Jenkins is the veteran. He had 23 catches for 397 yards and two touchdowns last season.