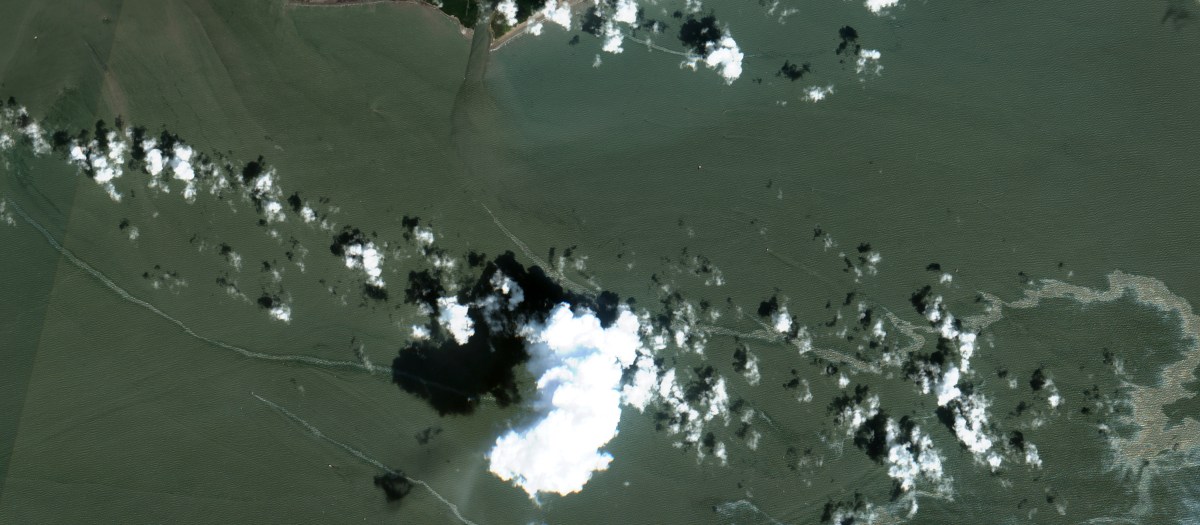 US Coast Guard says cleanup boats are at the scene of a sizable oil spill in the Gulf of Mexico after Hurricane Ida.

The United States Coast Guard says cleanup crews are responding to a sizable oil spill in the Gulf of Mexico following Hurricane Ida, while a private team of divers are set to descend underwater to locate the source of the leak.

Lieutenant John Edwards, spokesman for the US Coast Guard, said on Saturday that the Clean Gulf Associates, a nonprofit oil-spill response cooperative, has placed a containment boom in the area to prevent the further spread of the oil.

The company’s vessels are also running skimmers that can remove oil from the water, though only about 42 gallons (about 160 liters) has been removed so far.

The spill, which is ongoing, appears to be coming from a source underwater at an offshore drilling lease about two miles (three kilometers) south of Port Fourchon in  Louisiana, an oil and gas hub.

So far, the growing spill appears to have remained out to sea and has not impacted the Louisiana shoreline.

There is not yet any estimate for how much oil was in the water, but recent satellite images reviewed by the Associated Press news agency on Saturday appeared to show the slick drifting more than 12 miles (19 kilometers) eastward along the Gulf coast.

Edwards said response teams are monitoring reports and satellite imagery to determine the scope of the discharge.

He said the source of the pollution is located in Bay Marchand, Block 4, and is believed to be crude oil from an undersea pipeline owned by Talos Energy.

Brian L Grove, spokesman for the Houston-based energy company, said it had hired Clean Gulf Associates to respond to the spill even though the company believes it is not responsible for the oil in the water.

Talos will also dispatch a team of divers to determine the source of the spill on Sunday.

“Talos will continue to work closely with the US Coast Guard and other state and federal agencies to identify the source of the release and coordinate a successful response,” the company said in a statement. “The company’s top priorities are the safety of all personnel and the protection of the public and environment.”

Once the source had been identified, the Coast Guard said it will work on a recovery and source control plan.

The Bay Marchand spill is one of dozens of reported environmental hazards that regulators are responding to in Louisiana and the Gulf following Hurricane Ida.

The Category 4 storm was one of the most powerful hurricanes ever to strike the US Gulf Coast.

It made landfall in Louisiana last Sunday, destroying entire communities.