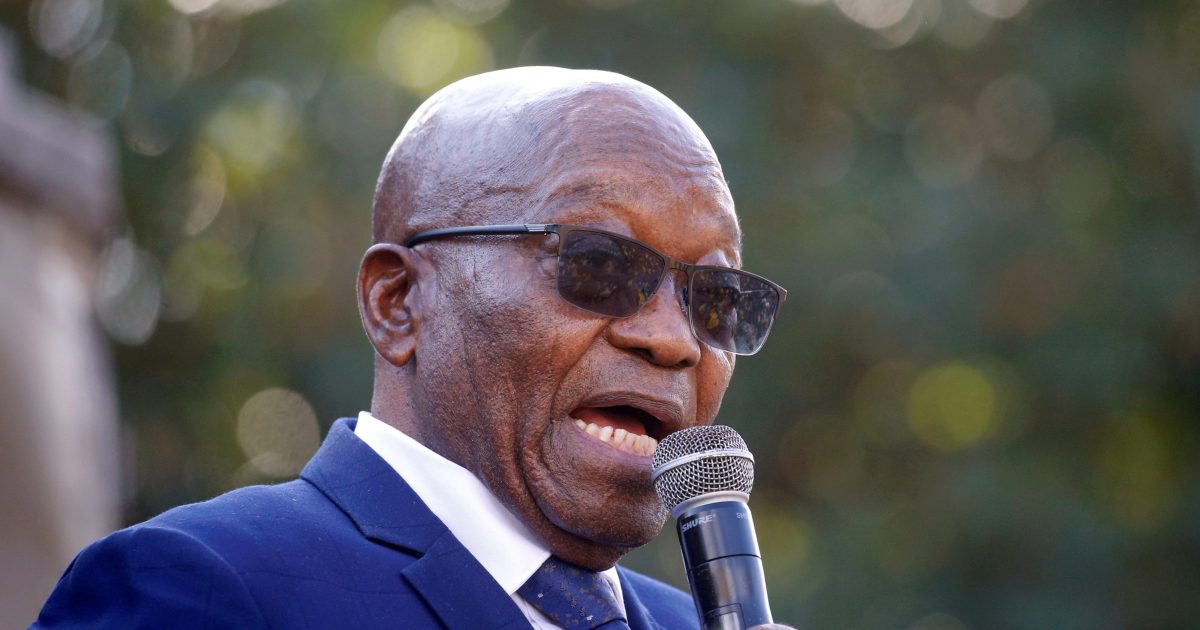 Zuma, 79, was sentenced to a 15-month prison sentence two months ago by the country’s Constitutional Court for contempt after he refused to appear before a judicial commission probing corruption during his nearly decade-long presidency.

The former president began his sentence on July 8 at the Estcourt prison in the eastern KwaZulu-Natal province, about 180km (110 miles) northwest of Durban, before he was admitted to a hospital where he later underwent surgery.

Two weeks later, he was allowed to leave prison to attend his brother’s funeral at his Nkandla rural home.

“Medical parole placement for Zuma means that he will complete the remainder of the sentence in the system of community corrections, whereby he must comply with a specific set of conditions and will be subjected to supervision until his sentence expires,” the Department of Correctional Services said in a statement late on Sunday.

The department said the decision was impelled by a medical report it received.

“Apart from being terminally ill and physically incapacitated, inmates suffering from an illness that severely limits their daily activity or self-care can also be considered for medical parole,” it said.

Zuma’s jailing in July led to violent riots in South Africa, killing more than 300 people and witnessing looting and vandalism estimated to cost businesses in the billions of South African rand.

His successor Cyril Ramaphosa described the unrest as an orchestrated attempt to destabilise the country and pledged to crack down on alleged instigators.

The Jacob Zuma Foundation welcomed the decision for the former president to serve the rest of his sentence outside prison.

“He is still in hospital right now,” said the foundation in a statement, adding that more detailed remarks would be issued “in due course after consultation with the legal team of President Zuma”.

Zuma has been hospitalised for an undisclosed condition since August 6 at a health facility outside of prison. He underwent a surgical procedure on August 14.

Earlier on Sunday a handful of members of a group of veterans of the ruling ANC’s armed wing Umkhonto we Sizwe, who have staunchly stood behind Zuma in recent years, disrupted a eulogy by the party chairman Gwede Mantashe, at a funeral of one of the group’s leaders, chanting for Zuma to be freed from jail.

Meanwhile, Zuma’s long-running corruption trial over an arms deal dating back more than two decades was last month postponed to September 9, pending a medical report on his fitness to stand trial.

Proceedings have repeatedly been postponed for more than a decade as Zuma fought to have the charges dropped.

Zuma faces 16 counts of fraud, corruption and racketeering related to the 1999 purchase of fighter jets, patrol boats and equipment from five European arms firms when he was deputy president.

He is accused of taking bribes from one of the firms, French defence giant Thales, which has been charged with corruption and money laundering.