The top-ranked Alabama Crimson Tide didn’t seem to have any issues in taking down the No. 14 ranked Miami Hurricanes in Atlanta for their season-opening contest.

The game was expected to be one sided, which it was, but fans were excited to see some new faces on the Crimson Tide. With numerous stars on both sides of the ball no longer on the team after being drafted to the NFL, many wondered how their replacements would fare.

Well, they did more than just held their own, they managed to impress the nation and cement themselves as the No. 1 team in all of college football.

It was a great win for the team, but there were five players who stood out above the rest and left an impression on all who watched the game. 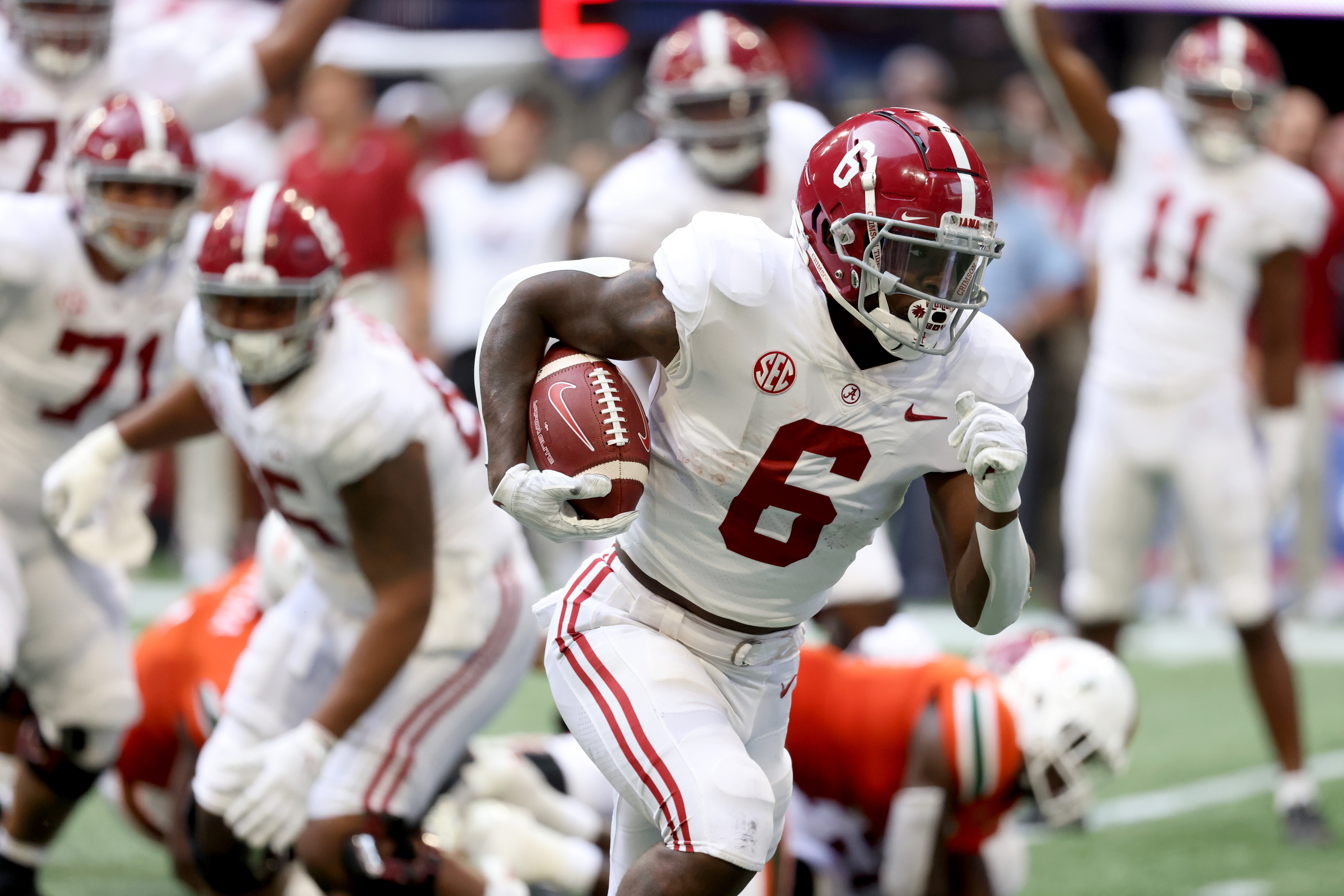 Trey Sanders only had eight carries for 41 yards and a touchdown, but the box score doesn’t tell the full story. Taking into account Sanders’ knee injury his freshman season in 2019, then a car crash in 2020 that took him out for the remainder of the season, it’s just amazing to see him back on the field.

He showed that he’s capable of carrying a heavier workload than what was dealt to him. He had the longest run of the night for the Crimson Tide and the only Alabama rushing touchdown. 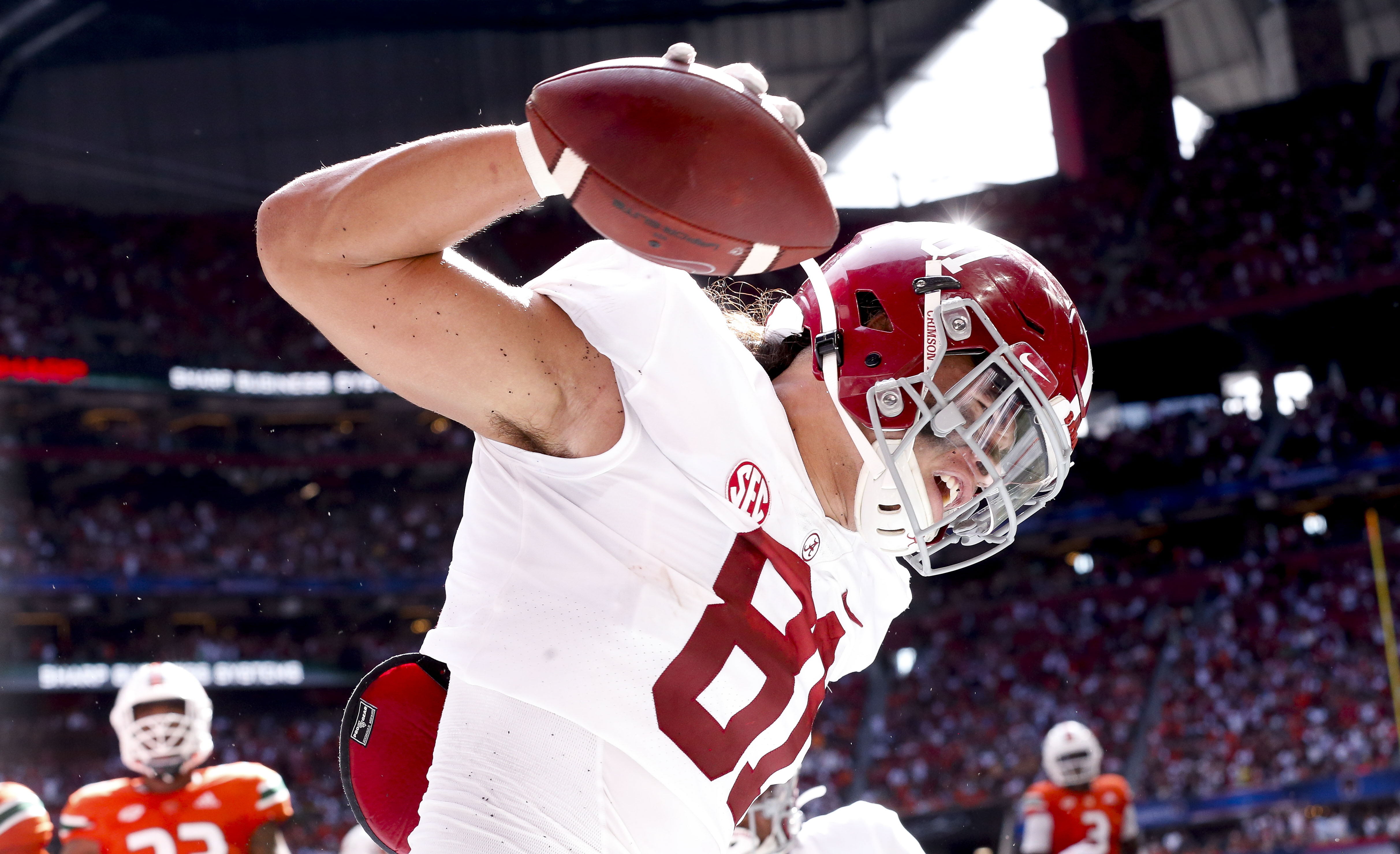 Cameron Latu is name that some fans heard for the first time when he reeled in three passes for 43 yards and scored two touchdowns against Miami. Others, however, may have heard rumblings and reports from spring practices claiming that he’s vastly improved.

Latu, though, is technically not even the starting tight end. That role belongs to Jahleel Billingsley, who was sidelined for most of yesterday’s contest.

With the way Latu played, he likely earned himself a lot more playing time than what was originally budgeted for him. 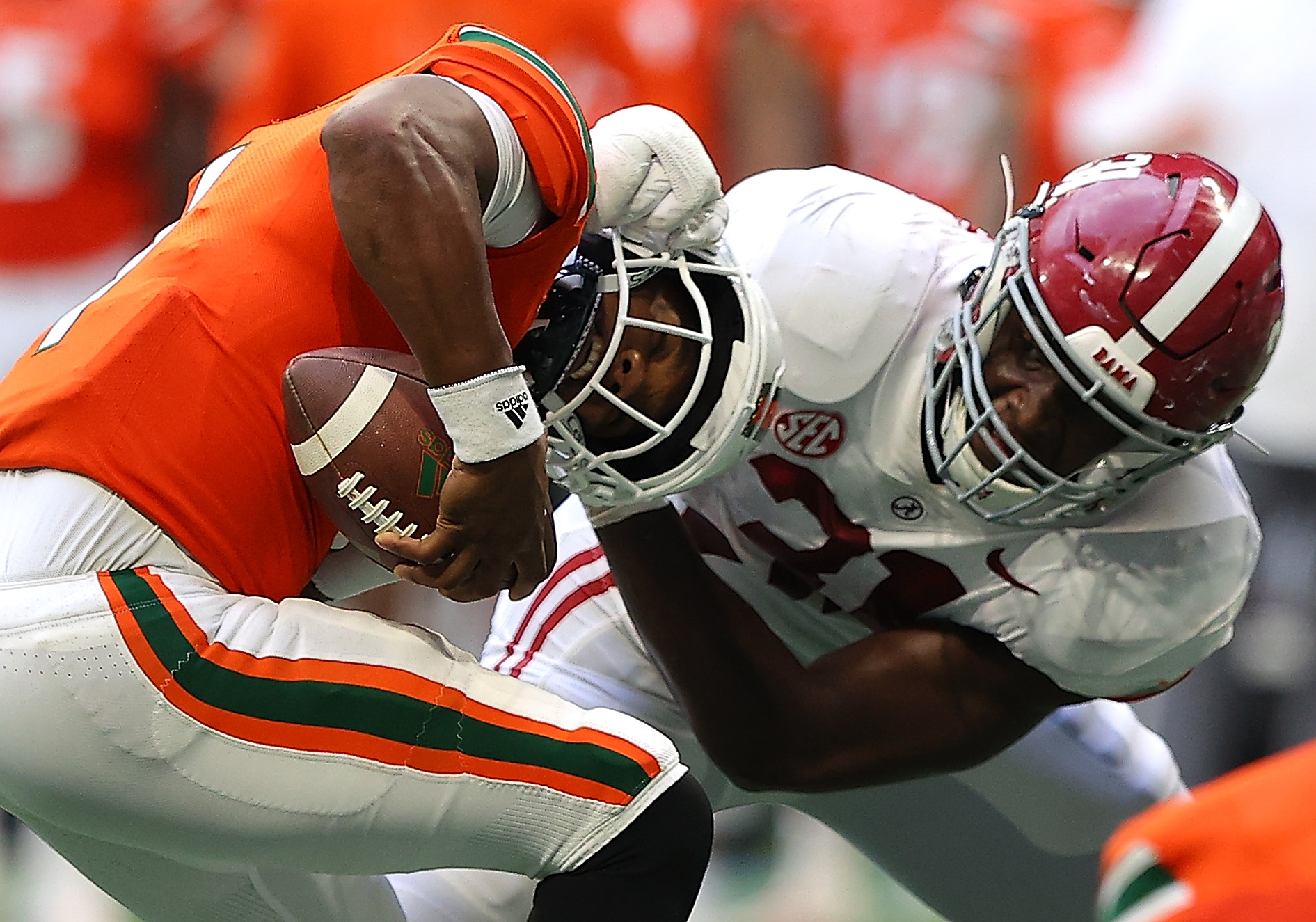 Alright, Anderson may have been the most impressive player on the defensive side of the ball against Miami, but he certainly didn’t shock anyone with his high level of play. It was completely expected.

Nine total tackles, one tackle for loss and a sack was just light work for the sophomore linebacker. Anderson just needed to get warmed up against Miami, he should wreak havoc on the remainder of the Crimson Tide’s schedule. 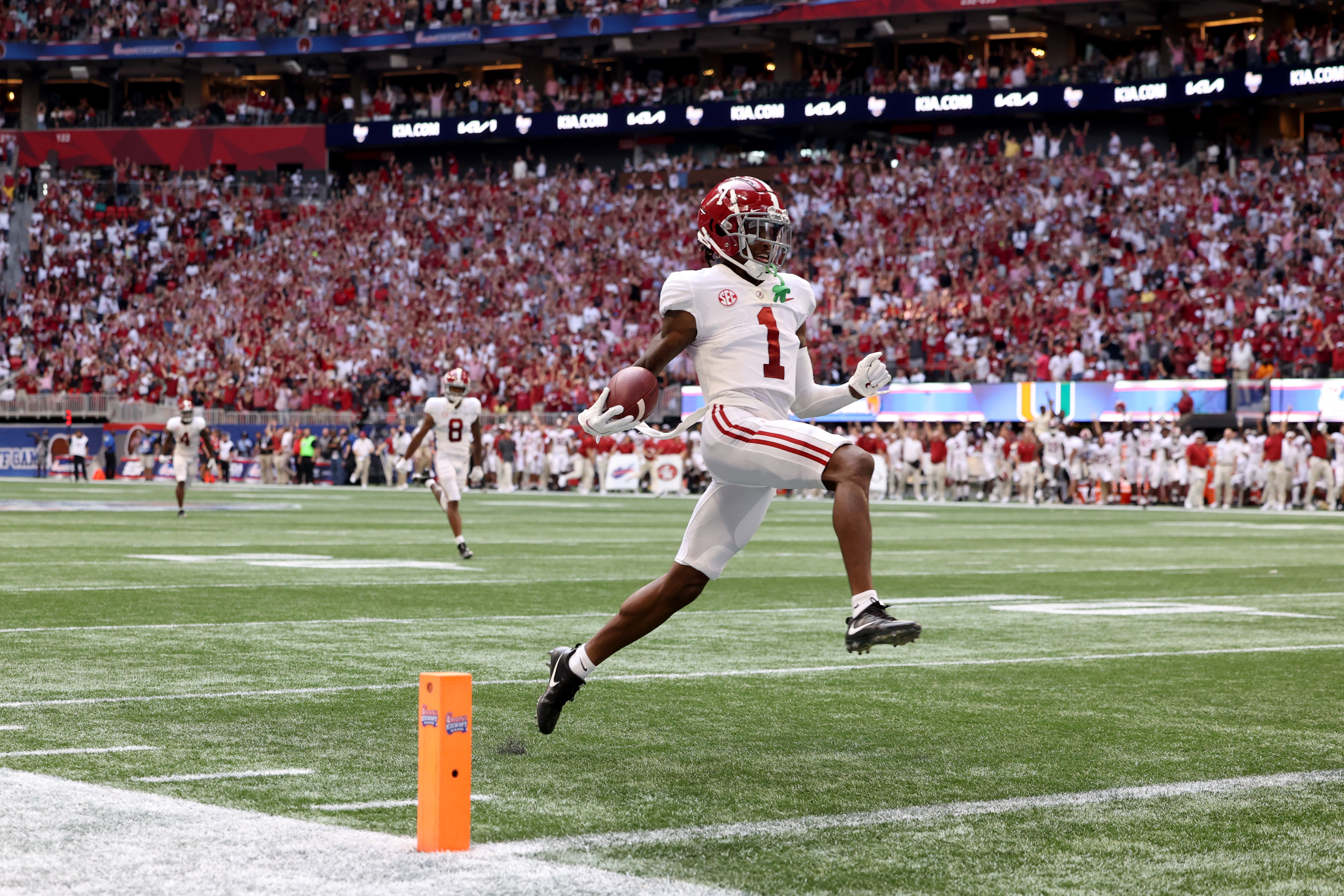 The Ohio State transfer wide receiver made his presence felt in the win over the Hurricanes. He caught four passes for 126 yards and a touchdown. That one touchdown was a 94-yard catch-and-run in the second half.

He seemingly fit right in the the Crimson Tide receiver corps, and has a solid connection with Bryce Young. The former Buckeye is now fully rolling with the Tide. 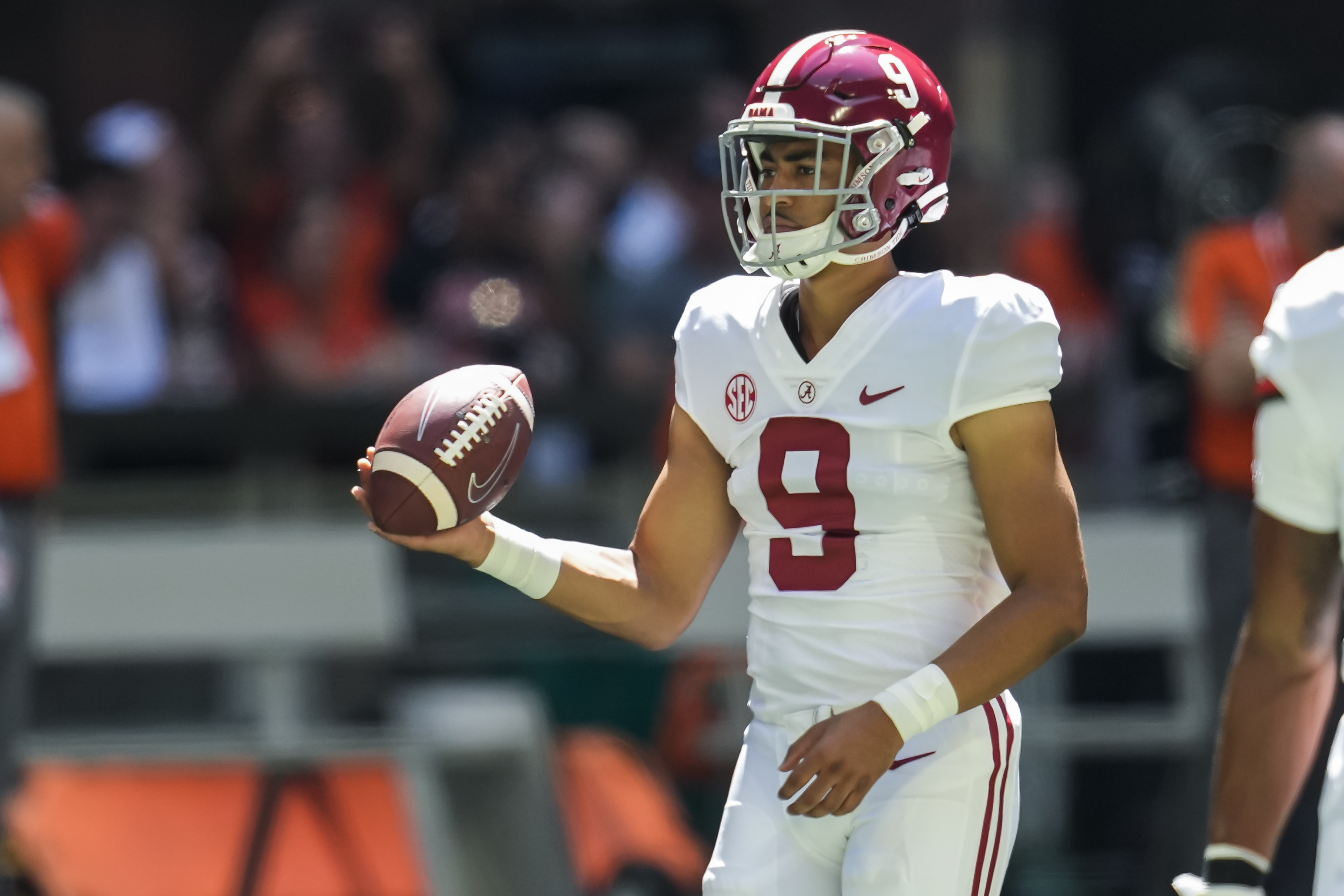 You probably expected this, right? It’s hard not to name Bryce Young as the most impressive player from the Crimson Tide’s first win of the season.

In his debut, he threw for a record-breaking four touchdowns and well over 300 yards in the air. If anyone had their doubts about Young, their worries have likely been alleviated. The 20-year old quarterback knows what hes doing and is as cool as an experienced veteran.

Two more years with Young as the lead passer, ad we are going to enjoy every second of it.

Bowl projections: Will Alabama or Michigan be the No. 1 seed? – USA TODAY