KABUL, Afghanistan (AFP) — Fresh fighting was reported on Saturday between the Taliban and resistance forces in Afghanistan’s Panjshir Valley, even as the hardline Islamists finalize a new government that will set the tone for their rule.

Facing the challenge of morphing from insurgents to rulers, the Taliban appear determined to snuff out the Panjshir resistance before announcing who will lead the country in the aftermath of Monday’s United States troop withdrawal, which was supposed to end two decades of war.

But Panjshir, which held out for nearly a decade against the Soviet Union’s occupation and also the Taliban’s first rule from 1996-2001, is stubbornly holding out.

Fighters from the so-called National Resistance Front (NRF) — made up of anti-Taliban militia and former Afghan security forces — are understood to have stockpiled a significant armory in the valley, around 80 kilometers (50 miles) north of Kabul and guarded by a narrow gorge.

Celebratory gunfire rang out in the capital Kabul overnight as rumors spread that the valley had fallen, but the Taliban made no official claim on Saturday and a resident told AFP by phone that the reports were false.

The Emergency Hospital in Kabul said that two people were killed and 20 wounded by the salvos, as the Taliban tweeted a stern admonishment warning its fighters to stop.

“The weapons and bullets given to you are public property. No one has the right to waste them. The bullets can also harm civilians, don’t shoot in vain.” 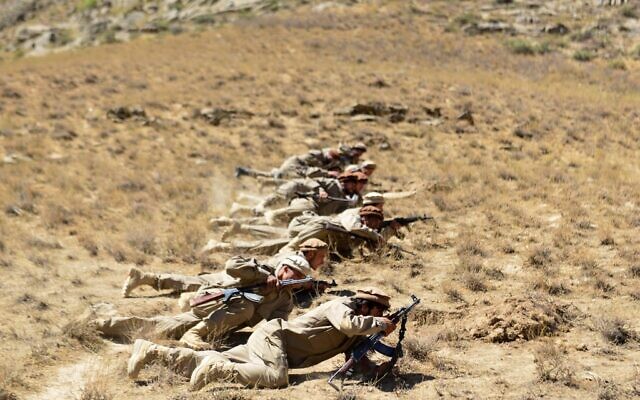 “The situation is difficult, we have been under invasion,” Saleh said in a video message.

“The resistance is continuing and will continue,” he added.

Taliban and resistance tweets suggested the key district of Paryan had changed hands several times in the last few days, but that also could not be independently verified. 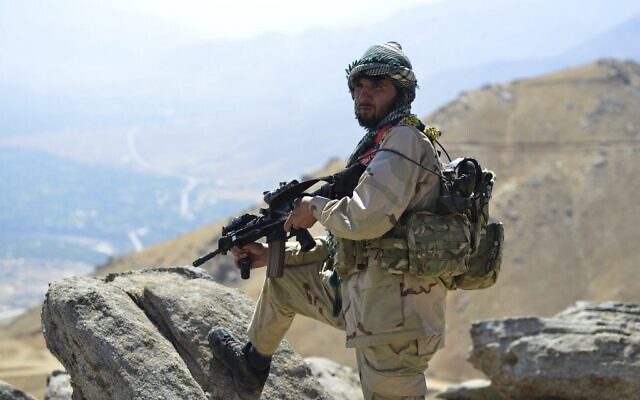 Away from the valley, the international community was coming to terms with having to deal with the new Taliban regime with a flurry of diplomacy.

US Secretary of State Antony Blinken is due on Sunday in Qatar, a key player in the Afghan saga and the location of the Taliban’s political office, though he is not expected to meet with the militants.

He will then travel to Germany, to lead a virtual 20-nation ministerial meeting on Afghanistan alongside German Foreign Minister Heiko Maas.

United Nations Secretary-General Antonio Guterres is also set to convene a high-level meeting on Afghanistan in Geneva on September 13, to focus on humanitarian assistance for the country.

Western Union and Moneygram, meanwhile, said that they were restarting cash transfers, which many Afghans rely on from relatives abroad to survive. 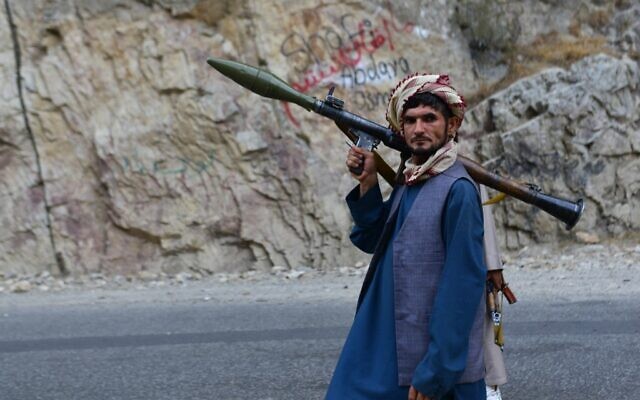 China has already confirmed that it will keep its embassy in Kabul open.

Afghanistan’s new rulers have pledged to be more accommodating than during their first stint in power, which also came after years of conflict — first the Soviet invasion of 1979, and then a bloody civil war.

That regime was notorious for its brutal interpretation of Islamic law, and its treatment of women, who were forced inside and denied access to school and work.

This time around, the Taliban have made repeated declarations that they will not carry out revenge attacks on opponents, and women will have access to education and some employment. 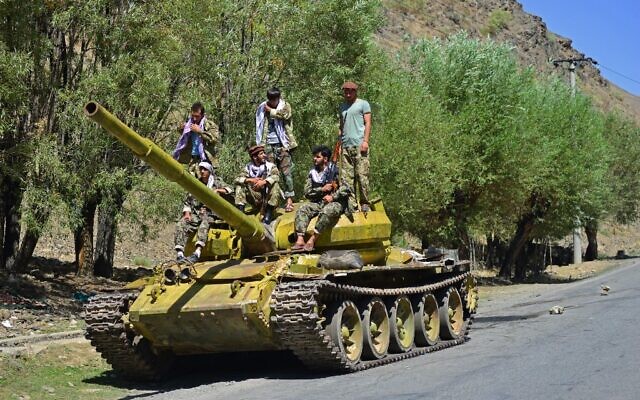 Afghan resistance movement and anti-Taliban uprising forces are pictured on a Soviet-era tank as they are deployed to patrol along a road in the Astana area of Bazarak in Panjshir province, on August 27, 2021 (Ahmad Sahel Arman/AFP)

They have promised a more “inclusive” government that represents Afghanistan’s complex ethnic makeup — though women are unlikely to be included at the top levels.

In Kabul, some 30 women took to the streets on Friday to demand the right to work and inclusion in the government — a day after dozens held a similar protest in the western city of Herat.