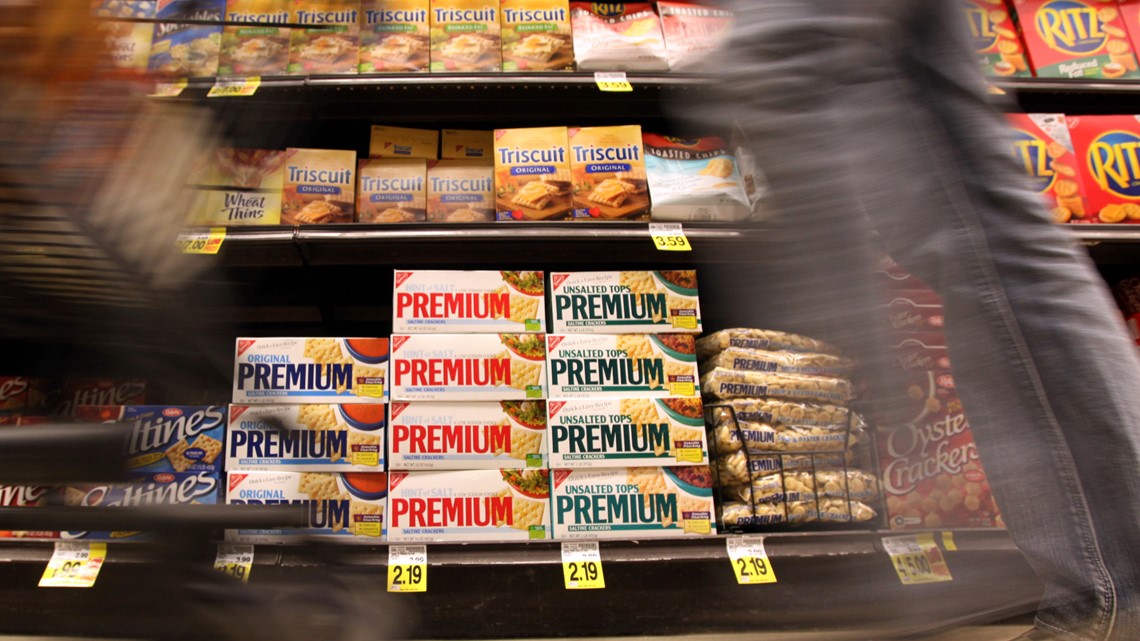 “We’re not asking for a lot,” one worker at a plant in Richmond, Virginia said. “We just want a fair contract,” he told Yahoo! Finance.

His name: Steven James. He said he’s worked as a machine operator at a plant in Richmond, Virginia for two decades making Oreos, Chips Ahoy! and other household snack names.

Richmond, Virginia is just one of a short list of localities in the U.S. where workers at plants operated by snack giant Mondelez International Inc. have been on a weeks-long strike since early August.

The multi-state pushback against the company, by union workers, began on Aug. 10 at a bakery in Portland, Ore. where unionized workers demanded they get their pensions back. By the end of August reports had estimated that the number of workers striking swelled, at one point, to at least 1,000 Mondelez employees.

Mike Burlingham, the vice president of the Local 364 in Portland (a moniker for branches of the Bakery, Confectionery, Tobacco Workers and Grain Millers International Union) told the New York Times, “We want our pension back. We earned that.” Burlingham said, speaking of workers there, “this is a good job, where people plan for retirement. If the company could have their way, that would be gone and it wouldn’t be a job worth fighting for at all.”

One major issue: Workers say they experienced 12 to 16-hour work days with unfair pay. In a report from the New York Times late last month, union workers said that after a previous contract with the company expired in May, they would put in grueling shifts during the pandemic to meet increased demand, at times double that of a normal 8-hour paid work day.

Union leaders say that Nabisco would try and pay less overtime, while asking plant employees to work extra hours in order to squeeze more out of them, according to the Washington Post.

The media organization More Perfect Union, who advocate for worker’s rights and policy change estimated that workers could stand to loose up to $40,000 per year in future wages. More Perfect Union has accused the company of making employees work 12-hour days along with weekend work, with no overtime pay.

As Mondelez International confirmed in a statement on their website, contracts for the union-represented employees at biscuit manufacturing plants in Chicago and Portland, Ore., along with one in Richmond, Virginia expired at the end of May this year. The locations in Addison, Illinois, Aurora, Colo. and Norcross, Ga., saw BCTGM-represented worker contracts expire at those facilities, which were set up for sales distribution.

The majority of employees, the company said, would see no change to daily overtime, which is set under the offer given on Sept. 2. The agreement laid out by Mondelez was currently set at an additional hour of wage, plus a half, for each hour worked after an 8 hour day is complete. The offer was set to expire on Tuesday Sept. 7, and new contracts would be set at 4-year terms.

In the offer, Mondelez proposes no change to healthcare for current employees, a signing bonus of $5,000, a $0.60 per hour increase in wages per year, a 25% to 50% increase to the company’s 401k match on the first 6% of contributions, and a work schedule scheme that would see workers on 12-hour shifts that alternate 3-4 days a week on “select, high-demand lines” in the company’s bakeries.

On the Mondelez website’s “U.S. BCTGM Contract Negotiations” page, the company says that worker’s B&C Pension Fund is in “critical and declining status,” and according to Mondelez, likely won’t have enough funds to pay all obligations by 2030.

The union (BCTGM) says workers are also protesting plant closures in Atlanta, Georgia and Fair Lawn, New Jersey. BCTGM says the closures are part of a trend that will lead to moving more operations and jobs to Mexico, Yahoo! Finance reported.

James, the machine operator at the plant in Richmond said he was given a one-time hazard pay of $300 for working long hours during the pandemic.

The strikes have picked up traction over the weeks in the media, and with politicians.

Senator Bernie Sanders wrote on Twitter in August, “If Nabisco can rake in billions of dollars in corporate profits, they can afford to treat their workers with dignity and respect.”

DeVito claimed that Twitter removed his verification checkmark from his Twitter account after he sent the tweet in support of the unionized workers, NJ.com reported. But, then Twitter told the outlet that it was because of a verification detail error and that the checkmark had been restored.

As of Saturday, email messages asking for updates on the negotiations as Tuesday Sept. 7 approaches, sent to both the Bakery, Confectionery, Tobacco Workers and Grain Millers’ International Union, in addition to Mondelez International, were not immediately answered.

The company said it plans to use proceeds from the offering for “eligible projects that further the company’s commitment to more sustainably sourced ingredients, reducing waste in packaging, and tackling climate change.”