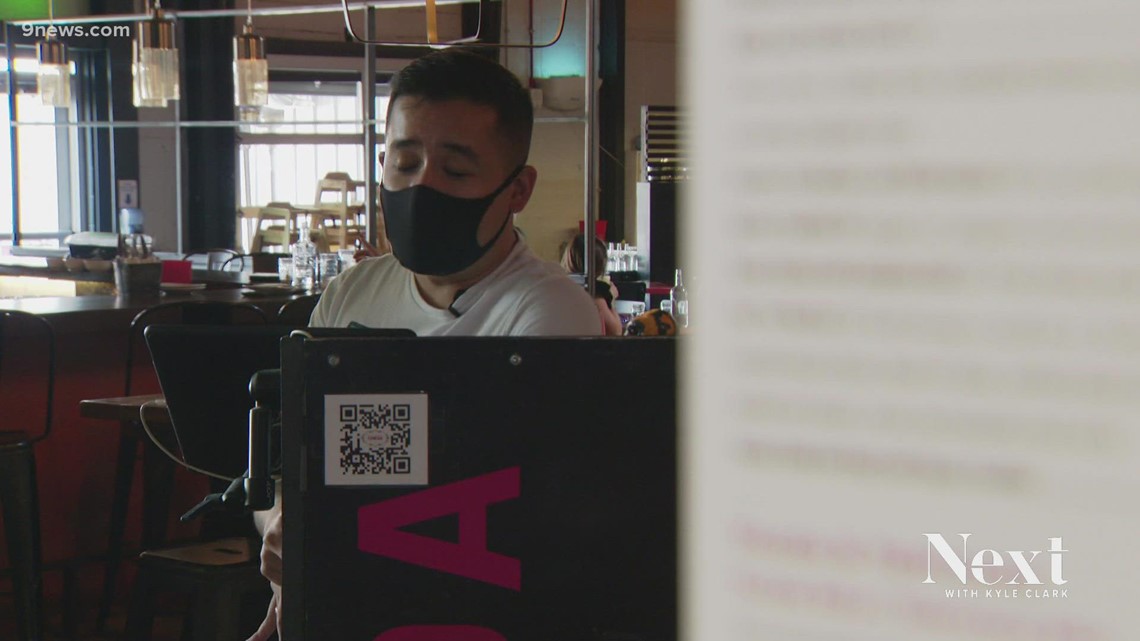 With “we’re hiring” signs showing up around Colorado, how do the number of job openings now compare to previous years?

In the Stanley Marketplace, business at Comida is healthy, which is why it was so demoralizing when Colorado opened up; Comida had to scale back because they didn’t have enough staffing.

“We’re busier than we’ve even been,” said owner Rayme Rossello, “And we chose to close for two days. It’s the right decision but a decision I never thought I would have to make.”

Rossello said with the staffing levels; she knew being open seven days a week would compromise their quality of work. Yet, when she posted job openings, she barely heard back.

While the number of job openings right now feels unique and widespread, the Colorado Department of Labor and Employment said the number of online job openings is actually comparable to 2018 and 2019. The reasons why though, are very different.

While the numbers come with their own caveats, including the potential for duplication, it’s the best set of data the state has.

“2019 was an extremely tight labor market,” said economist Ryan Gedney, “The unemployment rate was below three percent, even up to February of 2020, unemployment was historically low for the state at 2.8%. It was the tail end of a ten year economic expansion.”

When that happens, there’s pressure to pay people more, which can translate to more demands for services, goods, and the need for more employees.”

“However, this current pandemic is a totally different situation,” said Gedney.

Colorado lost around 375,000 jobs between March and April of last year, tanking leisure and hospitality numbers to a level the state hasn’t seen since 1992.

“There’s a tremendous gap to fill there,” said Gedney.

With the virus, businesses across the board took hits simultaneously and opened up at around the same time and are competing to hire the same pool of people.

The Colorado Restaurant Association said a lack of affordable housing, child care, and the spread of the Delta variant are all factors.

People also moved away or dispersed during the pandemic.

The Department of Labor and Employment said while some sectors like restaurants and hospitality are struggling with filling positions, in general, from December 2020 through July of this year, the state added more than 100,000 jobs.

Another dynamic is that Colorado is seeing a higher pace of people looking to go back to work. However, the state’s unemployment rate is at 6.1% versus the national rate of 5.4%.

With some unemployment benefits set to expire within the next few days, some hope it could mean more people will apply for open positions.

However, The Colorado Restaurant Association said it could have an impact but didn’t seem to move the needle in significant ways in other states that ended their unemployment benefits early.

The CRA also said the labor shortage is complex and linked to many factors and systemic issues, including housing, child care, and how the Delta Variant plays out.

Gedney, with the state, said preliminary studies show that when federal benefits ended early in other states, it didn’t mark a significant difference in employment levels or job-seeking activity, but more research is needed. He also said the Delta variant and what COVID does are all significant factors that could influence the economic recovery for Colorado and the U.S.

RELATED: From middle school to high school: What you should know about this big transition for teens