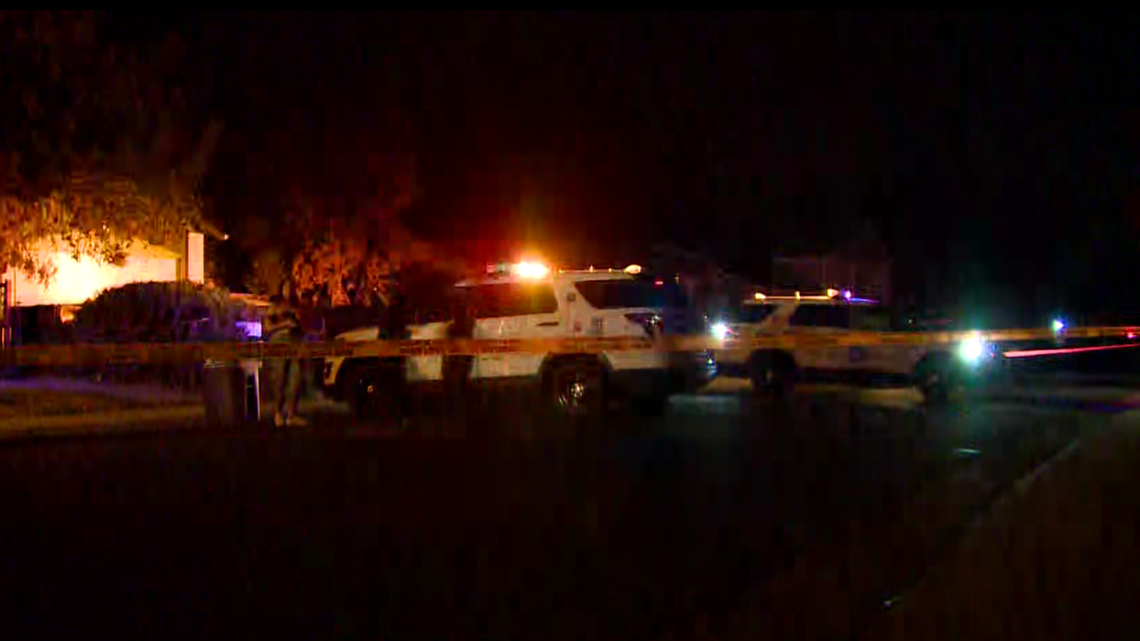 DPD said a man was taken to the hospital. No officers were hurt.

According to the Westminster Police Department (WPD), officers learned that an attempted homicide suspect involved in a domestic violence situation was in that area at around 3 p.m. Friday. and started doing surveillance. They notified their Denver counterparts that they were in the area.

WPD said around 7:36 p.m., the suspect left the home in the 5300 block of Billings Street and there was an exchange of gunfire.

>Watch the full media briefing by Westminster and Denver police above.

The suspect was hit, WPD said, and officers rendered aid and called for help from DPD. He was taken to the hospital, where his condition is unknown.

No officers were injured, according to WPD.

Westminster Police said their preliminary information is that four of their officers were involved. All of them will be placed on paid administrative leave in accordance with policy.

The incident will be investigated by DPD’s major crimes unit.

It was metro Denver’s second officer-involved shooting of the day. Earlier Friday, a suspect in a Denver homicide was killed by Arapahoe County sheriff’s deputies.

RELATED: Woman dead after she was shot by deputy at Arapahoe County apartment complex

RELATED: Two Colorado residents, once on opposite sides of a high-profile murder case, form the most unlikely of friendships