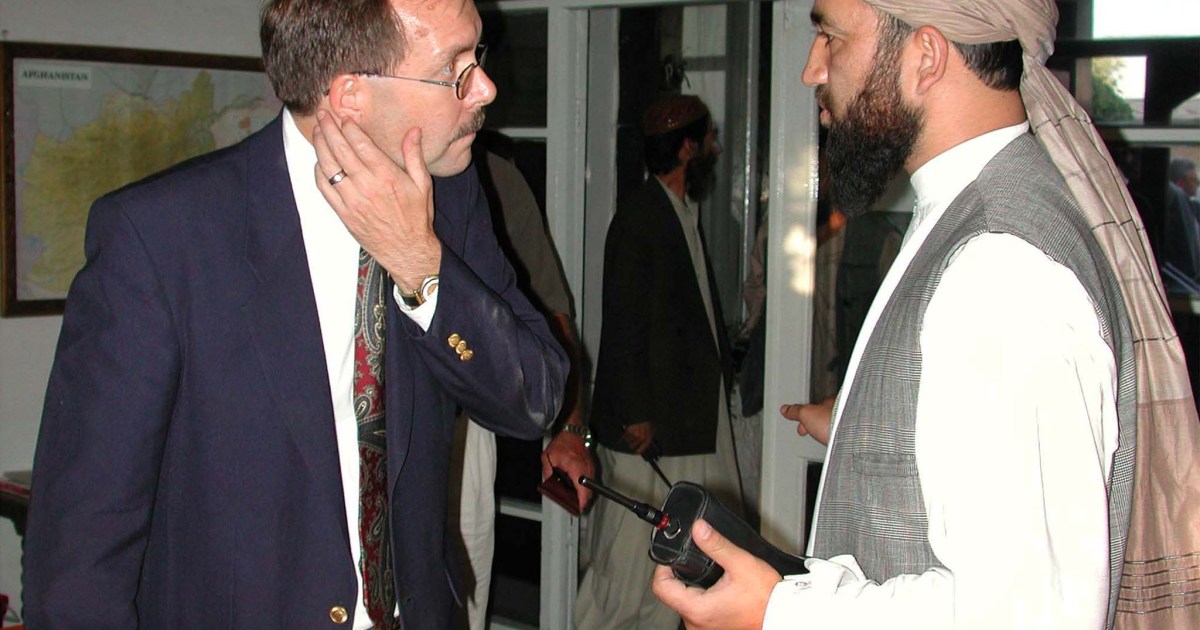 As the world is coming to grips with the sudden change of regime in Afghanistan, it is important to reflect on what led to this point. So far analyses have focused on the corruption and weakness of the Afghan state set up after the US-NATO invasion of the country in 2001 and on the disarray in the Afghan armed forces.

But it is important to consider another aspect of the story – the Taliban’s refusal to negotiate with the Afghan government, which it saw as illegitimate and its determination to wipe it out. Why was the group so relentless on this?

Much of it has to do with decisions that were made mainly by the invading Western forces and their Afghan allies in the 2000s to exclude the Taliban from the nation-building experiment they launched.

In December 2001, a few weeks after the Western forces and their Afghan allies took Kabul from the Taliban, a conference was held in Bonn, Germany to set up the new Afghan government. Attendees included the Northern Alliance, which fought alongside the Western allies, the Peshawar Group of Pakistan-exiled Afghan Pashtuns, the Rome Group of royalists, and the Cyprus Group of Afghans with ties to Iran.

The Taliban, however, was not invited and decisions about the first steps of building the Afghan state were taken without it.

Then in 2002, an emergency Loya Jirga (grand national assembly) was convened, where a transitional government led by Hamid Karzai was elected. The Taliban once again was not invited.

In 2003, a Constitutional Commission was set up to start the constitution drafting process, including public consultations, but again the Taliban was excluded from these proceedings. The constitution was passed by a Loya Jirga in 2004, with its provisions guaranteeing women’s fundamental rights and liberties, reflecting democratic principles and expressing the commitment of the new government to the United Nations Charter and the Universal Declaration of Human Rights.

The consequences of the Taliban’s exclusion from the post-2001 power arrangement have been significant. The Taliban could neither tolerate this marginalisation from the social and political decision-making in Kabul, nor reconcile its hardline ideology with constitutional rights and liberties.

Feeling sidelined at the national and international level, the Taliban regrouped and relaunched offensive attacks against the Afghan government and its Western allies. In the following years, the Taliban inflicted heavy casualties and unnecessary pain and suffering on the Afghan people. It showed no signs of moderating its hardline position on religion.

One could argue that the inclusion of the Taliban in the Bonn Conference would have been problematic and the Northern Alliance would have sought to block it, while families of Taliban victims would have protested it.

Taliban presence in the Loya Jirga deliberating the constitution could also have been a barrier to approving the provisions granting women their rights and liberties and protecting human rights in general.

Nonetheless, it is possible that the inclusion of the Taliban in the 2001 administration in some form would have been viable and that would have had a positive impact. The US and its NATO allies could have pressured the Northern Alliance to accept it, conditioning their financial support on the establishment of an inclusive government – the way they are doing now with the Taliban.

The Taliban could also have been consulted in the constitution-drafting process. In fact, their representatives would not have stood out that much in the Loya Jirga that passed the constitution since there were a number of conservative figures and religious clerics, including Abdul Rab Rasul Sayyaf, Burhanuddin Rabbani, and Skeikh Asif Mohsini in attendance, who were also insisting on their conservative interpretations of Islamic law.

In their defeat, the Taliban leaders may have been more likely to be flexible on certain issues and more likely to engage in dialogue to resolve disagreements. The whole inclusion process may have moderated their religious views and politics and made their stance less stringent. It may also have reflected on their supporters within the Afghan population, which would not have felt as excluded and marginalised by the new Afghan administration.

Some officials have already expressed regret for not making the Taliban part of the political transition in Afghanistan. As Zalmay Khalilzad, the US special envoy for Afghanistan, wrote in his book, The Envoy: “The delegates represented Afghanistan’s diversity, but the Taliban were not present. In retrospect, some have suggested that we erred in not encouraging the Taliban to participate in the Emergency Loya Jirga.”

Unfortunately, no serious efforts were made to reach out to the Taliban until it was too late. Having made spectacular territorial gains in the past five years, the Taliban negotiated from the position of strength, not of weakness in the US-Taliban and intra-Afghan talks, and its leadership was, therefore, much more uncompromising.

After returning triumphant to Kabul 20 years after being expelled by a foreign force, the Taliban is now approaching other factions from the position of power. One of the Taliban’s main negotiators is Anas Haqqani, a leader of the Haqqani Network, which is still on the US list of terrorist groups. Haqqani is a hardline figure and is unlikely to make compromises on the application of a conservative interpretation of Islamic law.

Apart from the hardliners in the leadership, who are pressing for Islamic law, the group’s rank and file, as well as supporters among the civilian population, are also expecting a religiously conservative regime to be established. Not doing so would risk alienating a lot of these people, which is not something the Taliban leadership can afford to do at the onset of its government in Afghanistan.

The only course of action left for the US and its Western allies is to try to pressure the Taliban by withholding international recognition or financial assistance. How successful that would be remains to be seen. However, it is for now clear that women’s and minority rights as well as democratic principles will suffer a setback in Afghanistan.

Afghans have paid a heavy price for the miscalculations and failed policies pursued by Kabul and Washington in the past two decades. This is the sad outcome of the Taliban’s exclusion from the post-2001 administration.

The views expressed in this article are the author’s own and do not necessarily reflect Al Jazeera’s editorial stance.