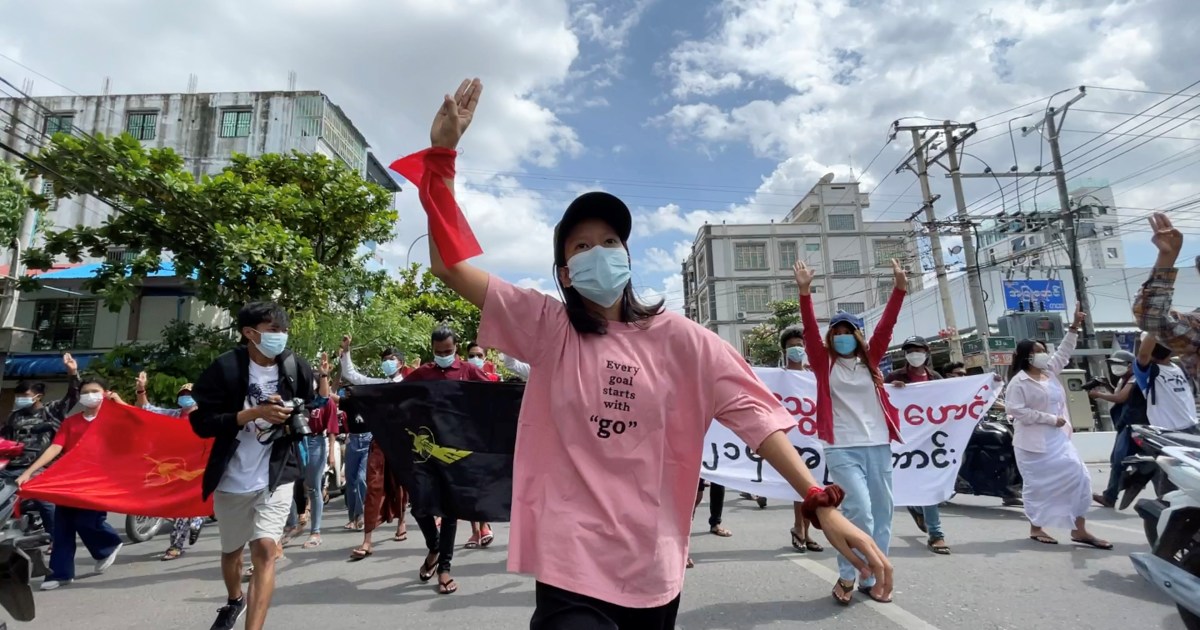 The United Kingdom has announced new Myanmar sanctions, saying it was targeting a key business associate of the military government for providing arms and financial support following a coup earlier this year.

The UK’s foreign ministry said it would impose an asset freeze on conglomerate Htoo Group of Companies and its founder Tay Za, adding that the tycoon was involved in arms deals on behalf of the military.

The UK has previously imposed sanctions on individuals and entities in Myanmar following the February coup.

“The military junta has shown no signs of halting its brutal attack on the people of Myanmar,” UK Foreign Secretary Dominic Raab said in a statement.

“Along with our partners, the UK will continue to restrict the junta’s access to finance and the supply of arms used to kill innocents, including children, and target those who support the junta’s actions.”

The sanctions will freeze all British assets held by Htoo Group and Tay Za and forbids the tycoon from entering the country.

The UK said Tay Za was associated with the military “through his extensive links with the former and current junta regimes”.

It accused him of providing support for “serious human rights violations in his role in assisting the military to procure arms”.

7 months after the coup in #Myanmar, what is clear is that whether in the cities or villages the opposition is unbroken and unbowed. This military junta cannot win the hearts & minds of ordinary people, and needs to be held accountable for their crimes against humanity. https://t.co/enNhdbWBNh

In July, the United States also sanctioned Myanmar’s Minister of Information Chit Naing, Minister for Investment Aung Naing Oo, Labour and Immigration minister Myint Kyaing, and Thet Thet Khine, the minister for social welfare, relief and resettlement, as well as three members of the powerful State Administrative Council and their families – who are linked to the military coup.

The February military takeover has so far left at least 1,045 dead, according to rights group Assistance Association for Political Prisoners, with more than 6,000 people also currently in detention for opposing the military rulers.

Meanwhile, protests continue across the country demanding the restoration of democracy. In Sagaing region, hundreds of people carried out a night strike on Thursday, while a group of monks in Mandalay called for an immediate end to military repression.