9NEWS viewers shared their videos and photos from the Friday afternoon storm.

ARAPAHOE COUNTY, Colo. — The came down so fast Friday afternoon that it quickly covered roadways causing some hazardous driving conditions. The fast-moving storm also brought hail, which piled up like snow in places south of Denver.

9NEWS viewers were kind enough to share their own videos and photos from the storm.

In a tweet, South Metro Fire Rescue (SMFR) said it was responding to some storm-related incidents, including drivers who were stranded in high water. The agency said, however, that no one needed rescuing and that there were no injuries.

A spokesperson for the agency said there were four 911 calls but because the water receded so quickly, no one actually needed to be rescued.

The Arapahoe County Sheriff’s Office (ACSO) said both directions of South University Blvd are closed at East Otero Avenue due to standing water.

The video below is from Highlands Ranch where the hail ripped leaves off trees. 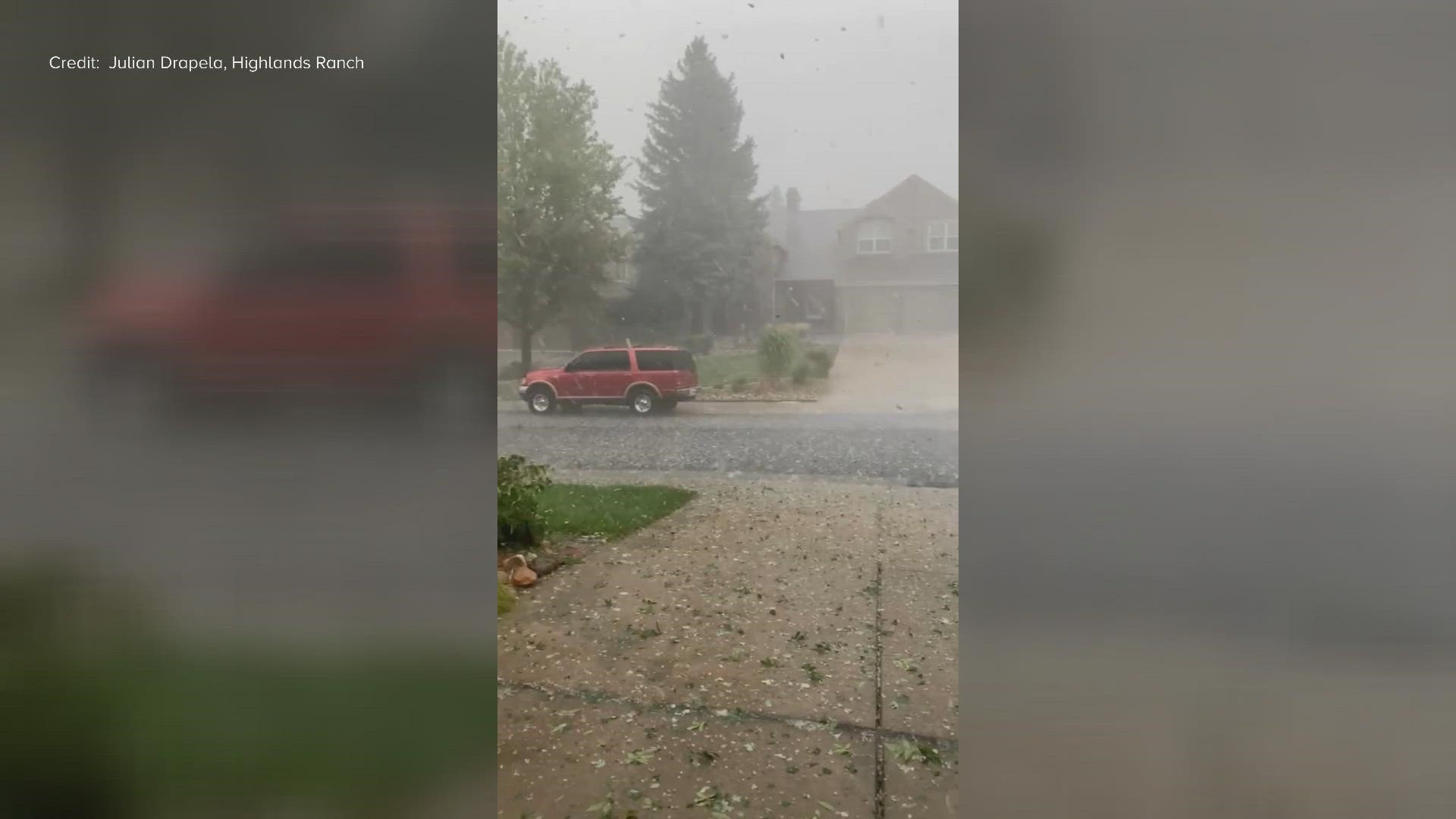 There was even trouble on the highway, with traffic moving very slowly on C470 near University Boulevard when the water pooled up on the roadway. Waves of water could be seen covering the roadway from a Colorado Department of Transportation (CDOT) camera in the area. It also appeared that hail was accumulating on the grassy areas along the road.

The video below shows waves of water on C470. 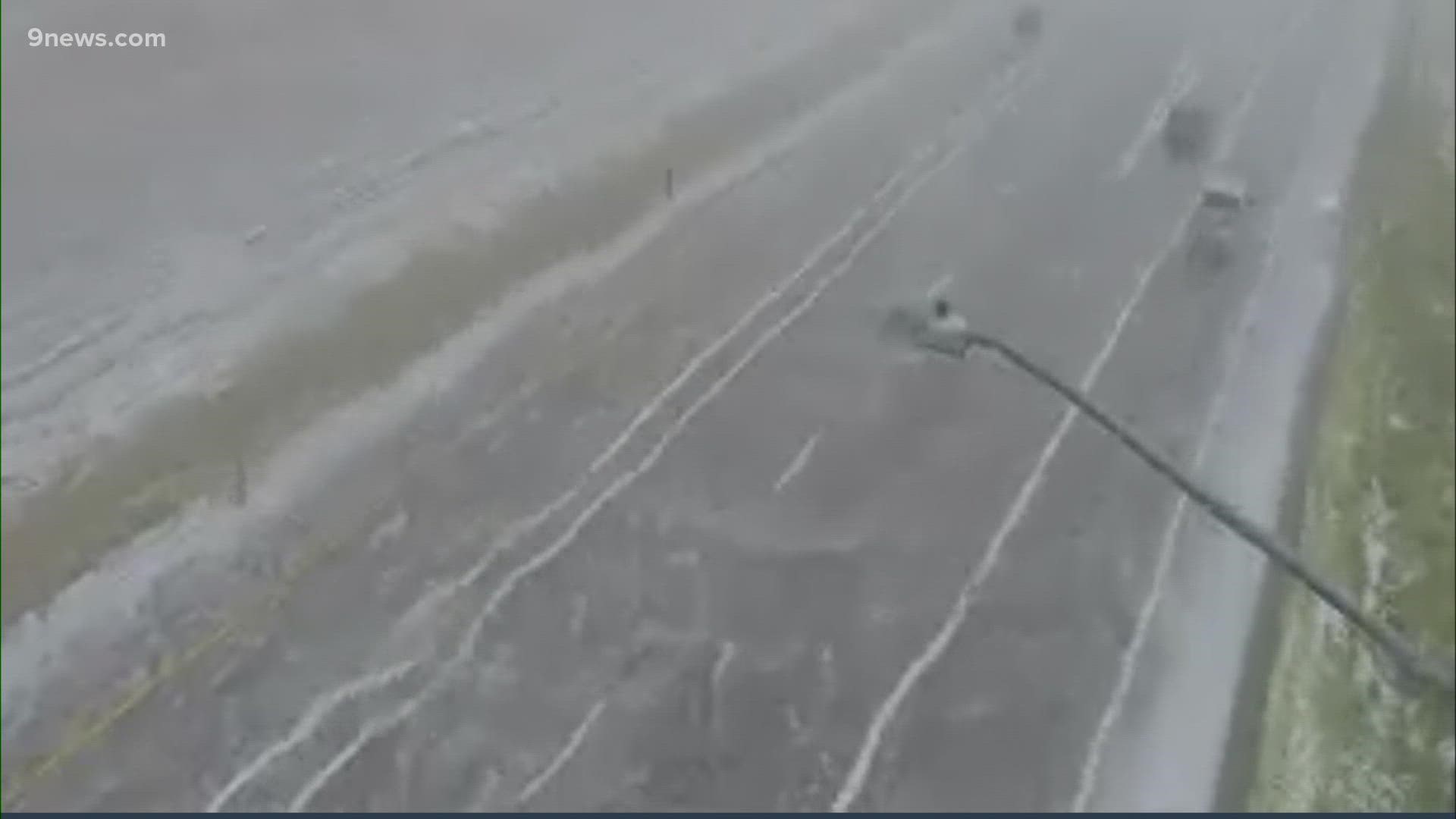 Hail also covered roads and sidewalks, forcing some people to break out their snow shovels in early September. 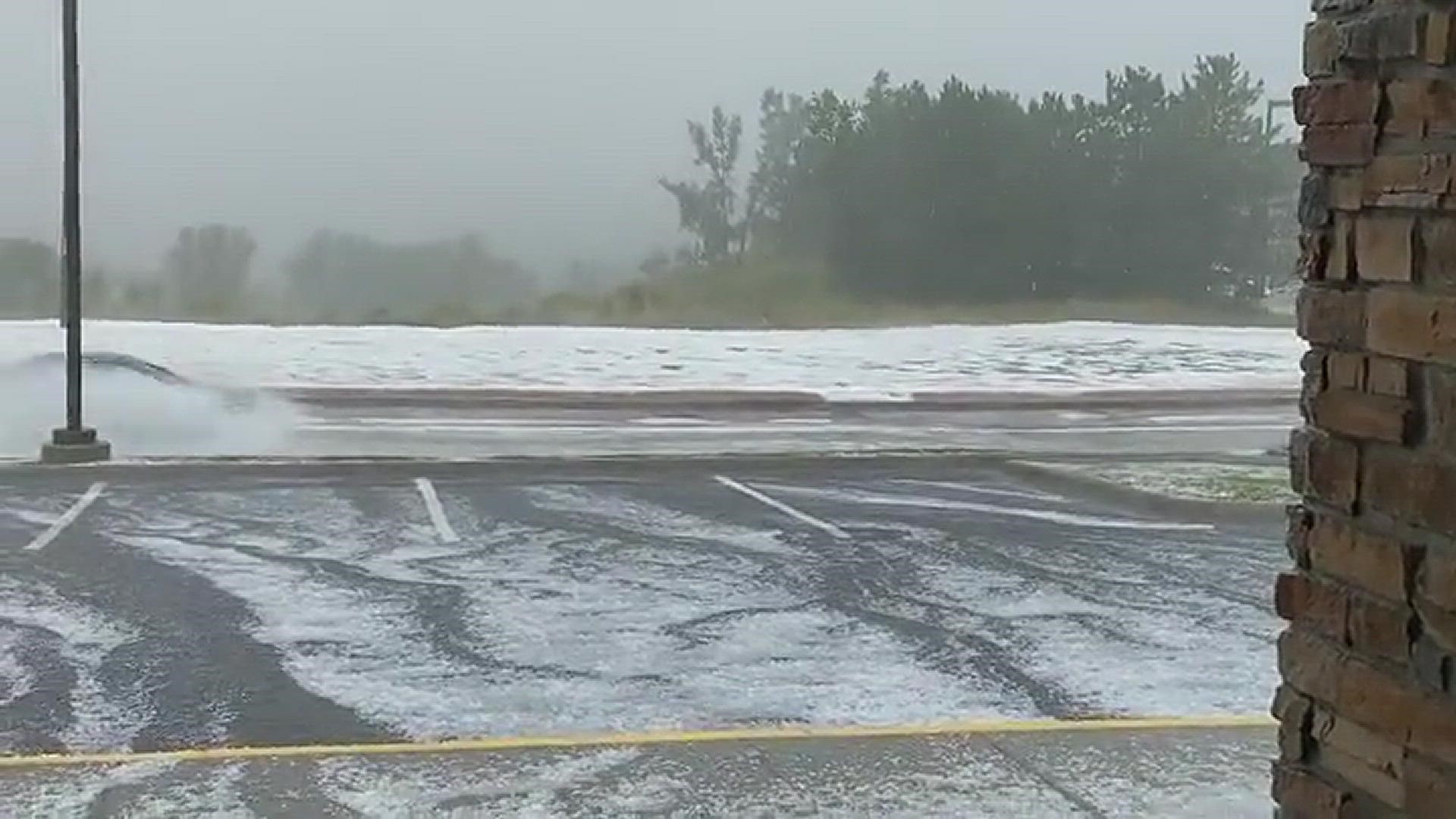 Submit your photos or videos using the Near Me feature of the 9NEWS app or the homepage of 9NEWS.com.