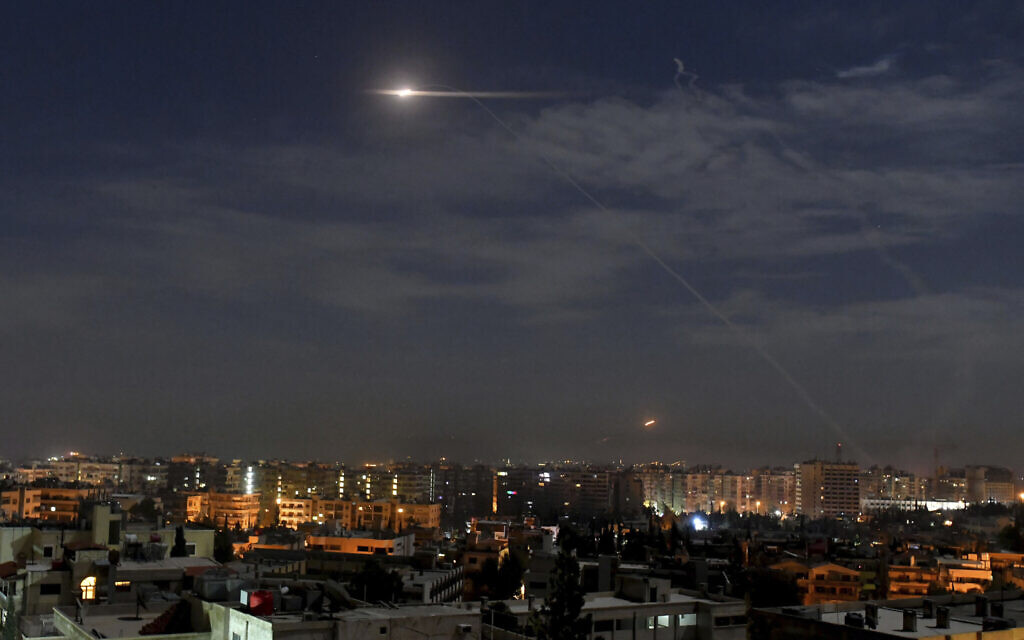 The blast was caused by a Syrian air defense missile that traversed Israeli skies before exploding over the Mediterranean Sea, according to Hebrew media reports.

Incoming rocket warning sirens were not sounded, apparently in keeping with the military’s policy of not triggering alarms for projectiles headed toward unpopulated areas.

There were no reports of injuries or damage in Israel.

The Israel Defense Forces reportedly said earlier it is investigating whether the explosions were the result of errant air defense missiles.

Syria reported that missiles fired from the direction of Lebanon targeted Damascus, but claimed most were shot down by its air defenses.

Syrian air defense missiles have in the past accidentally shot down a Russian military plane and have also reached Cyprus in error.

Video published by SANA purported to show an air defense missile being fired into the air. A blast could be heard shortly after.

The Britain-based Observatory for Human Rights reported that weapons development centers near Damascus used by Iran-backed militias had been targeted in the alleged Israeli strikes.

On August 19, Syria reported alleged Israeli airstrikes from the direction of Beirut.