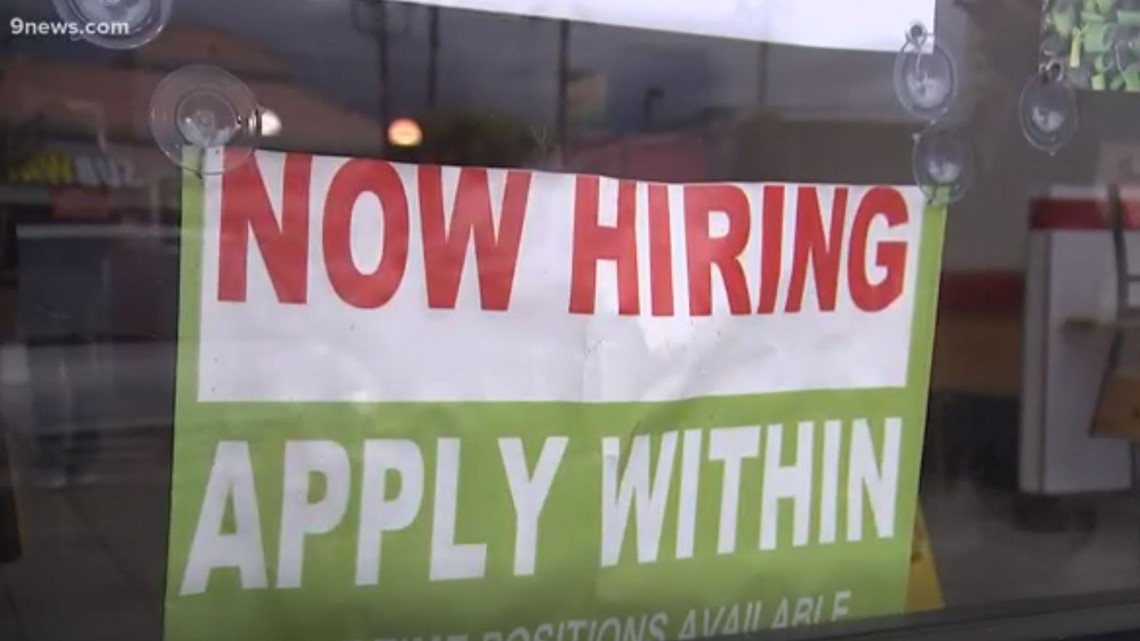 Economists forecast employers added 750,000 jobs in August, far less than in both June and July.

WASHINGTON — A stretch of robust hiring over the past few months may have slowed in August at a time when the delta variant’s spread has discouraged some Americans from flying, shopping and eating out.

Economists have forecast that employers added 750,000 jobs in August, according to the data provider FactSet. That would represent a substantial gain, though below the roughly 940,000 jobs that were added in both June and July. Some analysts are more pessimistic, expecting job growth of 500,000 or less.

But even many of those economists expect any hiring slowdown to be brief. They note that employers are still struggling to fill jobs to meet strengthened consumer demand and have posted a record-high number of openings. The unemployment rate is projected to have dropped in August to 5.2% from 5.4% in July.

The government will issue the jobs report at 8:30 a.m. Eastern time Friday.

The latest figures should provide some clues about how strong hiring will be for the rest of the year. A few months ago, many economists, along with officials at the Federal Reserve and the White House, had looked forward to September and the ensuing months as a period when the job market would return to a consistently strong state from the brief but deep pandemic recession.

With vaccinations spreading, their hope was that as fears of viral infections waned, more people would be eager to take jobs. Schools and child care centers would reopen, enabling more parents, particularly women, to start looking for work. And with a $300-a-week federal unemployment supplement set to expire next week, Fed Chair Jerome Powell and others speculated that more of the unemployed would be looking for work.

All those trends would help more businesses fill more positions and quell complaints from companies about chronic labor shortages.

Now, though, the spread of the virus’ delta variant has called some of those expectations into question. With COVID cases having spiked in July and August, Americans have been buying fewer plane tickets and reducing hotel stays. Restaurant dining, after having fully recovered in late June, has declined to about 10% below pre-pandemic levels.

Some live shows, including the remaining concerts on country star Garth Brooks’ tour, have been canceled. Businesses are delaying their returns to offices, threatening the survival of some downtown restaurants, coffee shops and dry cleaners.

Several academic studies have found that the elimination of the $300-a-week federal jobless benefit in 25 states hasn’t led to a significant increase in the number of Americans seeking work. That would suggest that companies will continue to struggle to find workers in the coming months at the wages they are willing to pay.

There are signs that plenty of companies are still looking to hire, particularly businesses that are not in public-facing service industries like restaurants and bars. The job listings website Indeed says the number of available jobs grew in August, led by such sectors as information technology and finance, in which many employees can work from home.

Walmart announced this week that it will hire 20,000 people to expand its supply chain and online shopping operations, including jobs for order fillers, drivers, and managers. Amazon said Wednesday that it is looking to fill 40,000 jobs in the U.S., mostly technology and hourly positions. And Fidelity Investments said Tuesday that it is adding 9,000 jobs, including in customer service and IT.

Many manufacturers, by contrast, are still struggling with persistent supply bottlenecks. A survey of purchasing managers found that factory output expanded last month even though many companies complained that shortages of semiconductors and other parts, along with shipping delays, were raising costs and limiting production.

The delta variant is causing absenteeism in many factories, the survey found, and factory hiring has slowed because of the inability of some manufacturers to find enough workers.

The supply shortages have also fed an inflation surge, with consumer prices having jumped in July by the most in three decades, according to the Fed’s preferred measure. Rising inflation pressures have contributed, in turn, to a sharp drop in consumer confidence.

Yet consumers, on the whole, have amassed sizable stockpiles of savings, built up from stimulus checks, stock market gains and limited opportunities to spend money during the pandemic. Many economists expect those enlarged savings to fuel more spending in the months ahead.