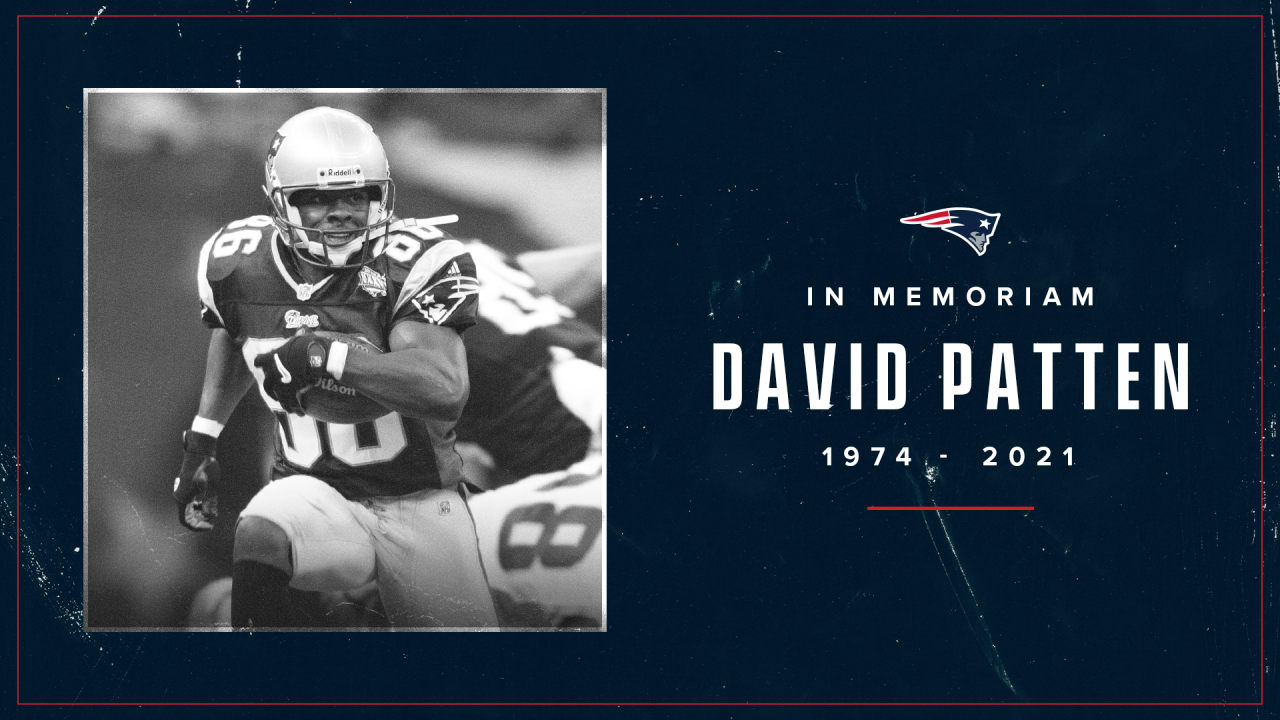 “It breaks my heart to hear of David’s tragic passing at such a young age,” said Patriots Head Coach Bill Belichick. “I am grateful to have coached David. He is an essential person and player in Patriots history, without whom we would not have been Super Bowl champions. I especially appreciate David for his professional journey. As much as anyone, David epitomized the unheralded, self-made player who defied enormous odds to not only earn a job in the NFL but to become a key player on multiple championship teams. I can speak for anyone who had the pleasure to be around David that his work ethic, positive energy and character were elite. My deepest condolences are with his family and loved ones.”

Patten played in 54 regular season games with 44 starts for the Patriots from 2001-04 and also played in six postseasons games with three starts during his tenure in New England. He caught 165 passes for 2,513 yards and 16 touchdowns in the regular season and added 15 receptions for 174 yards with two touchdowns in the postseason for the Patriots. The best statistical year in his 12 NFL seasons was in 2004 with New England when he registered 800 receiving yards and seven touchdowns. Patten was on the receiving end of the second longest pass play in Patriots history, a 91-yard touchdown reception from Tom Brady at Indianapolis on Oct. 21, 2001. In that game, Patten had a career-best performance, as he became the sixth player since 1960 – and the first since Walter Payton (1979) – to rush for a touchdown, catch a touchdown pass and pass for a touchdown in the same game.