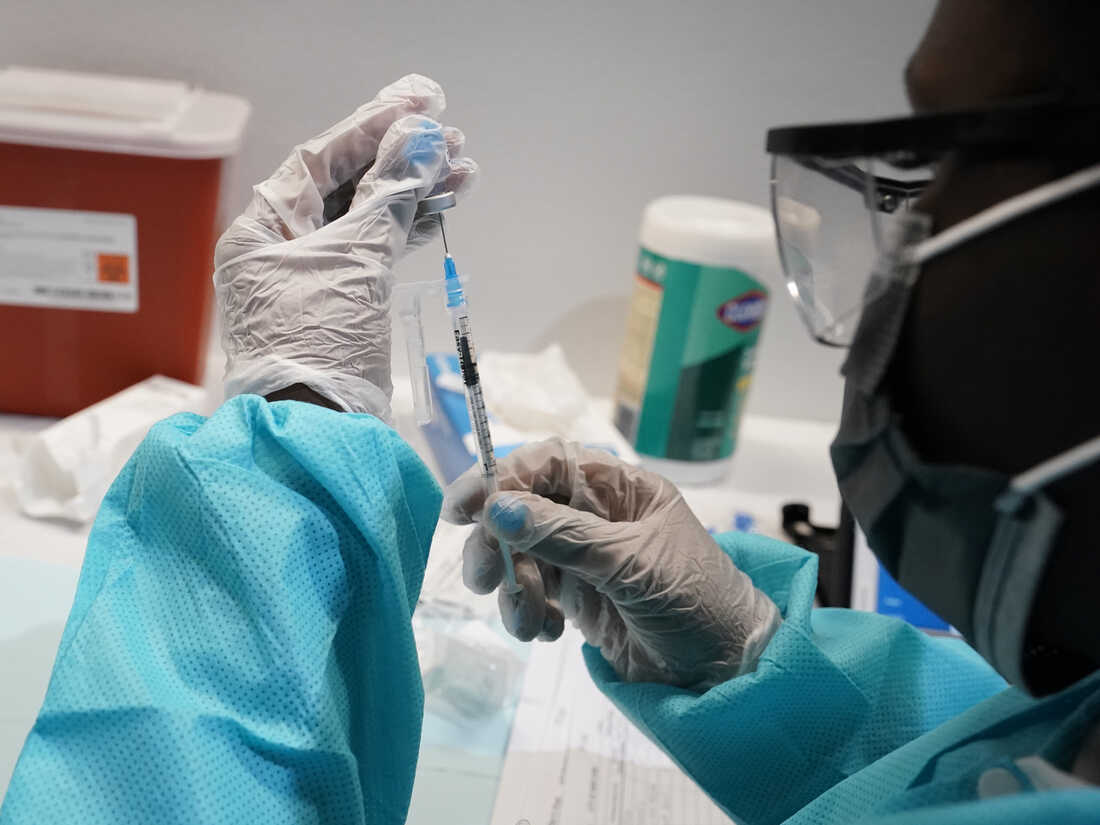 A health care worker fills a syringe with the Pfizer COVID-19 vaccine at the American Museum of Natural History in New York earlier this year. Mary Altaffer/AP hide caption 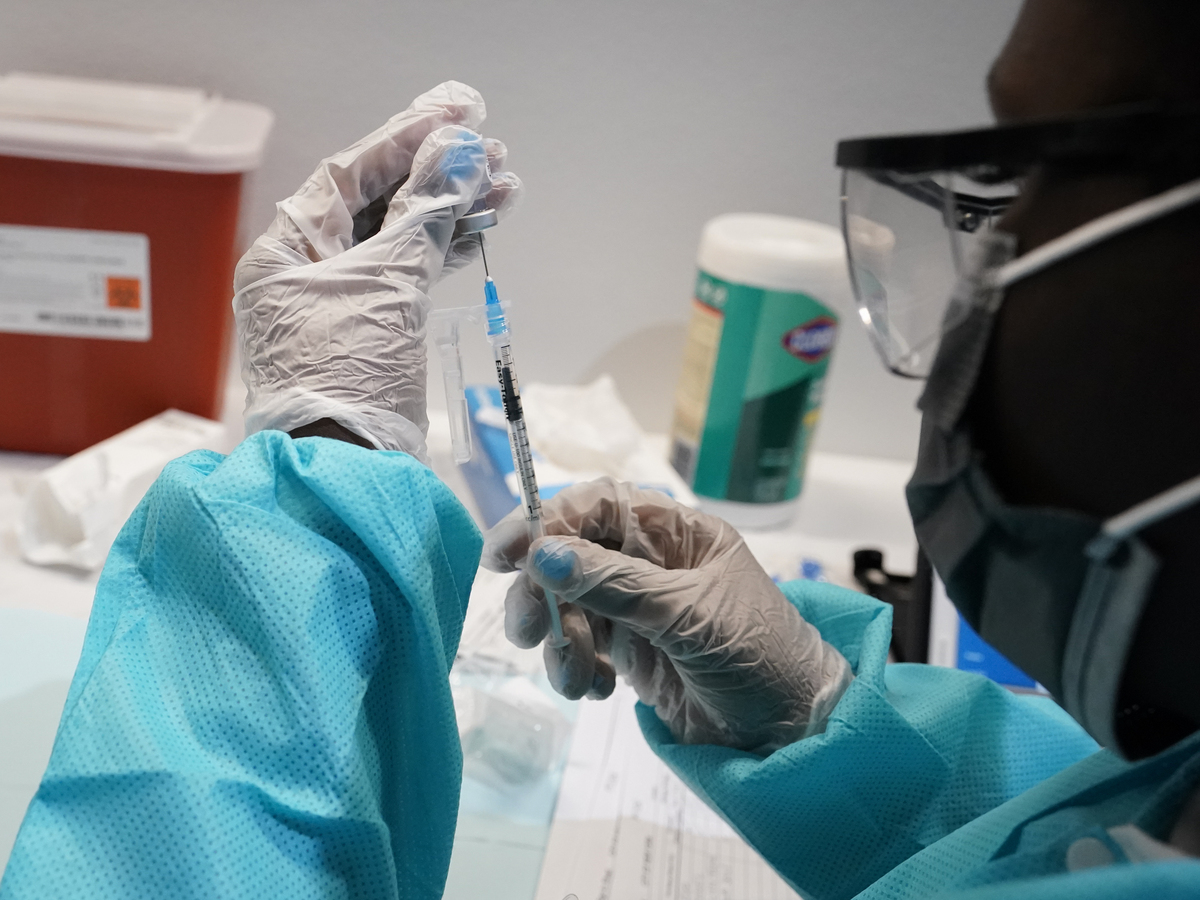 A health care worker fills a syringe with the Pfizer COVID-19 vaccine at the American Museum of Natural History in New York earlier this year.

The leaders of two federal health agencies are urging the White House to rethink its plan to roll out COVID-19 vaccine boosters starting Sept. 20.

The leaders of the Food and Drug Administration and the Centers for Disease Control and Prevention are telling White House COVID advisors that there is not enough data right now to make a blanket recommendation on boosters and that it may be prudent to start boosters with older adults first, pending FDA authorization. That’s according to a source who has knowledge of the situation but is not authorized to speak publicly.

The development was first reported by The New York Times.

In mid-August, President Biden said the administration would begin offering boosters on Sept. 20, pending FDA and CDC approval. It would apply, he said, to people who had received their second shot of the Pfizer or Moderna vaccine at least eight months ago.

Dr. Anthony Fauci, the White House medical advisor, has said that based on data from the U.S. and Israel showing that immunity begins to decline after 6 to 8 months, a booster would be needed.

At a White House briefing Thursday to support a recommendation for boosters, Fauci presented additional data from Israel on the use of a booster in adults aged 60 and older.

The study looked at more than a million people who had received a third shot of the Pfizer vaccine starting at the end of July. Those results showed a strong immune response, Fauci said, adding that he believes a three-dose regimen of the Pfizer and Moderna vaccines would become “routine.”

Based on that and other data, FDA acting commissioner Janet Woodcock and CDC director Rochelle Walensky reportedly urged White House COVID-19 advisor Jeffrey Zients to make the roll out more limited while more data are collected on other age groups – and to base the timing on careful scientific analysis of the existing data, the bulk of which is focused on older adults.

In a statement released earlier this week by the FDA, the agency’s vaccine chief Peter Marks stressed that the agency would follow its usual procedures, including calling a meeting of an advisory board Sept. 17 to review data that has been submitted by Pfizer in support of a booster dose of its vaccine.

“The administration recently announced a plan to prepare for additional COVID-19 vaccine doses, or ‘boosters,’ this fall, and a key part of that plan is FDA completing an independent evaluation and determination of the safety and effectiveness of these additional vaccine doses,” Marks said in the statement.

“The process for authorizing or approving the use of a booster dose of a COVID-19 vaccine involves each vaccine manufacturer submitting data pertaining to safety and effectiveness to the agency to support this use,” he added. “The FDA is evaluating data submitted by Pfizer-BioNTech in a supplemental Biologics License Application for its COVID-19 vaccine and will discuss it with the agency’s advisory committee to inform our decision-making.”

So far, the focus on a booster dose involves the two vaccines based on mRNA technology made by Pfizer and Moderna. Pfizer was the first vaccine to receive authorization for emergency use by the FDA and the first to gain full approval for use in adults 16 and older.

Moderna’s authorization followed several weeks later last winter. Also, Pfizer’s application for authorization of a booster dose was submitted to the FDA earlier than Moderna’s, so it is expected that any action from the health agencies would likely come first for Pfizer, then Moderna.

The Johnson & Johnson vaccine was authorized by the FDA several months later than the Moderna vaccine. Fauci and others have said they expect that people who received that single-dose vaccine would also need an additional dose as a booster.