The watch is on now for Philadelphia 76ers star Ben Simmons. The cat is out of the bag and the 25-year old officially wants out of the City of Brotherly Love which means every day is now trade watch for Simmons.

There are a few teams that have an interest in acquiring the embattled star such as the Minnesota Timberwolves and the Toronto Raptors at the forefront of talks.

There is another team that makes a lot of sense for Simmons too and that is the Golden State Warriors. That is unless they want to get rid of Draymond Green for the young star.

Green, while much older, is a similar player to Simmons in the fact that he is an elite defender, he makes plays for his teammates, and he does all of the little things that help the Warriors win games. It would not make much sense for Golden State to have two of the same player.

Per Monte Poole of NBC Sports Bay Area, that is what is deterring the Warriors from making a move for Simmons:

The Warriors, according to sources, are divided on the subject. Some see great potential in having two skilled players thriving in the ball-movement principles, especially in transition. Simmons also happens to be six years younger than Green.

Others, however, believe having two non-shooters on the court is too crippling for an offense, even with Stephen Curry and Klay Thompson, to overcome, particularly in the postseason.

The thing is, Philadelphia will not be able to acquire Curry or Thompson in exchange for Simmons. If Golden State would rather not include Green in any trade talks for the embattled star and keep the proven veteran, then why make a deal with the Warriors? It would seem that they would be out of the Simmons sweepstakes at this moment in time. 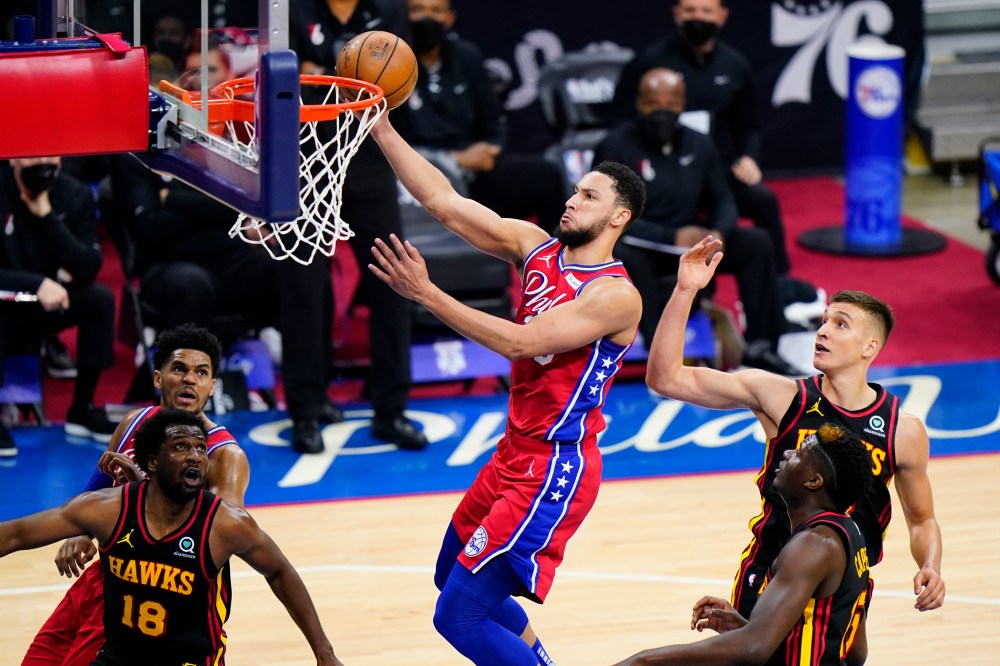