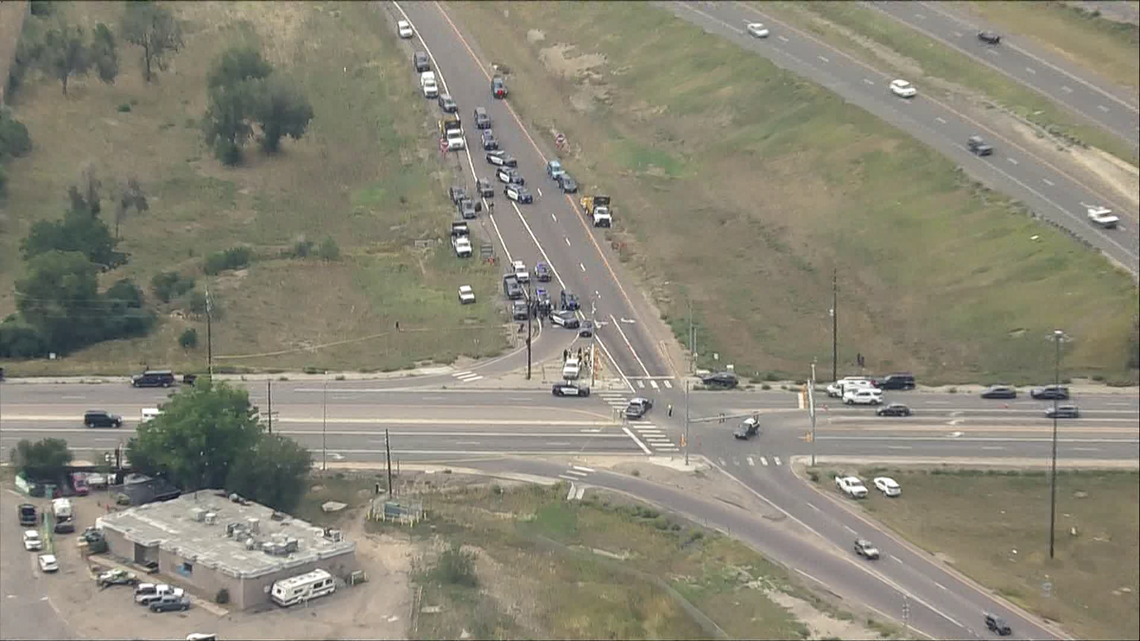 A 33-year-old man was waving a a gun around, and gunshots were exchanged when a deputy engaged him, Jefferson County Sheriff’s Office said.

ARVADA, Colo. — Jefferson County Sheriff’s Office (JCSO) said a suspect is dead after an officer-involved shooting near an interstate ramp in Arvada on Thursday afternoon.

Around noon, calls were made into dispatch reporting a 33-year-old man standing next to a motorcycle and waiving a gun near the the I-76 off-ramp at Sheridan Boulevard, according to Karlyn Tilley, JSCO public information officer.

A deputy who responded a short time later engaged the suspect, and gunshots were exchanged after the suspect pulled a gun out of his waistband, Tilley said.

The suspect was killed, and the deputy was not injured, the sheriff’s office said.

The motorcycle the suspect was standing next to was reported stolen, but Tilly said his relationship to the vehicle is under investigation.

The sheriff’s office did not provide any additional information on the suspect, and the investigation is ongoing.

Roads in the area were closed while authorities investigated, and the sheriff’s office said there was no threat to the public.

From there, an awards committee revieKarlyn Tilleyws the information provided and, if the information leads to an arrest, the tipster will be notified. Rewards can be collected using the code numbers received when the tip was originally submitted.