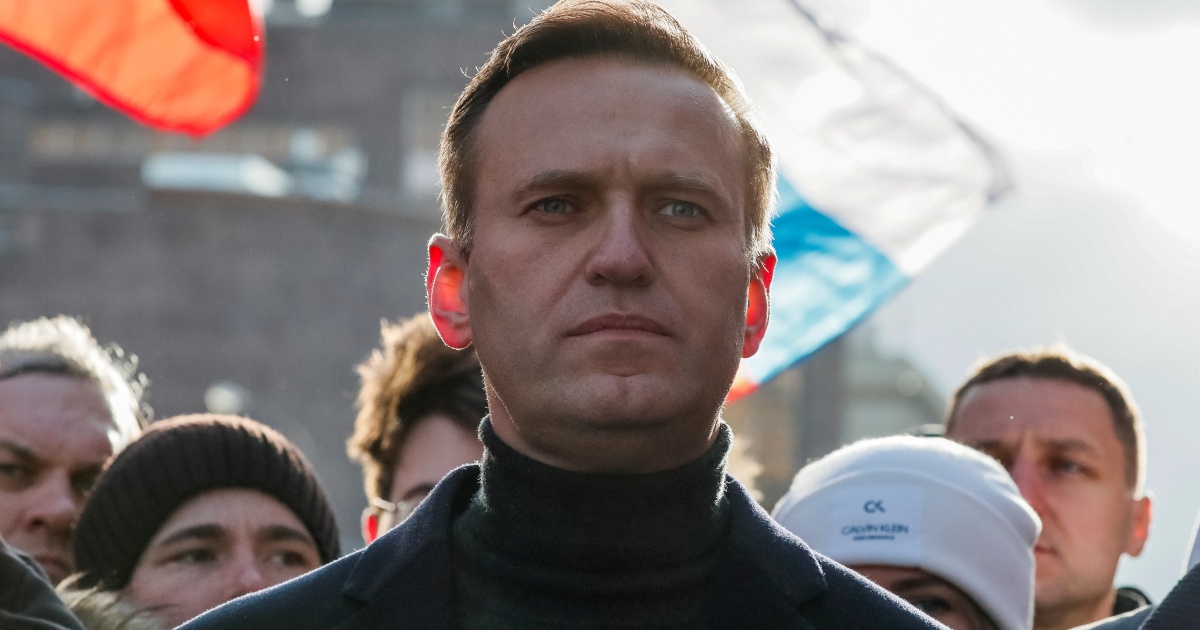 Media regulator warns Western tech giants could be held criminally liable if they do not comply with Russian law.

Russia’s state communications regulator is warning that the refusal by Google and Apple to remove jailed Kremlin critic Alexey Navalny’s app before elections could be seen as interference in the country’s domestic affairs.

On Thursday, Roskomnadzor ramped up pressure on the Western tech giants saying they could be held criminally liable if they continue to refuse to comply with Russian law.

Parliamentary elections are scheduled for later this month, with nearly all vocal Kremlin critics including Navalny’s allies barred from running.

“Criminal liability is foreseen for organising, as well as taking part in the work of extremist organisations banned in Russia,” the regulator said in a statement.

Failure to block the app “can be considered interference” in Russian elections and will lead to hefty fines, the statement warned.

Roskomnadzor said Google and Apple could face an initial fine of up to four million roubles ($55,000) for not restricting access to the app, Interfax news agency said.

“Failure to take action is a breach of Russian law … and may also be viewed as interference by the US companies in Russia’s elections,” it said.

“Such arrogant, selective behaviour and demonstrative disregard for multiple requests by authorised Russian structures regarding content recognised as extremist is becoming truly unacceptable,” she told reporters.

Opposition leader Navalny has seen his organisations declared “extremist” and banned this year, while all his top aides have fled the country.

The media regulator has since barred dozens of websites linked to Navalny including his main website navalny.com.

In a message from prison, Navalny has urged supporters to download an app that aims to help Russians to vote out candidates from the ruling United Russia party in the upcoming polls.

The “Smart Voting” tactic has led the increasingly unpopular United Russia party to lose a number of seats in recent local elections.

“If something can be called ‘interference in Russian elections’, it is the attempts of Roskomnadzor to block the Smart Voting app,” Navalny’s spokeswoman Kira Yarmysh wrote on Twitter.

Navalny’s allies are banned from taking part in the September 17-19 elections, and United Russia, which supports Putin, is expected to win despite a slump in its popularity.

The jailed politician’s tactical voting plan is one of the last levers he and his allies have, after a crackdown this year banned his movement.

In a June ruling, a Russian court outlawed Navalny’s Foundation for Fighting Corruption and a network of his regional offices as “extremist organisations”, which barred people associated with the groups from seeking public office and exposed them to lengthy prison terms.

Even those who occasionally mention Navalny’s projects could face reprisals for spreading “extremist” materials.

On Thursday, police in the southern city of Rostov-on-Don arrested an activist who posted a Smart Voting sticker on her Instagram account, and a local court quickly handed her a five-day jail sentence on charges of propagating “extremist” symbols.

The activist, Bella Nasibyan, was detained after she took her three-year-old son to a kindergarten.

Russian authorities also blocked about 50 websites run by his team or supporters for allegedly disseminating extremist group propaganda, and targeted his top associates.