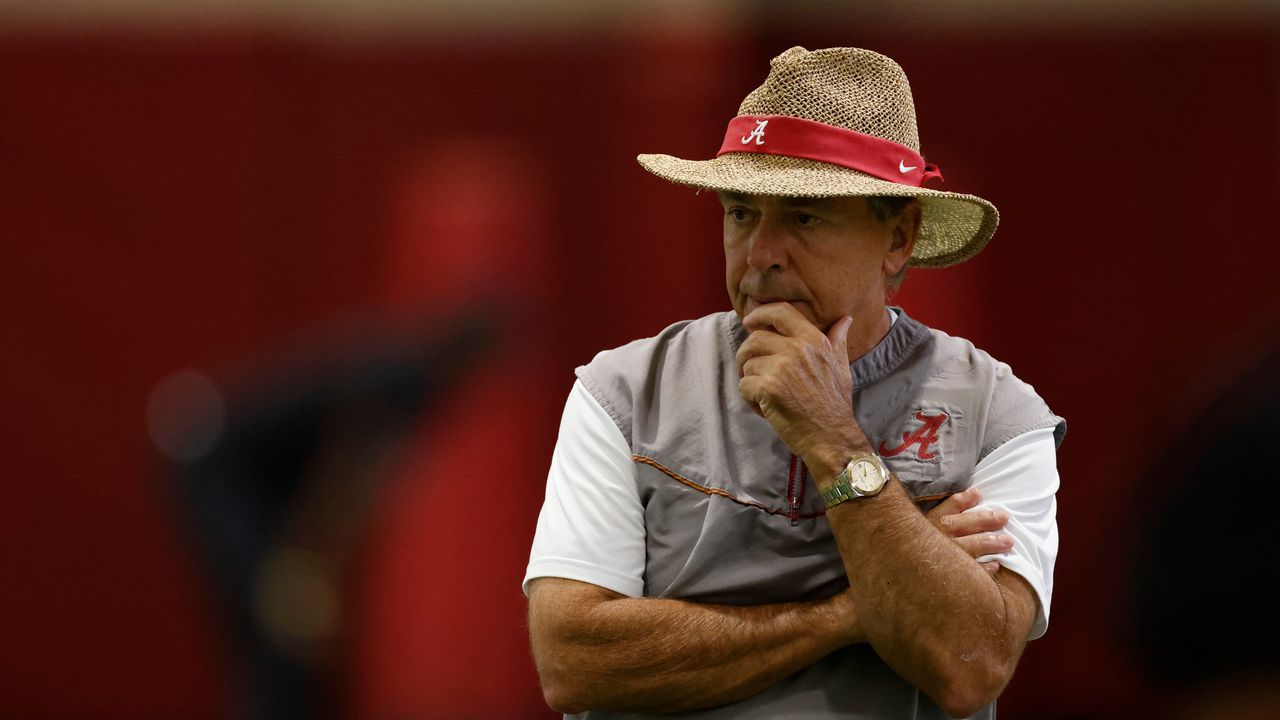 Here were the highlights:

— Saban said players are “very much excited about having a game to play” on Saturday. Saban added it is important for players to keep the right mindset. “We can practice a lot mentally, and I think that can have a huge impact on how we can play and how we can get off to what we hope is a good start,” he said.

— Saban said players will have to get re-acclimated to crowd noise — communicating with hand signals and not as much verbal. They spent Wednesday’s practice with crowd noise and will do the same Thursday, he said.

— Saban said Jalyn Armour-Davis is healthy and ready to go.

— Saban said Miami offensive coordinator Rhett Lashlee has done a great job a Miami and their tempo is faster than what it was when he was at Auburn. “I think he’s done an outstanding job with the players he has at Miami,” he said.

— Saban said Miami’s defense is “very aggressive” and that has “contributed to their success in the past.”

— Asked about Mac Jones, Jalen Hurts and Tua Tagovailoa starting in the NFL in Week 1, Saban said all three “did an outstanding job” at Alabama and he’s happy to see they’re getting an opportunity to start. “I never had any issue thinking they would not have successful NFL careers,” he said. “Now they have the opportunity to see how successful they can be.” He also cited the quarterback coaches and offensive coordinators at Alabama in getting them ready for the NFL. “We wish them all the best and the best of luck,” he said.

— Saban said some of the young receivers have done “really, really well” and others need to be more consistent. “I think it’s a development process for young players,” he said. “It’s gonna be a little bit of a work in progress and I think with all these guys you’re going to see some really bright signs and other times there will be things we can identify where we need to work on helping their development.”

— Saban said new long snapper Kneeland Hibbett is “good” with good velocity and accuracy, and is athletic in coverage. “I’m very pleased in him, and a lot of confidence in him.”

— Saban said Alabama will need to play with a lot of discipline in their front seven because of D’Eriq King’s ability to run and the Miami offensive line’s experience. “They’re also a very good running team,” he said. “They had great balance last year.”