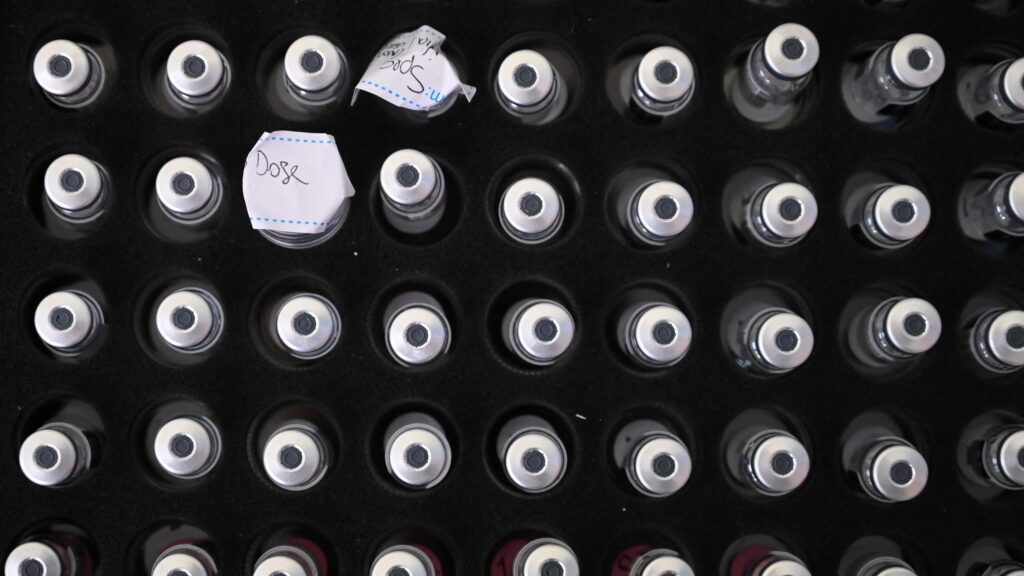 People who are fully vaccinated against Covid-19 appear to have a much lower likelihood of developing long Covid than unvaccinated people even when they contract the coronavirus, a study published Wednesday indicated.

The research is among the earliest evidence that immunization substantially decreases the risk of long Covid even when a breakthrough infection occurs. Already, researchers had said that by preventing many infections entirely, vaccines would reduce the number of cases of long Covid, but it wasn’t clear what the risk would be for people who still got infected after vaccination.

“We found that the odds of having symptoms for 28 days or more after post-vaccination infection were approximately halved by having two vaccine doses,” researchers wrote in the study, published in the journal The Lancet Infectious Diseases. “This result suggests that the risk of long Covid is reduced in individuals who have received double vaccination, when additionally considering the already documented reduced risk of infection overall.”

The long Covid findings came from research that looked more broadly at breakthrough infections — investigating, for instance, which groups of people were at higher risk of such cases. The study relied on data submitted by millions of adults in the United Kingdom who used the Covid Symptom Study phone app.

The U.K. has authorized three vaccines: those developed by Moderna, Pfizer-BioNTech, and Oxford-AstraZeneca, which are all two-dose regimens. The U.S. Food and Drug Administration has not authorized the AstraZeneca shot, but has greenlit a one-shot vaccine from Johnson & Johnson.

Despite the finding that vaccination reduces the risk of long Covid — a fact that experts pointed to as yet another reason for people to get their shots — many questions remain about the cases of long Covid that do occur among people who have been infected after vaccination. It’s not clear if, overall, the symptoms will look different, be milder, or resolve faster than those that strike people who aren’t vaccinated.

Long Covid (also called post-acute sequelae of SARS-CoV-2 infection, or PASC) has been one of the more mysterious and frustrating features of the pandemic. It’s typically defined as the persistence of some constellation of symptoms — including fatigue, forgetfulness, and body aches — for an extended period of time. Some people have milder symptoms — perhaps their senses of taste and smell haven’t fully returned — but some people remain debilitated for months, unable to work or go about their lives. People can become “long haulers” even after mild initial infections.

Whether vaccination protected people from long Covid on top of acute illness has been an open and pressing question, but research and polls have indicated that some fraction of fully vaccinated people are suffering from lasting symptoms.

A July study out of Israel, for example, found that of the 39 fully vaccinated health care workers who got breakthrough infections (out of the nearly 1,500 in the study), seven of them, or 19%, had symptoms six weeks later. They included cough, fatigue, loss of smell, and labored breathing.

The Israeli study looked at data before the Delta variant took off in that country and caused a surge in cases. The variant seems to be causing breakthrough infections at higher rates than other strains, so it’s possible that the absolute number of people who have some case of long Covid will rise with Delta-driven outbreaks. It’s not clear, however, whether on an individual basis, people who have a breakthrough infection caused by Delta face a higher risk of persistent symptoms.

The new study out of the United Kingdom was conducted from December 2020 through early July 2021, a stretch that included the beginning of the country’s spike in cases from Delta. However, the study did not distinguish the risk of long Covid after a breakthrough infection by variant.

The new research had limitations, the authors acknowledged. It was based on people self-reporting their test results and vaccination status. The sample of people who participated also included more women than men and disproportionately few people from “more deprived areas” of the country. It also did not determine any differences by race and ethnicity.